Zimbabwe calm as Mugabe is urged to go peacefully 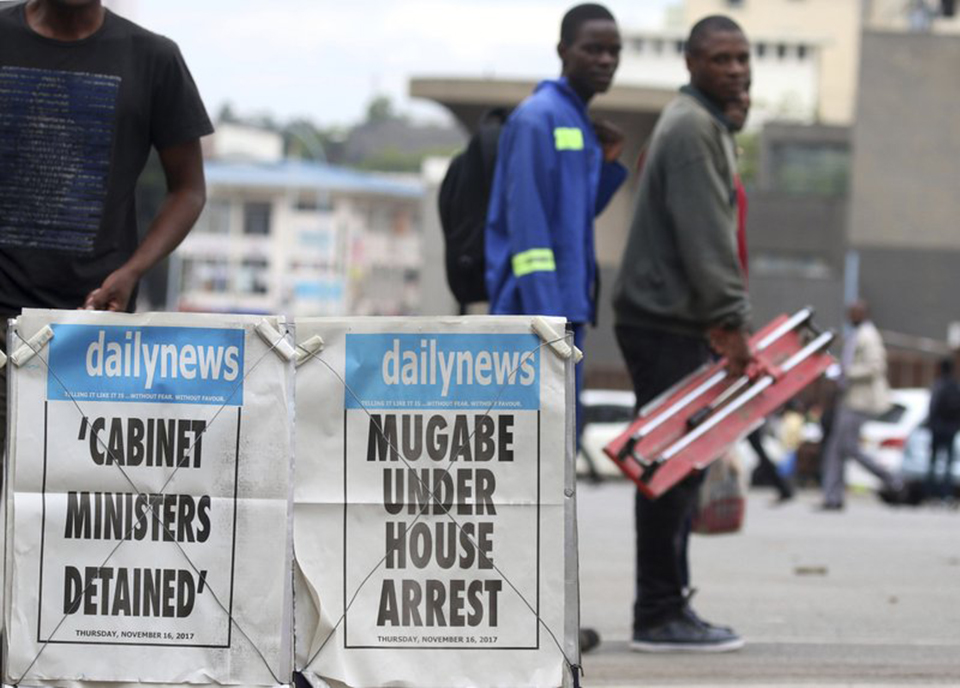 Mugabe has been in military custody, reportedly with his wife, and there was no sign of the recently fired deputy Emmerson Mnangagwa, who fled the country last week.

The military remained in the streets of the capital, Harare. Southern African regional officials were meeting on the crisis in neighboring Botswana, and South African ministers had arrived in Harare for talks with the military and Mugabe.

A joint statement by more than 100 civil society groups urged Mugabe, the world’s oldest head of state, to peacefully step aside and asked the military to quickly restore order and respect the constitution. A joint statement by churches also appealed for calm.

Amid the political limbo, Zimbabweans were enjoying freedoms they haven’t had in years. The shift to military control brought a kind of fresh air.

For once, Zimbabweans weren’t contending with bribe-seeking police officers who mounted roadblocks every few miles (kilometers).

Soldiers manning the few checkpoints on roads leading into downtown Harare greeted motorists with a smile, searching cars without hostilities and wishing motorists a safe journey.

Street vendors who endured police raids after Mugabe ordered their removal were working without hassles. Trade unions urged workers to go about their business.

“The situation is quite OK because they are now returning to their jobs,” said one Harare resident, Clinton Mandioper.

Human rights groups urged respect for rights as the drama played out.

Amid questions about the whereabouts of first lady Grace Mugabe, one Namibian newspaper, the New Era, reported that the country’s foreign minister denied she had fled there.