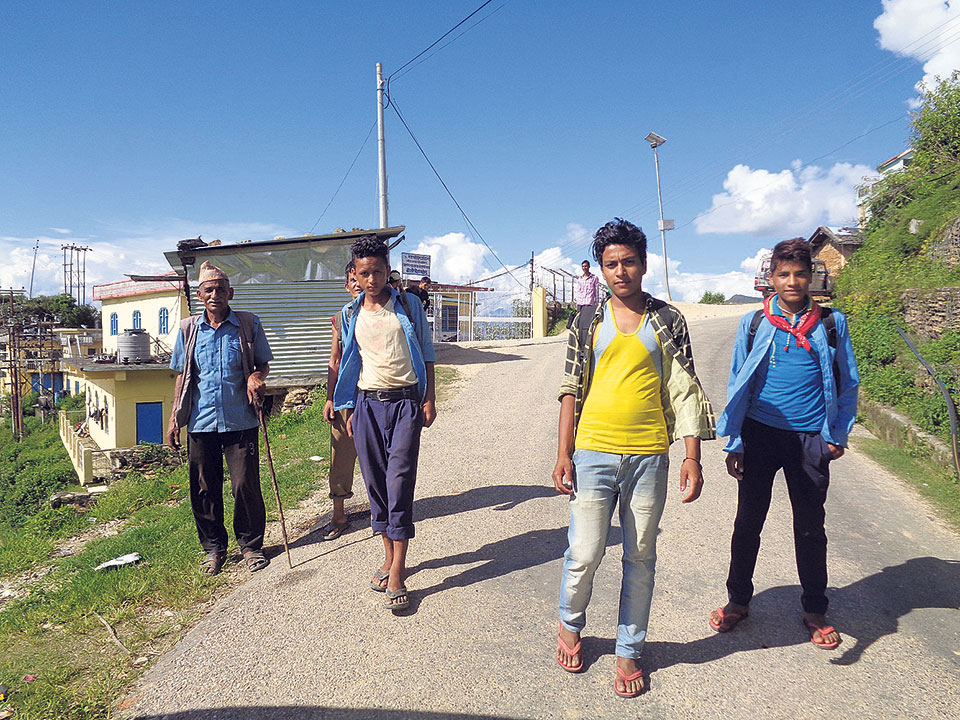 Locals of Baitadi, ready to move to India for employment.

BAITADI, August 19:  Despite the government’s efforts in giving different types of incentives to the youth for self-employment at home, the youth of Baitadi are still very much attracted to foreign employment.

Low income, low level of social awareness, and attraction of foreign jobs are some of the reasons that are pushing the youth to go abroad.

In Fiscal Year 2016/17, a total 1,888 locals from Baitadi district got recommendation letter from the District Administration Office (DAO) for passport. Of which, 631 got their passports from the district, while the rest 1,257 received their passports from Kathmandu using fast track service at the Department of Passport, as per data provided by Dipak Kumar Acharya, deputy chief district officer of Baitadi.

The exact statistics of youth going to India for work is yet to be received. However, the number is in thousands each year, as per Nar Bahadur Chand, president of Baitadi Chamber of Commerce and Industry.

Due to the youth leaving the country for foreign employment, it is hard to find youth in the villages these days. Upon a tour to the villages, one will possibly find only the elderly, women and children left in many of the households.

Janak Singh Saud from Shivnath rural development said that he went to India after not finding a satisfactory job inside the country. Recently he is working in Mumbai, India. Saud is one of the many youth that are migrating abroad in search of employment, hoping to make more money. He said that he had submitted the application to Agricultural Development Office for agricultural subsidy though his name was not in the recommendation list.

Saud said he did not get a recommendation as he did not have any political connections. “Only party cadres receive subsidies,” he said: “Real farmers are still suffering.”

Government and non-government bodies have been claiming that they are working in the districts to engage the youth in income generating activities inside the country but still the number of migrant workers has not decreased. Locals say that due to lack of effective implementation, programs aimed at self-employment and poverty alleviation and subsidies provided by the Agriculture and Livestock Development Office have not been effective.

POKHARA, July 29: Some 27 complaints on foreign employment frauds have been registered during two months at the branch office... Read More...