KATHMANDU, Aug 8: After the government agreed to address the demands of hunger strikers, Iih, the initiator of the ‘Enough is Enough’ campaign, has ended his 23- day hunger strike Sunday morning. 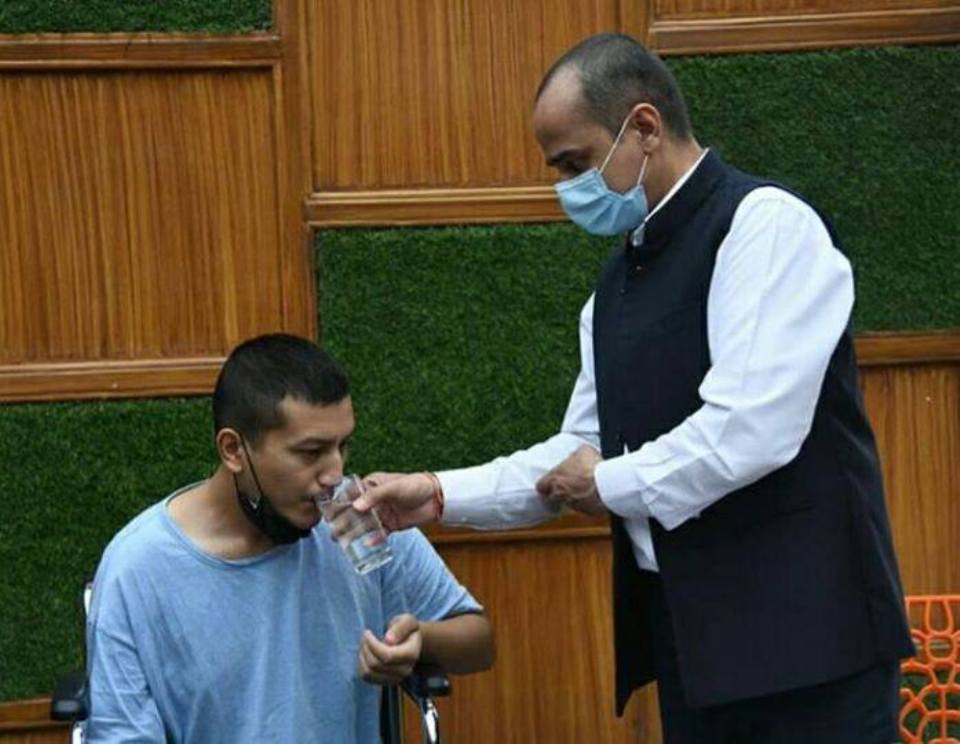 The government and the agitating youths signed a 13-point agreement today morning. This is the second time Lih broke his hunger strike following an agreement with the government.

Accusing the Ministry of Health and Population of making no significant efforts to bring reforms in the ways to fight the pandemic of novel coronavirus disease (COVID-19) in the country, the ‘Enough is Enough’ campaigners had started Satyagraha (relay hunger strike) from July 18 on the Basantapur Durbar Square premises.

Following a 12-point agreement with the government, Pukar Bam and ‘Iih’ of the campaign had broken their 12-day hunger strike earlier on July 7. They sat for the Satyagraha without food and water at Patan Durbar Square.

Enough is Enough was initiated as a Facebook group nearly a month ago to put pressure on the Government of Nepal and relevant authorities for the effective management of the COVID-19 pandemic. In the course of the campaign, various youth groups staged protests in Baluwatar, Bhatbhateni, Maitighar, Shahid Gate, Basantapur, Patan and more than 100 cities and towns across the country. 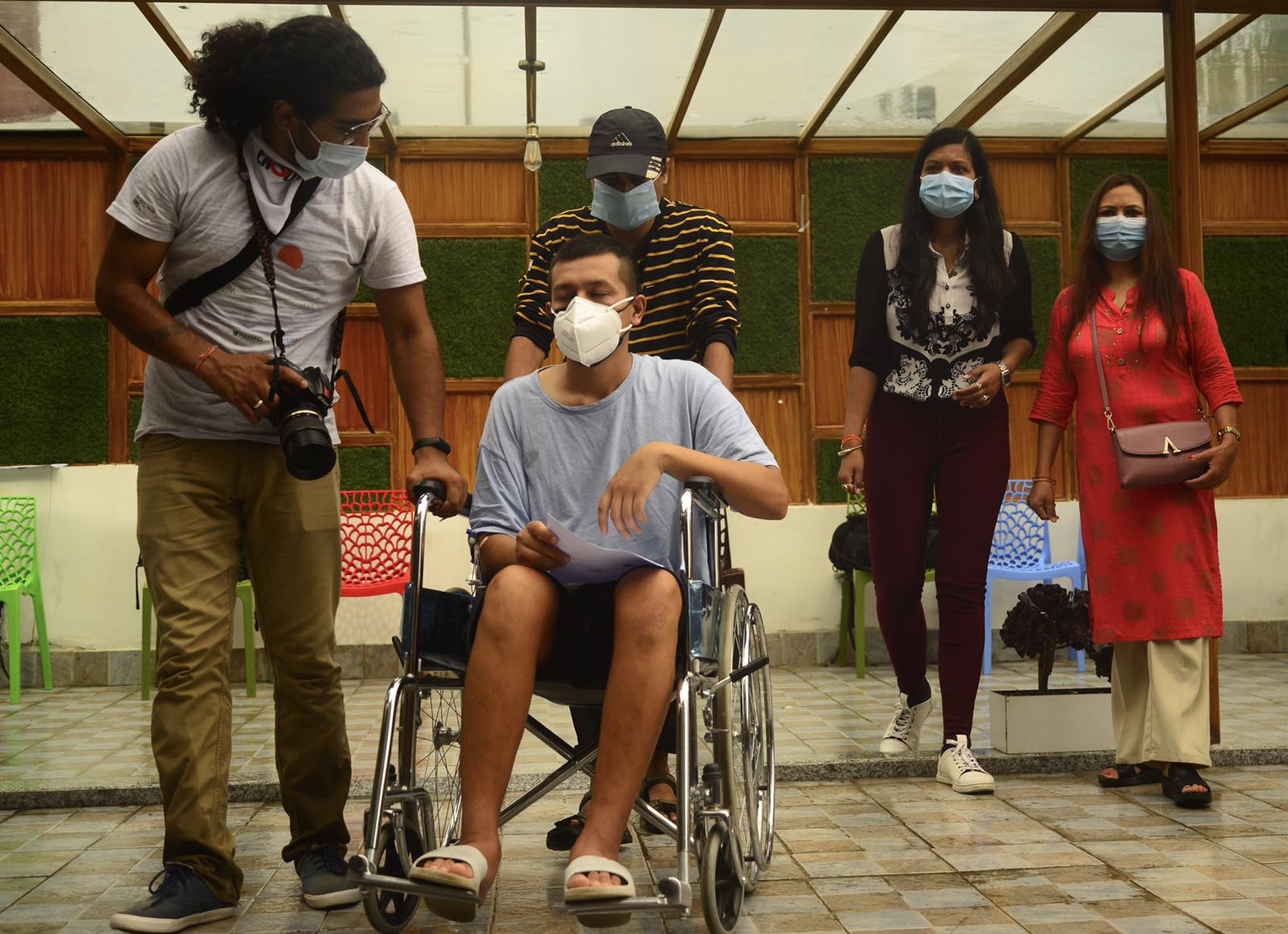 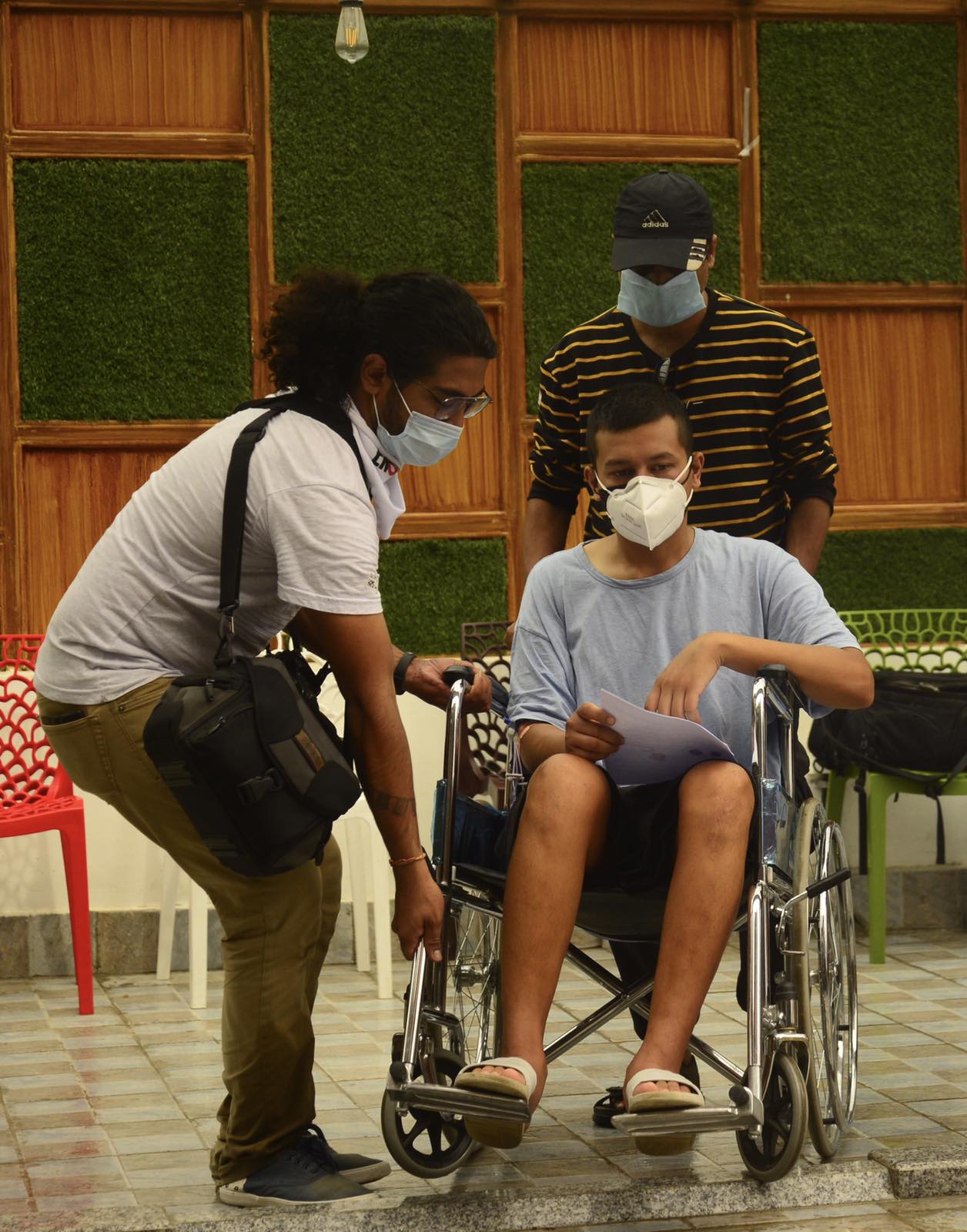 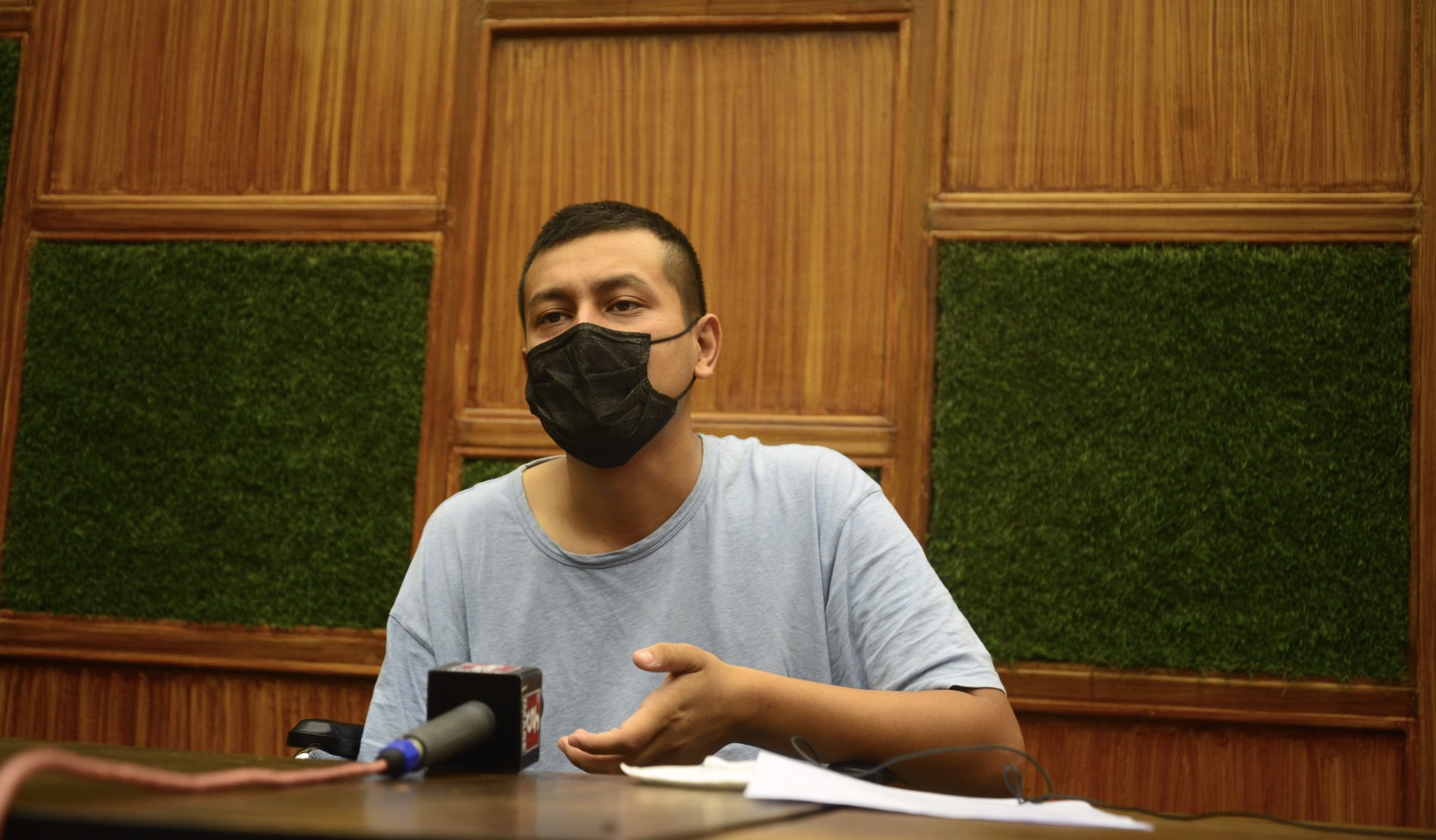 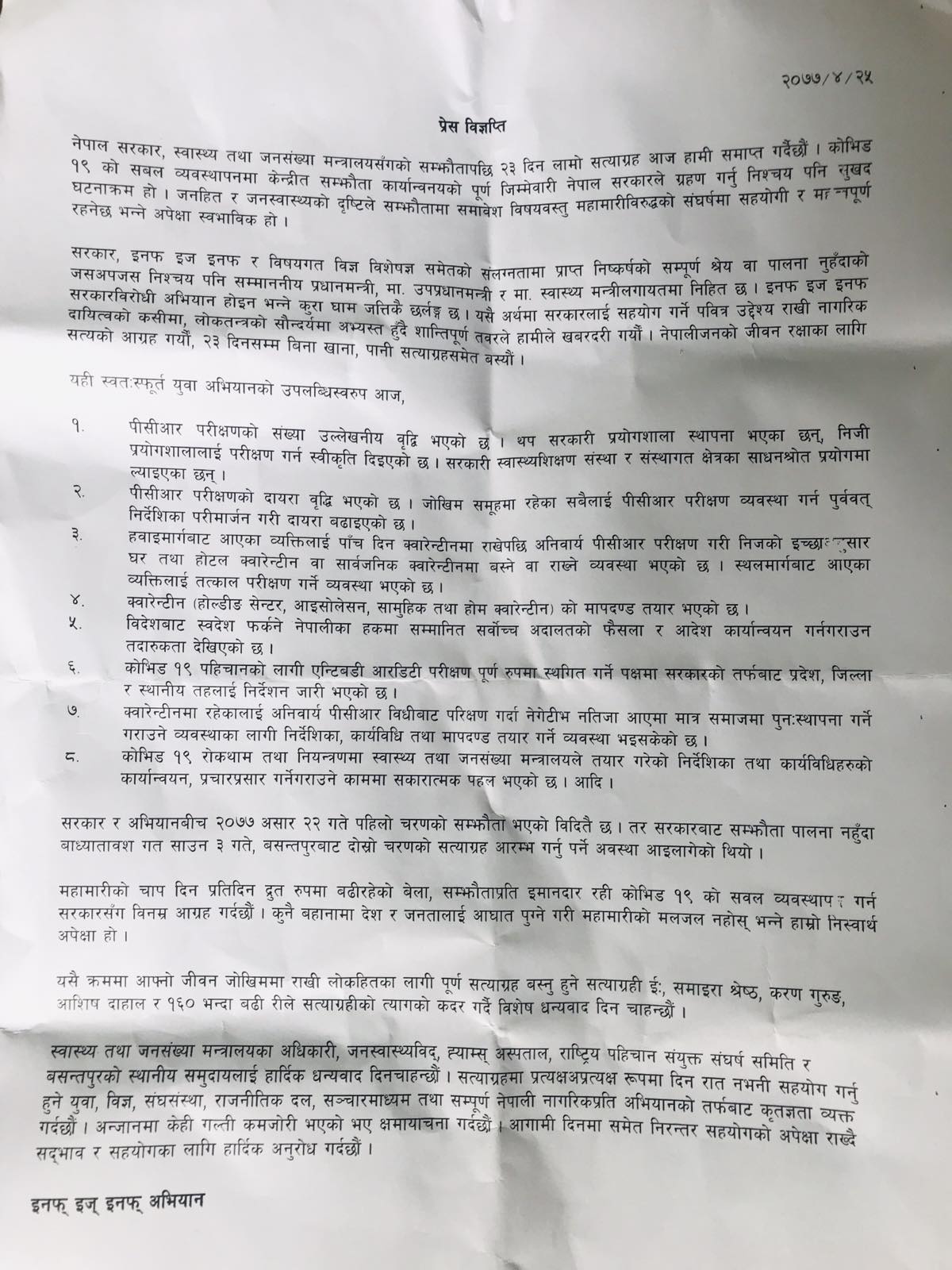 BIRGUNJ, Oct 8: Different groups have staged demonstrations in Birgunj to express their solidarity with the ongoing hunger strike of... Read More...

DUBAI, Jan 29: A family in the United Arab Emirates, arriving from China’s central city of Wuhan, has been diagnosed... Read More...