Your guide to flossing 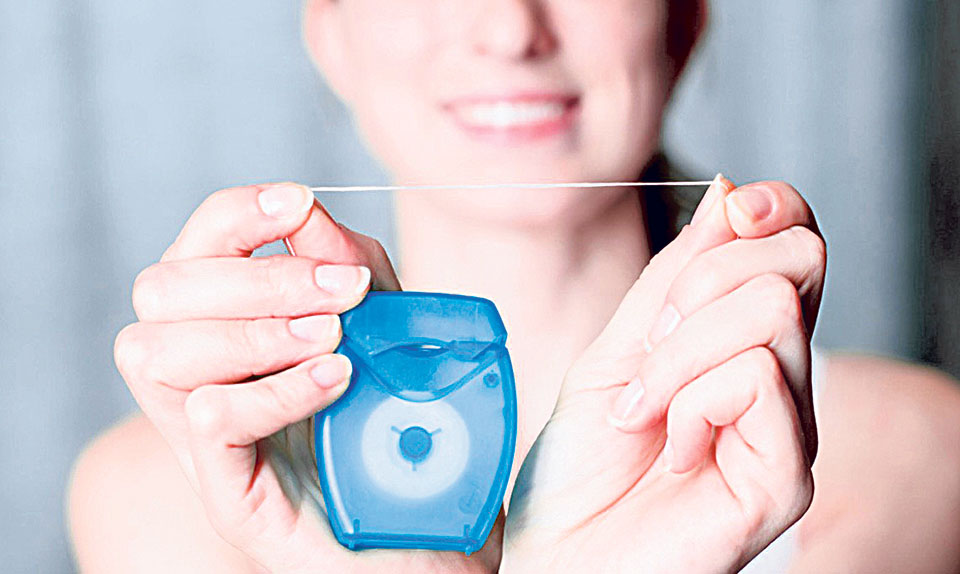 We have always been taught to brush our teeth at least twice a day. But something equally important for good oral hygiene but often overlooked is flossing. A toothbrush can only reach so far whereas when you floss, you can actually reach all corners and nooks of your teeth and it prevents plaque very efficiently. But if you do not know the proper techniques of flossing, it can seem to be quite daunting. So here we have Dr Himanshu Joshi with all the information and tips on flossing.

The different kinds of floss
The first choice you are presented with is between waxed and un-waxed floss. While they both give the same end results, most people, especially beginners, find waxed ones easier to work with. Waxed floss is easier to slide between teeth and outlasts un-waxed floss a lot longer before shredding. Then there is flavored versus unflavored floss. Though both work well and either is not better than the other, it’s just that usually floss flavors include mint, cinnamon, and other similarly refreshing ones that they can leave your mouth feeling a lot fresher.

If you are confused between ribbon floss, tape floss, or fine floss then just remember there is no right kind. You have to pick the one you think is best suited for you. Initially, this will have to be a hit and trail run. Wider floss types like ribbon and tape are efficient in cleaning large gaps between the teeth. Fine waxed floss is easier to slide between tight teeth. But fine floss is also more likely to cut your gums than ribbon or tape floss. Spongy floss made of stretchy fibers should be used by anyone with braces or bridges. You can floss between braces and bridges with a normal floss too but spongy floss makes it a lot easier.

Important things to know
Dr Joshi says that a very common question he gets asked time and again is if one should reuse a piece of floss. No, you cannot use the same piece of floss twice as it can transport bacteria back into your mouth and cause gum infections. You should also know that mouthwash does not replace flossing as flossing is a mechanical action that scrapes off bacteria due to contact whereas mouthwash is just a chemical action and only affects the bacteria residing on the surface level of your teeth.

However, this does not mean that you have to floss ten times a day – if you do it properly, just once will suffice. The key here is quality flossing over quantity. Flossing is also very useful to get rid of bad breath because usually bad breath is a result of bacteria and plaque residing between your teeth or on your gums that can be cleaned out when flossing. There is not a set rule of when you should floss. That is entirely up to you. But flossing before brushing is highly suggested as it loosens up the particles, which in turn makes brushing more effective.

The right way to floss
Cut out about 18 inches or 45 centimeters of the floss string. Wrap most of it around the middle finger of your dominant hand and a small length around the middle finger of your other hand, keeping about two inches of floss taut between the fingers. This lets you use your index finger to adjust the floss. Slide the part of the floss string that is between your fingers in a zigzag motion between your teeth. Make sure you glide the floss under the gum line, around the side of the tooth and up and down against its surface as well. When you wrap the floss around a tooth, form a c shape and pull it up the tooth carefully. Unroll a fresh section of floss from your dominant hand as you move to a new tooth and wind the used part around the middle finger of the other hand. Remember to floss the backside of each tooth before moving onto the next.

Flossing the teeth located at the back is considerably harder than those located at the front as they have a lot of ridges and grooves which collects more food particles. As these parts are more prone to tartar and cavities, it is very important to clean these out too. Do not be discouraged if the string snags. This is very common. But as you get the hang of flossing, the snagging will be less frequent. Always be gentle while using floss as you can cut your gums. But even if you do, do not worry about it as that too is fairly common and your gums will heal quickly. Just don’t keep touching it with your tongue.

However, the one thing that you need to keep in mind is that flossing is not very effective if you do not carry it out regularly. So, make sure you use the proper techniques to floss daily.