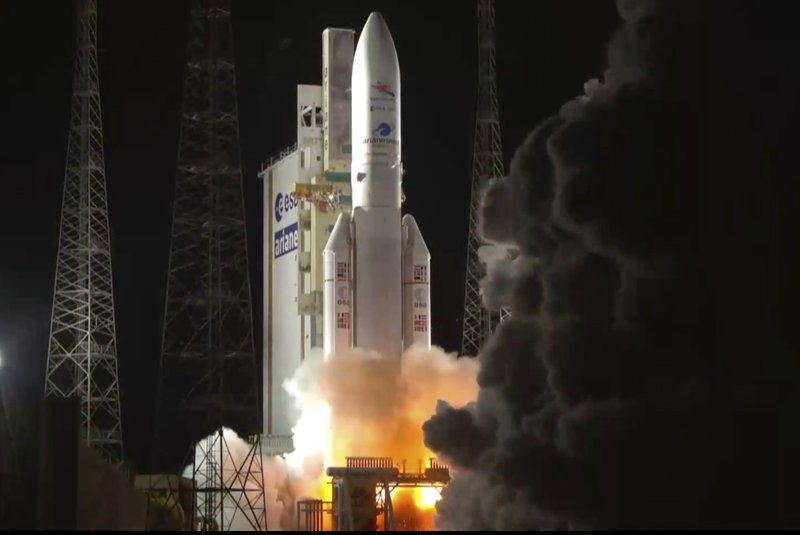 CAPE CANAVERAL, March 30: The world's oldest and most experienced spacewoman, Peggy Whitson, broke another record Thursday as she floated out of the International Space Station to set up a new parking spot.

It was the eighth spacewalk of her career, the most ever performed by a woman.

Whitson and her spacewalking partner, station commander Shane Kimbrough, ventured out to complete prep work on a docking port. Kimbrough disconnected the port during a spacewalk last Friday and then flight controllers in Houston moved it to a new location Sunday. It will serve as a parking spot for commercial crew capsules under development by SpaceX and Boeing.

The spacewalkers needed to hook up vital heater cables to the docking port and install shields to protect against strikes by micrometeorites.

"You guys be safe and enjoy your time out," French astronaut Thomas Pesquet radioed from inside the space station.

This will serve as the second of two docking ports for the future SpaceX and Boeing crew capsules. SpaceX will launch the final piece of this particular port later this year or early next year.

Midway through Thursday's spacewalk, Whitson will surpass the current record for women of 50 hours and 40 minutes of total accumulated spacewalking time, held by former space station resident Sunita Williams. Williams is one of four NASA astronauts who will make the initial test flights of the SpaceX Crew Dragon and Boeing Starliner capsules. The first flight could occur as early as next year.

The 57-year-old Whitson has been in orbit since November. This is her third space station stint. Altogether, she's spent more than 500 days off the planet, also more than any other woman.

She's scheduled to return to Earth in June, but may stick around an extra three months, until September. NASA is hoping to take advantage of an extra seat in the Russian Soyuz spacecraft that's due to launch next month and return in September. A decision is expected soon.

NASA, meanwhile, has indefinitely delayed a spacewalk that had been scheduled for next week. A shipment containing replacement parts needed for that spacewalk is on hold because of rocket concerns at Cape Canaveral, Florida; the delivery should have been there by now. Shipper Orbital ATK is relying on the United Launch Alliance's Atlas V to haul up the goods.

At 99 years old, Tao Porchon-Lynch is the world's oldest yoga teacher, and she's proving that age doesn't limit us from doing what... Read More...