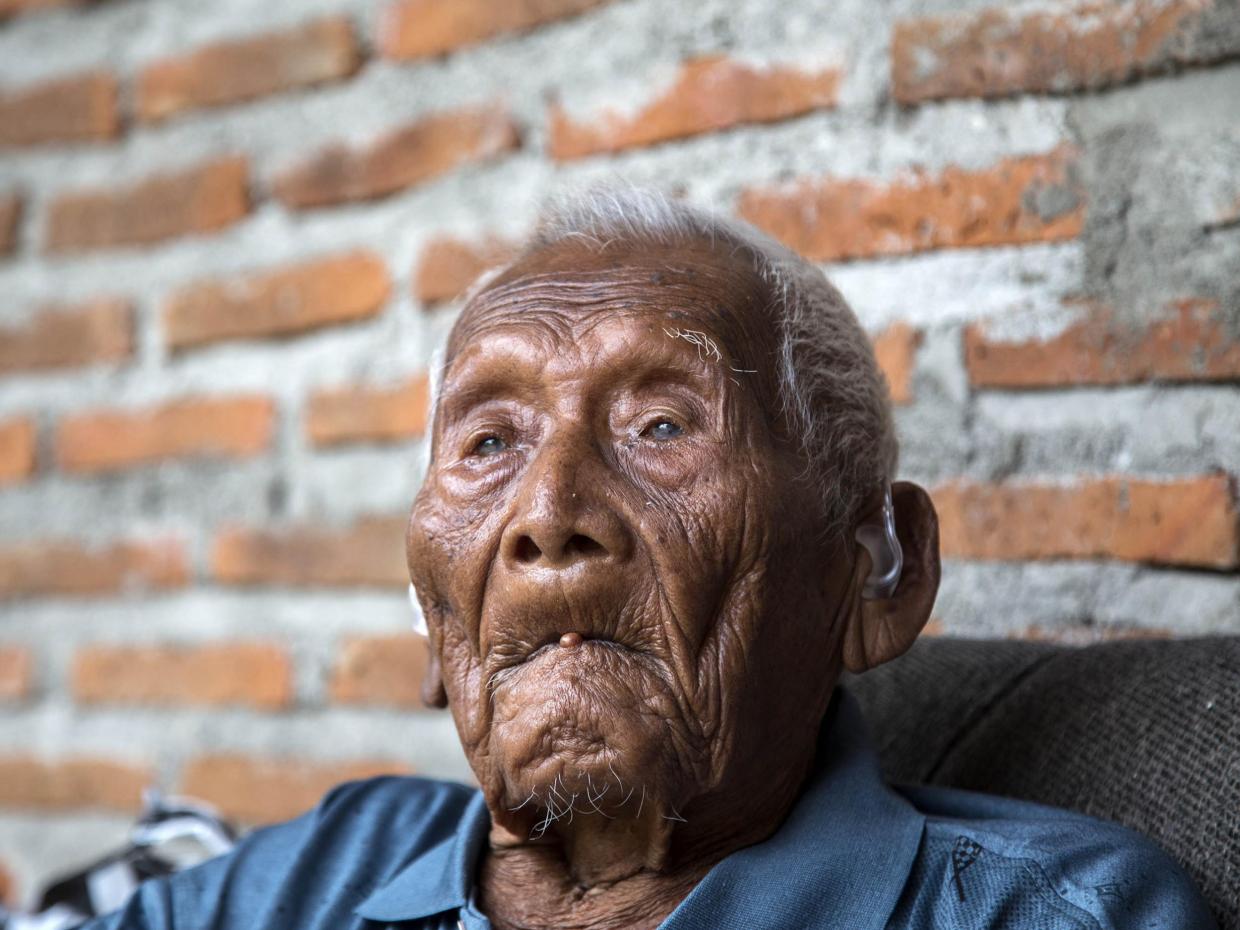 Hailing from a small village in Indonesia, Mbah Gotho’s documents state he was born on December 31, 1870. The Indonesian records office has confirmed his documents as accurate, the Inependent reported.

Outliving all of his siblings, wives and children, Gotho celebrated his birthday with his grandson, Suryanto, and his wife, Suwarni. Gotho was greeted by family and neighbours on the occasion. Gotho reportedly succeeded in blowing out all the candles on his birthday cake in one breath.

Earlier in August, during an interview with a regional news network, he revealed that he wants to die. He needs to be bathed and spoon-fed, and is becoming increasingly frail. When asked the secret to a long life, he replied, “The recipe is just patience.”

Gotho said he began preparing for his death in 1992, even having a gravestone made, but 24 years later he is still alive.