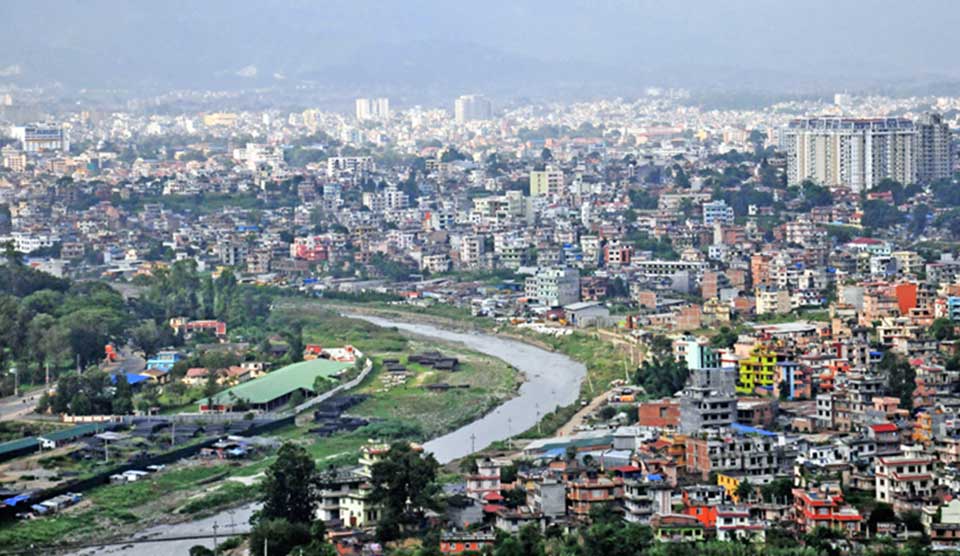 Kathmandu, Oct 31: The world is observing Cities Day today to work together for planned and sustainable urban life.

The Ministry of Urban Development and concerned committees organized programs to marked the day on Monday. The national slogan for this year’s World Cities Day is ‘Town Planning in Federal Nepal.’

Ministry Spokesperson Shambhu KC informed that the government is to observe the World Habitat Day and the World Cities Day together on Monday. The Town Planning Day is however marked on November 8 every year.

During a press meet organized to share this information, Director General at Department of Urban Development and Construction, Ramesh Prasad Singh, informed that four satellite cities were being constructed to make Kathmandu city more systematic.

Unplanned urban development in the Kathmandu Valley has led to rapid and uncontrolled sprawl; irregular, substandard, and inaccessible housing development; loss of open space, and decreased livability. It has also increased vulnerability to disasters, making Kathmandu one of the most earthquake-vulnerable cities in the world.

Today, more than half of the world's population lives in urban areas. Afteral restructuring, over 62 percent of Nepal's population are assumed to live in urban areas. However, the data follows annexation of peripheral rural areas without needed urban framework. This makes urban habitats disorderedly and shanty.

Except for Kathmandu Valley, almost all the Nepali urban centers may be called ‘ruralopolis’, rural areas legally classified as ‘urban: this makes urban habitats disorderedly and shanty.

The United Nations has designated 31 October every year as World Cities day established on 27 December 2013 by the General Assembly. The general theme of World Cities Day is 'Better City, Better Life' while this year theme is 'Innovative Governance, Open Cities' is selected to highlight the important role of urbanization as a source of global development and social inclusion.

It is imperative to devolve a significant amount of authority in respect to governance and administration of tax, non-tax, and... Read More...