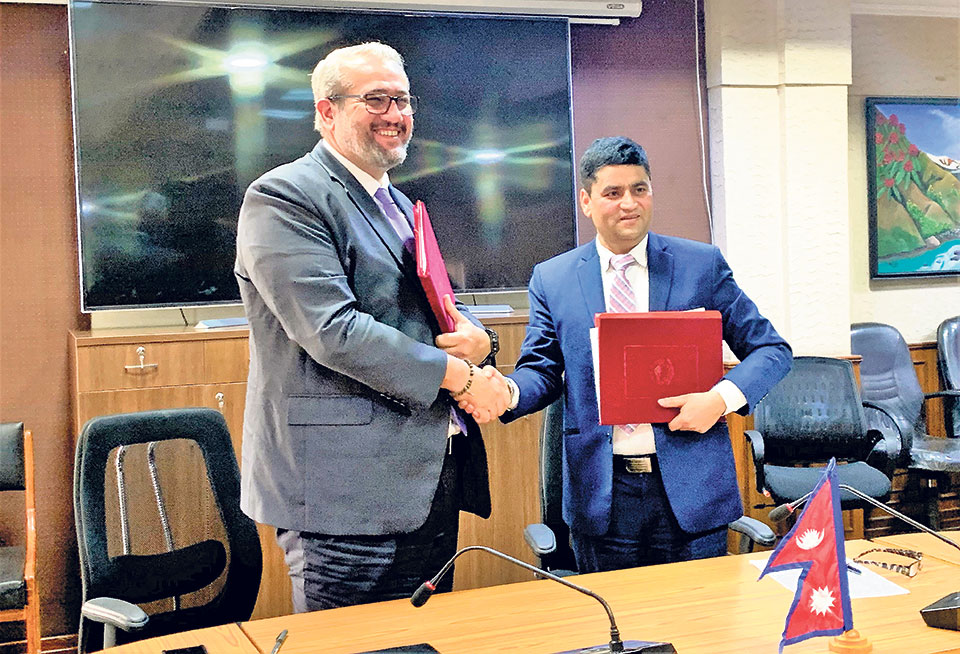 KATHMANDU, Feb 7: The World Bank has approved an additional credit of US$ 200 million, approximately Rs 22.82 billion, for the implementation of the Earthquake Housing Reconstruction Project (EHRP) in Nepal.

Shreekrishna Nepal, joint secretary at the Ministry of Finance, and Faris H Hadad-Zervos, World Bank Country Manager for Nepal, signed an agreement to this effect on Thursday.

This is the second additional financing that the international lending institution has provided to Nepal targeting to rebuild earthquake-resistant core housing units.

The fund is expected to benefit an additional 86,680 houses in 32 districts that were affected by the 2015 earthquakes. The impact of the earthquakes is estimated to cost 35% of the country’s Gross Domestic Product with recovery needs of about $7 billion, reads a statement issued by the World Bank.

The government has been implementing the EHRP since August 14, 2015 with a credit amount of $200 million from the World Bank. The first additional credit of $300 million was approved on December 15, 2017.

The EHRP, which is implemented by the National Reconstruction Authority, adopts an owner-driven housing reconstruction approach that promotes earthquake-resistant building techniques and materials, and aims at improving long-term resilience through a culture of safer and sustainable housing and settlements. Under the project, eligible beneficiaries receive grants of Rs 300,000 ($2,730) each for reconstruction of their houses in compliance with approved reconstruction guidelines in three tranches.

The government in 2017 had increased the housing grant to Rs 300,000 from earlier Rs 200,000 in the line of increased construction costs. According to the World Bank, it has been providing the additional amount to fund the financing gap in the government’s housing reconstruction program.

A World Bank-administered Multi-Donor Trust Fund (MDTF) has been supporting the implementation of the EHRP. The US, the UK, Switzerland, Canada. Japan and India are among other partners of the MDTF to support housing reconstruction, according to the statement.

MANTHALI, Nov 17: The government is going to face cash crunch to distribute grants to the earthquake survivors whose houses were... Read More...