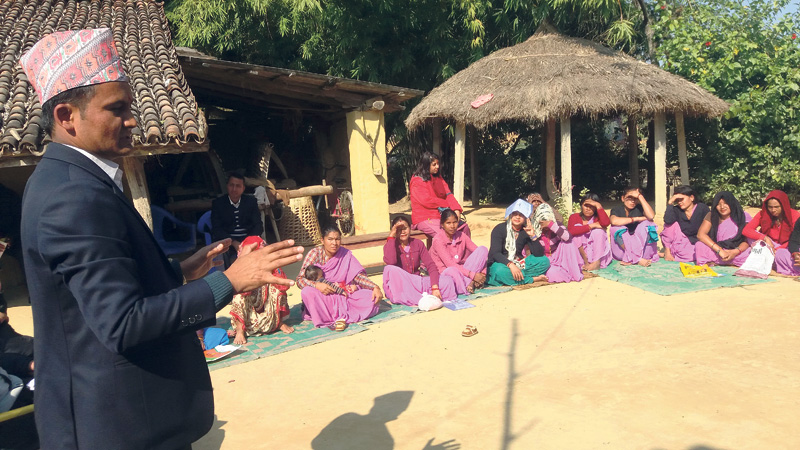 NEPALGUNJ, Jan 31: Kamala Budhathoki of Chhatarpur delivered a baby on December 17 last year at Bheri Zonal Hospital. A nursing mother is offered Rs 500 as transportation charge and Rs 400 for regular Ante Natal Checkup (ANC) under the Safe Motherhood Program. This allowance was introduced to encourage women for health checkups with the aim of reducing maternal and infant mortality rate. But Budhathoki only received transportation charge from the hospital.

“They sent us saying that the local health post  will provide us the allowance but the health post refused to do so,” Budhathoki lamented.

Devi Thapa of the same VDC who delivered a baby on December 9 last year has a similar story. Her mother-in-law, Nandakala Budha, visited a local health post time and again to collect the allowance but got nothing. “I think we did so much for that Rs 400 but now we have stopped as there is no hope,” said Nandakala.

These two women are just a representative of such cases as there are so many women who are deprived of pregnancy allowance. According to the records of Bheri Zonal Hospital, 2,922 pregnant women have received the transportation charge while only 399 of them have received the ANC allowance.

This unclear policy of the state has made a lot of women suffer.

According to Ganga Pun, a female health worker of Khujurakhurd VDC, there are more than 10 pregnant women in the VDC who went for regular checkups but have not yet received the allowance.

“Even after following all the procedures why the women are not able to receive the allowance?” she questioned Khim Bahadur Khadka, chief of the District Health Office (DHO) who had reached the village about one and a half months ago.

According to the Safe Motherhood Program, a pregnant women must undergo ovary checkup during the fourth, sixth, eighth and ninth months of pregnancy.

“If women do not follow this schedule, they can't get the allowance as per the rule,” said Khadka, chief of DHO, Banke. “Bheri Zonal Hospital refused to distribute allowance in the beginning of the fiscal year by citing financial crisis,” he lamented.

There are some women who regularly go for checkup but are still deprived of the allowance. “Sometimes, women are not provided the allowance due to lack of sufficient documents,” said Bhupendra Malla, accountant at the Bheri Zonal Hospital. “As regular checkups of pregnant women are conducted by the health post but the delivery is done in hospital, there is a great confusion whether the hospital or the health post is responsible for paying the allowance,” he added.

During the last fiscal year, around Rs 2,950,000 was distributed by health posts of the district as transportation charge. However, the amount distributed as ANC allowance was just Rs 400,000 as shown by the records of the DHO.