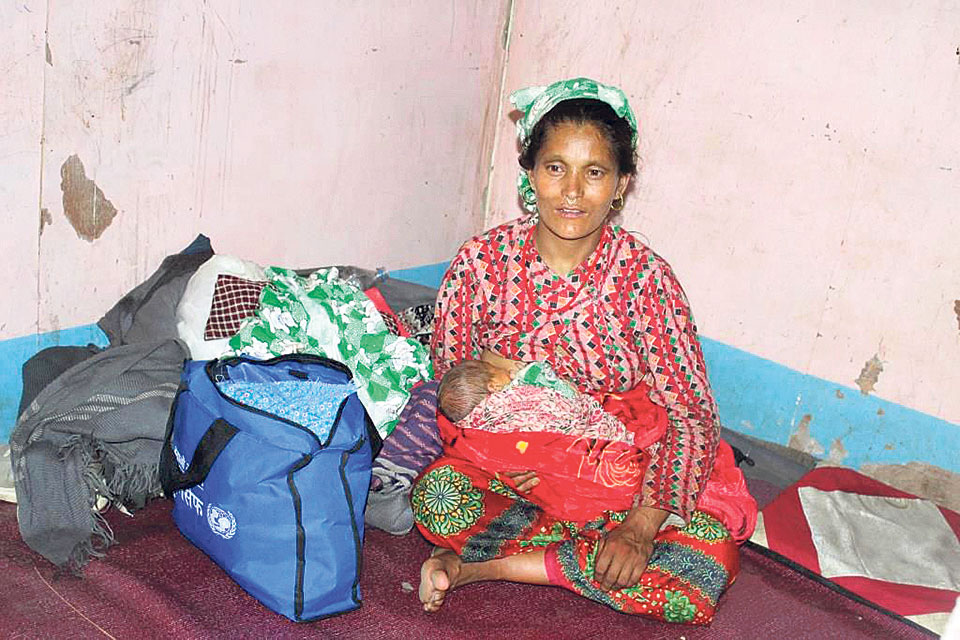 Putali Mahatara with her newborn at the Karnali Academy of Health Sciences on Monday. Photo: Republica

JUMLA, Aug 14: Putali Mahatara of Patarasi Rural Municipality, Jumla gave birth at Karnali Academy of Health Sciences (KAHS) last Wednesday. Upon learning that she had delivered a girl, Putali’s husband Bir Bahadur Mahatara simply left them there. Such instances of neglect toward female newborn is rampant in the district.

Putali was left to her own devices and feeling distraught over a husband who turned his back on her at such a crucial time. Within 10 days of the delivery, the hospital discharged the 35-year-old woman. She was in hospital longer than usual because of an accident injury from the past.  She was weak and could barely walk home. “I wish no one else will have to go through what I’ve gone through,” she said.

She approached the houses along the way to be allowed to rest some. But no one helped her. She finally took refuge on the premises of Karnali Library and the staff there of the nearby opened community radio station gave her a secure spot.

Chief District Officer Durga Banjade said that upon learning about her condition Putali was taken to the KAHS’ emergency ward. The hospital said she is now being provided post-par tum care free of cost.

The hospital had tried unsuccessfully to contact her husband.

The chairperson of Patarasi Rural Municipality, the CDO and the district police chief discussed Putali’s situation with her family. She was taken home in an ambulance on Thursday.

Rights activists believe many other women have such stories of post-pregnancy neglect.

KATHMANDU, Dec 17: The government has acted as if it is working to address one of his demands on the... Read More...