With more people than Australia, Nepal has to have more talents: Dodd 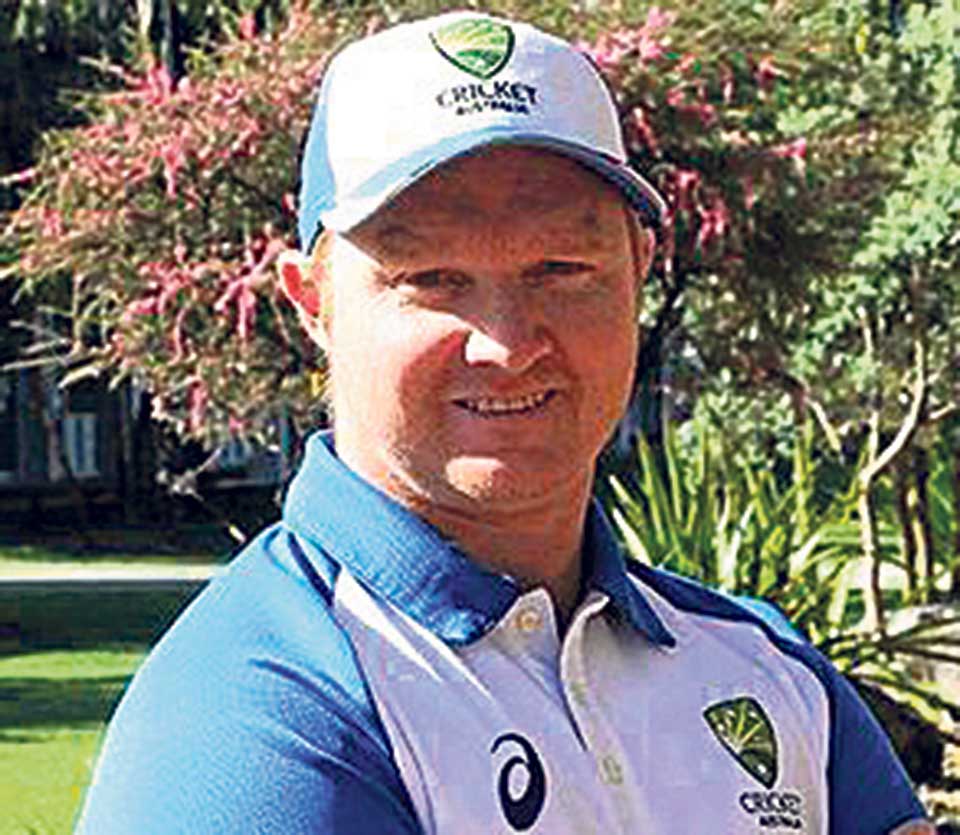 Pokhara Rhinos, an Everest Premier League (EPL) outfit, has appointed a foreign coach in Nepali franchise cricket for the first time ever. The signing of Australian Nathan Dodd is considered a breath of fresh air and a giant leap for Nepali cricket toward the next level.

The Cricket Australia Level-3 licensed coach is also part of setup for Australian cricket team of players with intellectual disability. Dodd is in love with the job he has been doing for some years now. He is also a consultant at the Sydney based Parramatta District Cricket Club and has worked for the setup of state team New South Wales Blues under Phil Jacques.

Republica’s sports writer Rajan Shah talked with Dodd regarding his visions and goals for himself and the EPL.

Tell us something about yourself, how was the mood back in Australia?
It was very good. Phil Jacques, my mentor and a very good mate, wished me luck before coming here. I got a message from Justin Langer as well wishing me for my stint with Rhinos.

Obviously, finding a time for Langer to do it out of his busy schedule preparing for Tests against India was an inspirational gesture. He always asks me to be myself and enjoy.  So, hopefully something more can come out later in the year back in Australia after I finish my stint with Rhinos. Coaching is something I really love and think I can add value to.

What brought you in this part of the world, coaching a Nepali franchise team?
It was a co-incidence actually. I had heard about Nepali cricket while coaching in Hong Kong. I got in contact with the owners and as it turned out, we had similar philosophy. They assessed what I could bring to the table with my experience and skills in coaching. They are really good people and the kind of people I like to work with. I jumped on the chance when they offered me the role. We had good couple months of discussions, messages and emails and all sorts of things. I am really thankful for the opportunity. As a head coach you have so many things to do and I am really glad that Rhinos are the kind of team who are progressive with their visions and management of the team.

You arrived a week ago for coaching. Is it enough time for your ideas to work?
You always need more time. That is one of the challenges you take of not knowing the local players. But I have known about Shakti Gauchan and Binod Bhandari on my previous stints in Asia. My role is to get the best of the resources and time that I have. Just trying to set up a positive environment and help these guys develop, work and get better than before by the end of it.

I have worked for longer period of the times in past stints. Three weeks is just not enough to know all the players. It is a fact. But they are good bunch of young players. They listen, they learn, and they want to improve. If they can improve even 5 percent of their game, I will be happy. And that means I have done my job. Franchise cricket is very different for any league in the world. It is a different sort of challenge.

What is your mission or goal by the end of EPL?
More than what I can gain from this, I want to help players. It has always been about them. I want to create a positive working environment and to have players engage to learn and improve. Obviously, it is going to be an amazing experience for me. I am going to learn a lot from the players, the management, the culture and the country as well.

How are you planning to help players from different backgrounds click together for EPL?
We have good leadership in place with Kyle (Coetzer) and Shakti (Gauchan) being part of that. I am definitely not going to rely on just overseas players. Local talents will have to play a certain role in the league.

There is not much difference between the players. They want the same thing, the goal is the same. It is just that they have different approach. Both are humble but they are different personalities and they communicate in their own way with other players. Luckily, we have a good leadership group.

Our all three overseas players know each other quite well. They play together in England. That makes things easier for me. In terms of how you make everything work depends on the leadership group. We all want same thing. It is certainly not me doing all the works and everyone is there to help each others.

We all are working together to make different plans for different teams, not only overseas players but domestic players also. But you know you can have best plans in the world but it is of no use if you can’t execute it. So then again, your leading players come into the play. It is all about accepting the situations and how quickly can you adapt to the conditions.

Best teams are the ones which have most fun, be it any sports. They are just focusing on creating a positive environment to have fun and enjoy cricket.

How much do you know about Nepali cricket?
Nepal recently gained ODI status which is a great thing and the credit goes to everyone involved: the players, junior players, their moms and dads, everyone in the country. I know there are difficulties at the administrative level.  This is a country of 30 million people, 5 million more than Australia. Surely, there have to be more players here in Nepal.

First things first, you need to have a board in place and get some good, honest and intelligent and business-savvy people there. You need to have a good cricket development team at place. You may have the best batsman in the world in Pokhara but nobody will know if he doesn’t get the chance to show his skills. Nepal needs to get some development officers start working on that part. You need to have a proper pathway of cricket. I am sure there are plenty of players and people who can help developing it.

Are you open for any role in the national setup?
I am open to any role if I can add value to it. If my skills and personality can add value to any organization, I am open to help in different roles like management or coaching. Ideally, you would like to do something full time in an organization or team. But it is not as easy as it should be in Nepal. Once you get good guys at board then these things start settling down. A lot of things come down to funding and budget available. Nepal has ticked two boxes already with passion and following for the game and I am sure the third aspect will be achieved soon.

KATHMANDU, Dec 11: Gaurav Tomar, the foreign batsman from India, smashed a breathtaking 82 runs with a strike rate of 200... Read More...

Anjan is making Nepal visible in Israel
10 hours ago

Anjan is making Nepal visible in Israel
10 hours ago