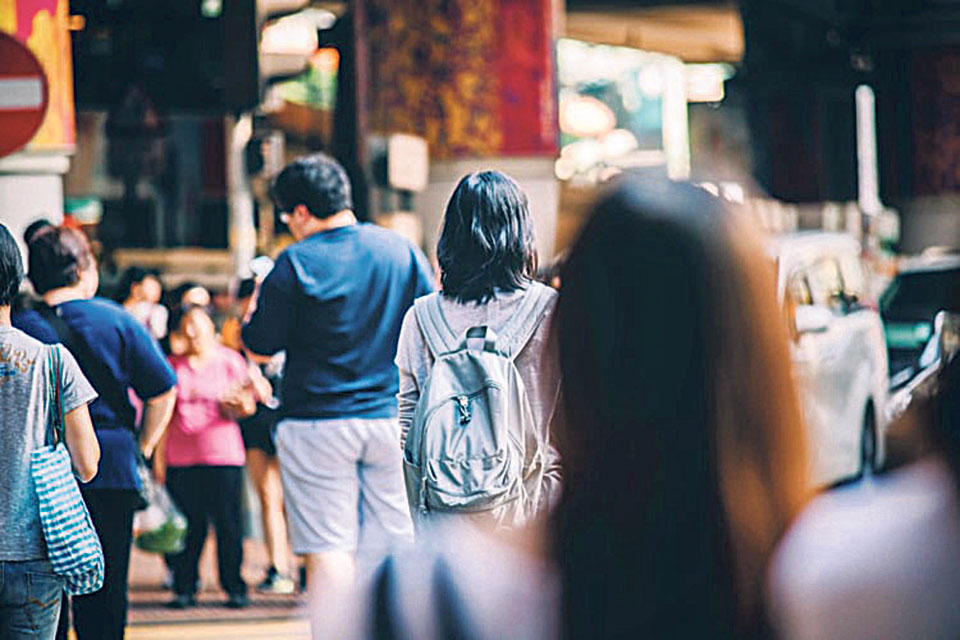 As kids, we all wanted to grow up and become “adults”. And then we did. We never really realized it till we were doing things that we had always seen the “adults” in our lives do. But we have all had a particular moment in our lives when we felt like we have grown up and become an “adult” like we always wanted to. The Week asked some people to recall when they first felt like an adult.

Bibek Paudel, Student
I live in a family where my parents are not too strict but that does not necessarily mean that they are lenient either. Just like every other teen, I was also not allowed to drink alcohol and that used to make me feel like a small kid (although, drinking alcohol does not really make you an adult). But this one day, I was done with school and was starting high school very soon and my mother sat with me and we drank a glass of rum together for the first time. That was when I would say I actually felt like I was not a kid anymore.

Sharada Khanal, Student
I got my periods when I was in the ninth grade. I was 14 at the time and had read about menstruation and reproductive health the previous year in my health class and getting my periods honestly made me feel like I had matured. That was also the first time I had slept elsewhere besides home. I slept for a few days at my friend’s house – where the adults made sure I couldn’t see sunlight or a man during my time there. That felt a little lonely but it prepared me for the real (adult) world where you do need a little alone time every once in a while.

Santosh Pandey, Social entrepreneur
I cannot really recall that exact moment when I felt like I have finally entered adulthood because I feel like I have always been an adult. I spent seven years of my life in a hostel so the needed independence was already there and hence I knew how to fend for myself from a very young age. But I guess if I really think about it, it was after I finished my SEE (SLC back then). I had started living at home with my parents and they were just starting to involve me in the matters of the house. They would ask me questions, involve me in making decisions for the house and that was when I felt like an actual adult. It felt like my voice mattered and the decisions that I took made sense.

Sachhyam Man Singh Pradhan, Student
When I was a kid, I used to be proud of being angry, lashing out at people and destroying things in my rage. But now, I scorn at those memories, for the same anger had put an end to so many relationships. Although it’s cliché, but the constant execution of the saying/prayer, “Dear Lord, give me the ability to change what I can, the serenity to accept what I can’t change, and the wisdom to understand the difference between the two” has changed me from a short-tempered person to a fairly well behaved person, from a lazy person to someone who acts keeping his physical wellbeing in mind, and from a generally chaotic being to a somewhat organized one. I know that there is much more to being an adult but that’s for sometime later. For now, the change I see in myself is enough for me to realize that adulthood has set in.

Rozina Baral, Writer
I was a mess. My first year board examinations results were out and it was disappointing. I got fired from a job I loved. And my family’s financial condition was worsening. And most annoyingly, I was going through what felt like the worst heartbreak ever. I didn’t want to smile or want to talk to anyone. I went to classes regularly but I could barely pay attention. I would sleep as much as I could and had no motivation whatsoever. Obviously, my self-confidence was at an all time low. One of those days, while I was pretending to be asleep in a class, a friend nudged me and asked me if I were okay. Another friend spoke for me. She said, “It seems like adulting has hit her hard.” That’s when it actually hit me. I realized that it was just a phase in my life. It would soon pass and by the end of it, I would have grown so much. And I did. I had a new perspective to view life. I’m still the childish adult that I have always been. But now, I have experienced things. So I the next time anything similar happens, I think I will be able to deal with it better.

Ojaswi Shrestha, Fashion Designer
Recently, I came to the shocking realization that I have somehow turned into a workaholic. I was watching a movie and at one point one of the characters said something along the lines of, “When you’re an adult even if you want to cry sometimes you can’t find the time to,” and that really resonated with me. I’ve been working on a lot of things right now and sometimes I don’t even have the time to have multiple meals during the day. Even if I’m in the middle of a mental breakdown, I can’t afford to take some time and relax because I have deadlines to meet. And all of this happened very unknowingly – I never really intended to work this much. This was a sad realization but it also made me finally acknowledge the fact that I was an adult now.

My favorite quote is by Augustine of Hippo “The world is a book, and those who don’t travel only read... Read More...

In Pictures: Students take to the streets demanding justice for Sadiksha Chaudhary
1 hour ago