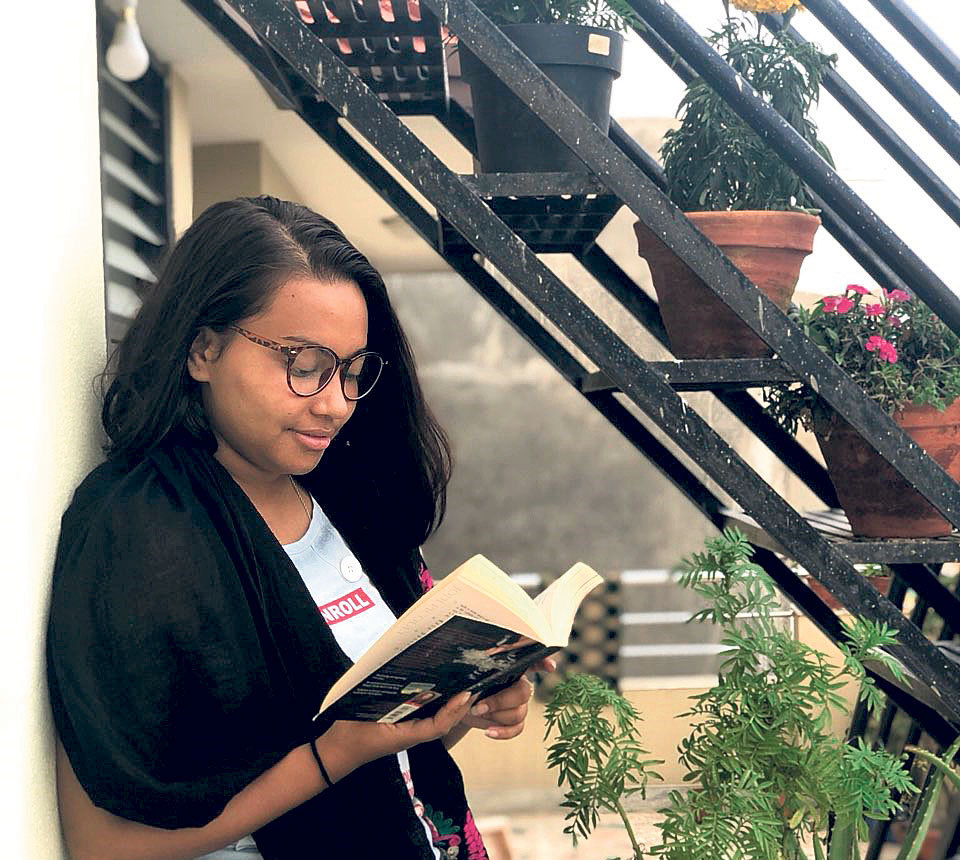 “Why look at the stars and waste your time? It’s not like they will magically fix all your problems.”

“I know the stars cannot solve my problems. Nor will they fix the economy. But looking at them reminds me that my problems are very small compared to the vastness of the universe.”

Too often in life, there are moments when you are so overwhelmed by emotions that it demands for an outlet. We all identify with this need and so does Shreya Basnet. And because she has grown up being surrounded by books, her outlet became the written world. 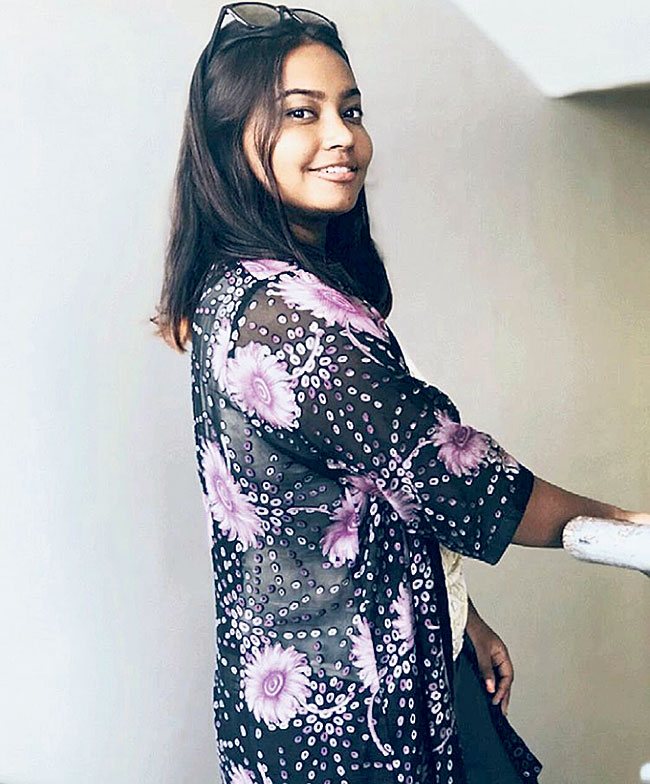 A first year student of computer engineering at St. Xavier’s College in Maitighar, Kathmandu, Basnet has always identified with the characters of the books she has read and the stories that came to her. She remembers scribbling words even as a kid, even when the combination of alphabets didn’t make much sense to her. This love for writing was so deeply ingrained in her, early on in life, that it carried onto her adult life, just when she needed it the most.

The confusion and uncertainty that often comes with adolescence left Basnet disturbed too and she wasn’t sure what to do about that. All she knew was that she had to let it out. But how? Zelation Shah came to her rescue. “He was my English teacher in college and definitely one of my biggest supporters,” she says.

She was the student that scribbled all the time in classes, filling the edges and corners of her books with smudges of words only decipherable to her. Shah not only discovered her doing so but also realized that the girl, who always had her head down and pen running up and down her pages, had a voice that ought to be heard. It was then he assigned her writing tasks, pushed her to write and urged that she bring distinctness to her words. And boy, did she do that and more!

She wrote about anxiety, feminism, sexual abuse, mental illnesses, child sexual abuse because they were topics people shied away from and things she had witnessed firsthand. She wrote so extensively and so powerfully, that her friends and relatives actually told her to get her works published. This was a thought silently taking roots in her too. She had long been an admirer of Nikita Gill and Atticus, both poets and writers who published their works on the internet.

So she opened a blog in wordpress that she named ‘spillediink.’ “I chose this name primarily because I write when I’m alone and I have these emotions so great and powerful that I feel I can’t contain them within myself sometimes. So I spill them on paper. I use a double ‘i’ because these emotions are often so powerful that one ‘i’ wouldn’t do them justice,” explains Basnet.

Soon enough an Instagram account by the same name followed suit, where she steadily gained over 3100 followers, several of them being Nepali celebrities. Priyanka Karki, Shrinkhala Budhathoki and many more gave her constant shout-outs of support. Her blog was doing well, the reception on her Instagram was phenomenal with tens of people telling her every day that her words were not only relatable but also healing. Everything was going well and she was more motivated than ever to produce better content.

But she was also getting strange messages and the suspicion that someone was stalking her consumed her days so much that in fact she quailed at the thought of leaving home. She decided that she would have to mask her real identity. This led her to assuming an alias ‘Lunaray’, a derivation from a segmentation of her name Sh(rey)a and the Latin word for moon, ‘luna’, the one friend she could always count on during the hardest of times.

However, a couple of months ago, as her exams approached near she decided to take a break until her exams were over. After the hiatus, she tried logging on to her account but found error messages. Her account had been hacked and all of her works were now inaccessible to her. “It was so frustrating and demoralizing. I had worked so hard on the account but I had no control over any of it,” she recalls.

But writing and sharing were both important to her, so she decided that it was worth redoing her account. And she has been back at it, stronger than ever and more focused than ever. “I use writing as a getaway from reality. How could I give up on it especially since reality was again playing games with me?” she muses.

“I write what I feel and I feel so much, I manifest them in writing,” she further claims, adding that some of her best works birthed off extreme emotional moments. A self-proclaimed night owl, she writes when the clock strikes two, a time of stillness and quiet when she can hear her thoughts loud and clear. “Hopefully someone somewhere can relate to my poems and find some comfort in them,” she adds.

Though Basnet wished to pursue writing as a career, her parents’ stand on the idea that it is hard making a living in Nepal as a writer prompted her to taking up computer engineering, her second love. But she remains firm on her writing pursuits and hopes to release a book in the foreseeable future. Writing isn’t all she does though. Basnet loves animals and she has been working with Jyotshna Yogi to help street dogs find homes. She believes everyone deserves to belong somewhere.

All throughout, Basnet who also goes by the name Lunaray calls herself an art appreciator, “I’m a lover of music, words, literature and everything that has got to do with appreciating beauty,” she says. She works hard on her writing, writing and rewriting them with painstaking effort, but that, she says, is the price you pay for beauty. She wants to touch people, share joy and pain, be a shoulder to lean on during the hard times, and a friend throughout. And through her words she is well on her way to do and be all that and so much more.

The wizard of words

Summer Love established him as one of the popular writers in Nepal, and his next two works, Saaya and Monsoon,... Read More...

Wildfires reported in 60 forest areas in Kalikot
4 hours ago