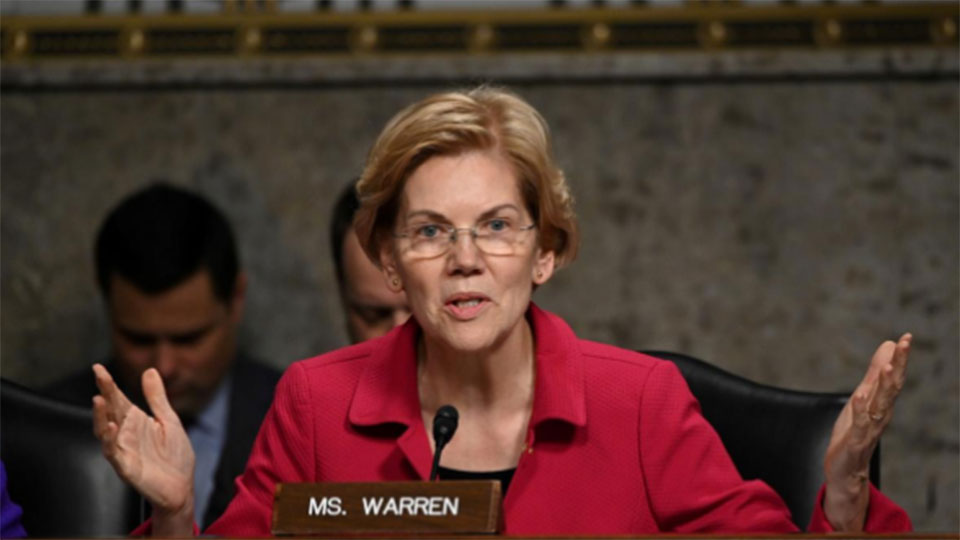 Seeking to stand out in a crowded field vying to be the Democratic candidate for president in 2020, Warren said at a campaign event in Queens that it was time to challenge the increasing dominance of America’s biggest technology companies.

Amazon abruptly scrapped plans in February to build a major outpost in the neighborhood that could have created 25,000 jobs, blaming opposition from local leaders.

In an event held not far from the proposed Amazon site, Warren said that big tech companies come into towns, cities and states and “bully everyone into doing what they want” and “roll right over” small businesses and startups that are a threat.

“Giants are not allowed to buy out the competition. The competition needs the opportunity to thrive and grow,” she said.

Some of those in attendance said they didn’t know enough about Warren’s proposal to back it fully but they trusted her policy expertise.

“What I like is that she’s proposing big ideas. I think that’s important,” said lawyer Kate Aufses, 32, who said she was undecided about which Democratic candidate she would support.

Earlier in the day, Warren said in a post medium.com/@teamwarren/heres-how-we-can-break-up-big-tech-9ad9e0da324c on Medium that she would nominate regulators to unwind acquisitions such as Facebook's deals for WhatsApp and Instagram, Amazon's deals for Whole Foods and Zappos, and Google's purchases of Waze, Nest and DoubleClick.

Warren also proposed legislation that would require tech companies like Google and Amazon that offer an online marketplace or exchange to refrain from competing on their own platform. This would, for example, forbid Amazon from selling on its Amazon Marketplace platform.

It is rare for the government to seek to undo a consummated deal. The most famous case in recent memory is the government’s effort to break up Microsoft. The Justice Department won a preliminary victory in 2000 but was reversed on appeal. The case settled with Microsoft intact.