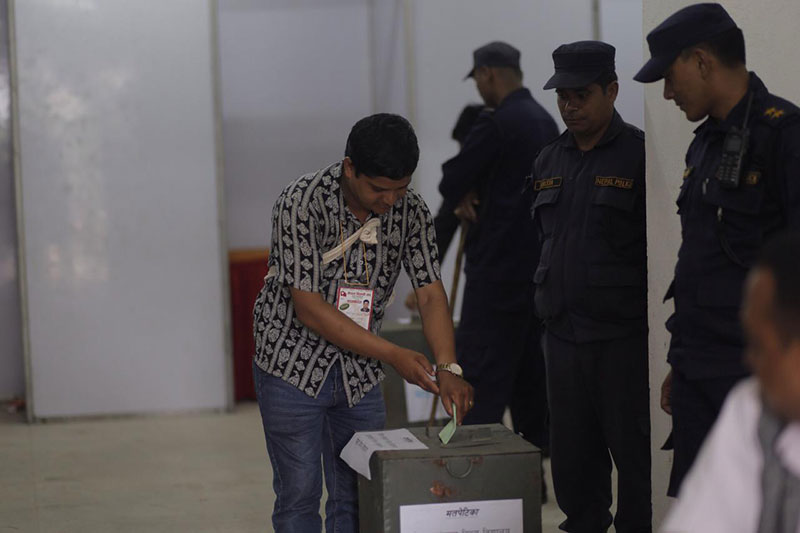 A voter casting his ballot into the ballot box under the Nepal Students Union's 11th General Convention at the Nepali Congress Central Party Office in Sanepa on Wednesday. (Dinesh Golay/Republica)

The election is underway at the Nepali Congress Central Office, Sanepa, according to General Convention election officer Krishna Prasad Paneru.

Six candidates are competing for the post of General Secretary and five for treasurer.
Parmeshwor Saha has been elected the assistant- general secretary from the Madhesi quota. His election was unopposed.

According to the election committee member Arun Panjikar, altogether 685 individuals have filed candidacy for 129 different posts. NSU is electing a president, 11 vice presidents including each one from seven provinces and a vice president each form Madhesi, indigenous ethnic communities and Dalit community as well as a woman vice president.

KATHMANDU, Feb 20:  A voting has started to elect the leadership of Rastriya Prajatantra Party (RPP) at Bhrikutimandap in the... Read More...

KATHMANDU, Aug 17: A voting under the 11th General Convention of the Nepal Students Union has been delayed. ... Read More...