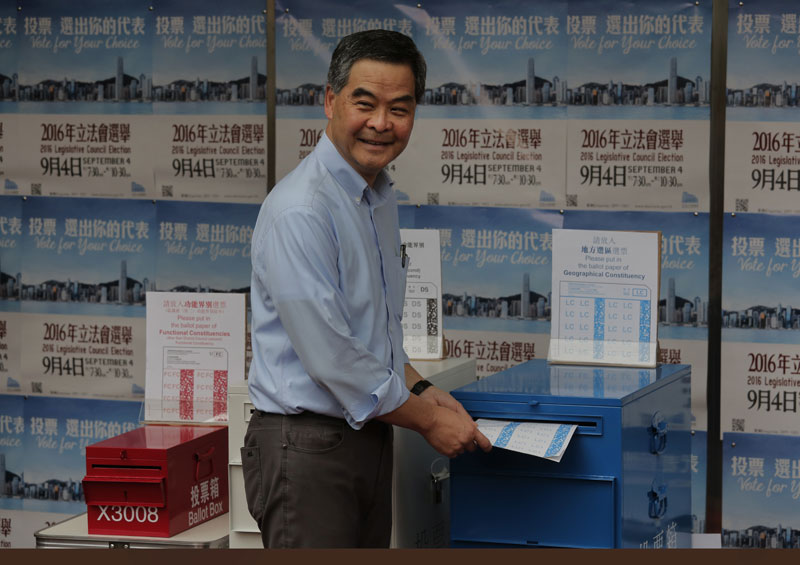 HONG KONG, Sept 4: Hong Kongers headed to the polls Sunday for the specially administered Chinese city's most crucial election since the handover from Britain in 1997.

The vote for lawmakers in the Legislative Council is the first since 2014 pro-democracy street protests rocked the Asian financial hub, and the outcome could pave the way for a fresh round of political confrontations over Beijing's control of the city.

The election is set to test the unity of Hong Kong's pro-democracy camp as a new generation of radical activists, who emerged in the wake of those protests, joined the race. They're competing with moderate mainstream pro-democracy parties to challenge formidable pro-Beijing rivals.

At stake is the power to keep the city's widely unpopular Beijing-backed leader, Leung Chun-ying, and his government in check. "Pan-democrat" lawmakers currently control 27 of 70 seats, and must keep at least a third of the seats to retain veto power.

The new wave of activists running for office hope to ride a rising tide of anti-China sentiment among residents, especially among young people, who are chafing under Beijing's tightening hold. Following a rash of incidents, notably the disappearance of five Hong Kong booksellers who later resurfaced in mainland Chinese detention, many fear Beijing is undermining the "one country, two systems" framework that guarantees Hong Kong's wide autonomy.

The risk is that the pro-democracy vote will be split, allowing pro-Beijing candidates to take more seats and clearing the way for the government to attempt to enact unpopular and controversial laws which in turn could lead to a new round of political confrontations.

Some 3.8 million registered voters are choosing lawmakers to fill 35 seats in geographic constituencies. There are 84 lists of candidates, so the results will be hard to predict. Another 30 seats are taken by members representing business and trade groups such as accounting, finance, medicine and fisheries. Five more "super seats" are chosen by voters citywide.

KATHMANDU, Feb 6: The Election Commission has completed all the preparations for the election to the member of National Assembly taking... Read More...

Gearing up to launch novel 'Rani'
9 hours ago

12 culprits behind Baduwal’s murder made public
6 hours ago