During the meeting, Prime Minister Oli told Fenghe that Nepal attaches great importance to its ties with China. He also said that the government is committed to implement various consensuses reached during exchange of high-level visits between Nepal and China in the past. 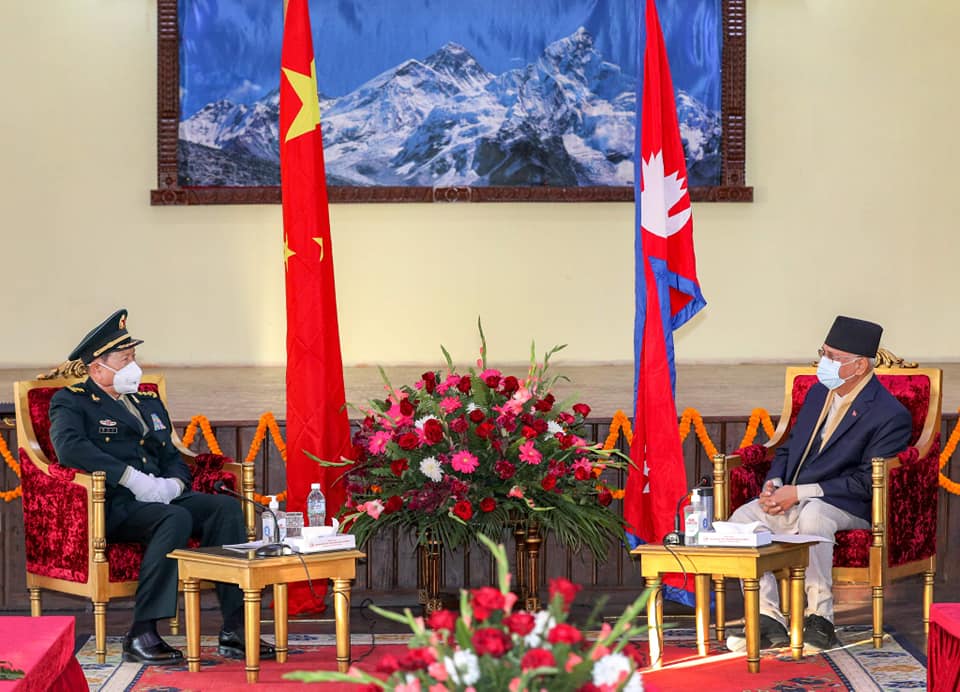 On his part, the Chinese Defense Minister said that the two sides should work to earnestly execute bilateral agreements concluded during high-level visits on promoting infrastructure development and connectivity, including the Transit Transport Agreement and its Protocol and feasibility study of Nepal-China Cross-border Railway project. On the occasion, he also conveyed the message of Chinese President to Oli. 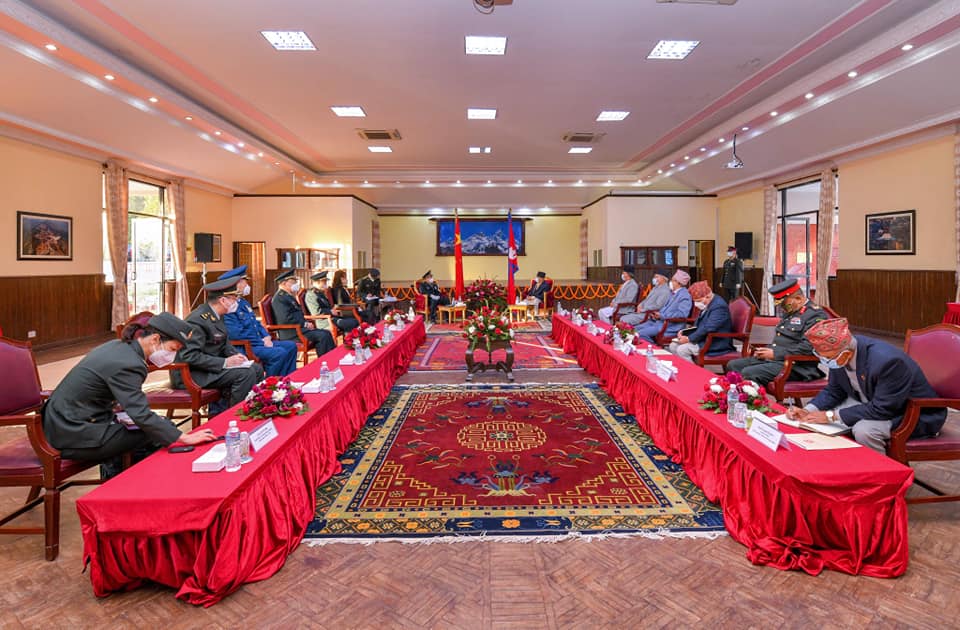 Fenghe arrived in Kathmandu on Sunday morning on a one-day working visit to Nepal.

Earlier this afternoon, he held a meeting with Chief of Army Staff General Purna Chandra Thapa.

The visiting Chinese minister also received a guard of honor amid a ceremony held at the Army headquarters this afternoon.

Wrapping up his visit, Fenghe is leaving Kathmandu for Pakistan later today.

KATHMANDU, Nov 29: State Councilor and Defense Minister of the People’s Republic of China Wei Fenghe said on Sunday that his... Read More...