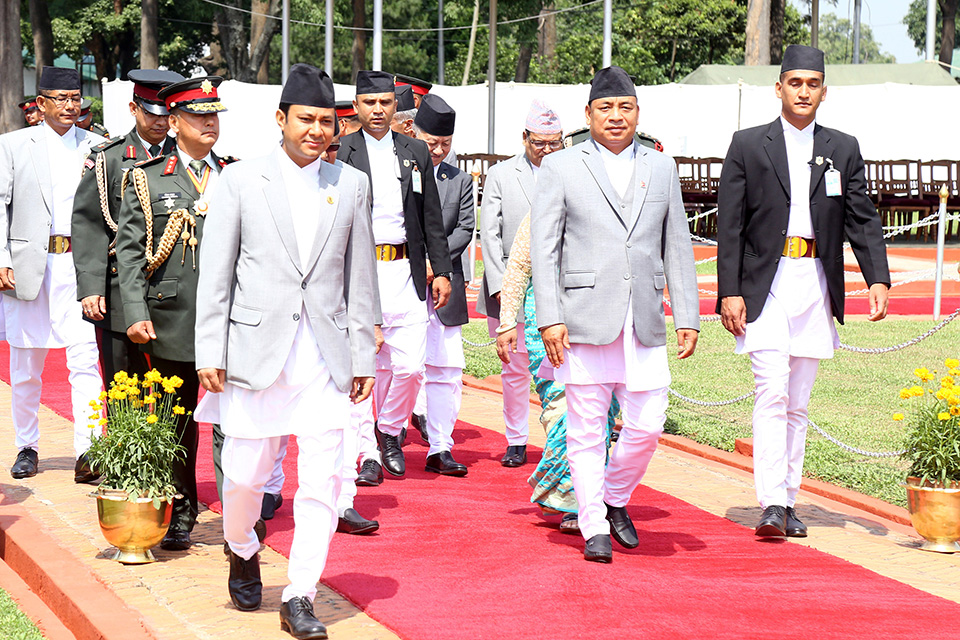 KATHMANDU, May 26: Vice President Nanda Bahadur Pun on Sunday morning left home for Austria to attend the R20 Austrian World Summit to be held in Vienna on May 28.

The vice president is visiting the country at the invitation of the Federal President of Austria, Alexander Van der Bellen. The R20 Austrian World Summit is dedicated to climate action.

Minister for Forest and Environment Shakti Bahadur Basnet has accompanied Vice President Pun during the visit.

On Monday, Vice President Pun is scheduled to attend the 40th Anniversary Celebration of Vienna International Centre, the hub of multilateral diplomacy in Vienna.

In the evening, he will attend the reception being hosted by Austrian Federal Chancellor Sebastian Kurz in honor of the visiting presidents, vice presidents, prime ministers and heads of delegations.

On Tuesday, the vice president will speak at a panel on climate action at the R20 Austrian World Summit, according to the Ministry of Foreign Affairs. The panel will consist of Heads of State and Government from different countries.

Then the vice president will join the official luncheon being hosted by the Austrian Federal President in honor of the visiting presidents, vice presidents and heads of delegation to be followed by high-level round table discussion chaired by him.

In the evening, Nepal’s Ambassador to Austria Prakash Kumar Suvedi will host dinner in honor of the vice president.

Wrapping up his visit to Austria, Vice President Pun will return home on May 31.

KATHMANDU, May 28: Vice President Nanda Bahadur Pun, who is currently on a visit to Austria, held a bilateral meeting... Read More...