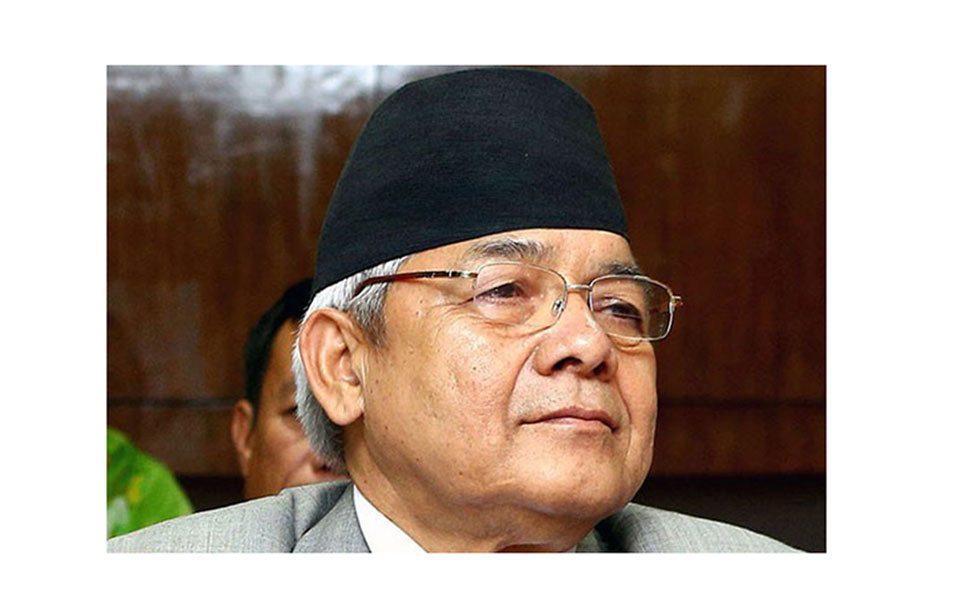 KATHMANDU, July 28: Amid deepening row in the party that has pushed it on the verge of split, Vice Chairman of the ruling Nepal Communist Party (NCP) Bam Dev Gautam has floated a 'middle path' solution to resolve the conflict between Prime Minister K P Oli and Chairman Pushpa Kamal Dahal.

The intra-party dispute in the NCP started last month after Chairman Dahal, who is backed by senior leader Nepal, demanded resignation of Oli from the post of both prime minister and the party's chairman. Although the faction led by Dahal lately commands a majority in all party's committees, Prime Minister Oli has challenged him to take official decision to this effect. 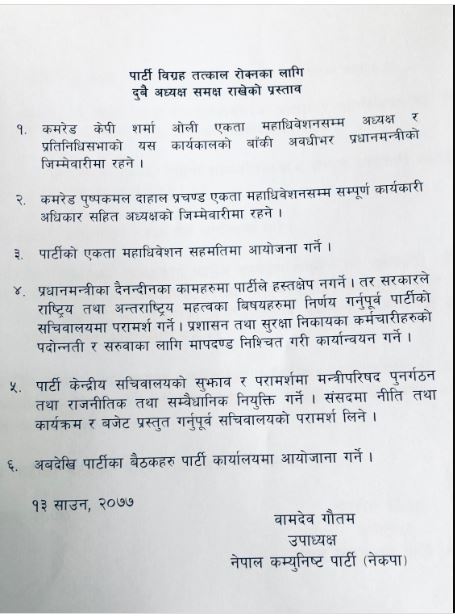 Prime Minister Oli has hinted that he would take a decision to split the party if he was unceremoniously ousted from power. Vice Chairman Gautam, who earlier supported Dahal and Nepal, has lately stayed 'neutral' as he is against the involvement in any activities that would push the party toward a split. A Standing Committee meeting scheduled for 11 am today was put off yet again as youth leaders within the party are mounting pressure on the leadership not to take any decisions that will split the party.

In his six-point proposal purportedly to save the party from split, Gautam has also proposed that the prime minister should be allowed to run the government independently even as the Chairman will have all executive powers. He has, however, proposed holding consultation in the party before taking any decisions on issues of national and international importance.

Similarly, Vice Chairman Gautam has proposed making fixed criteria for the promotion and transfer of security officials and bureaucrats. He has also proposed reshuffling the cabinet on the basis of the suggestions and consultation of the party's central secretariat.

Holding consultation within the party's Secretariat prior to unveiling of the government's policies and programs and hosting party's official meeting at its central office are also among the proposals put forth by Vice Chairman Gautam before Dahal and Oli. He has also proposed holding all meetings of the party's in its central office rather than at the official residence of the prime minister in Baluwatar.