Veteran spinner Shakti Gauchan retires from all forms of cricket 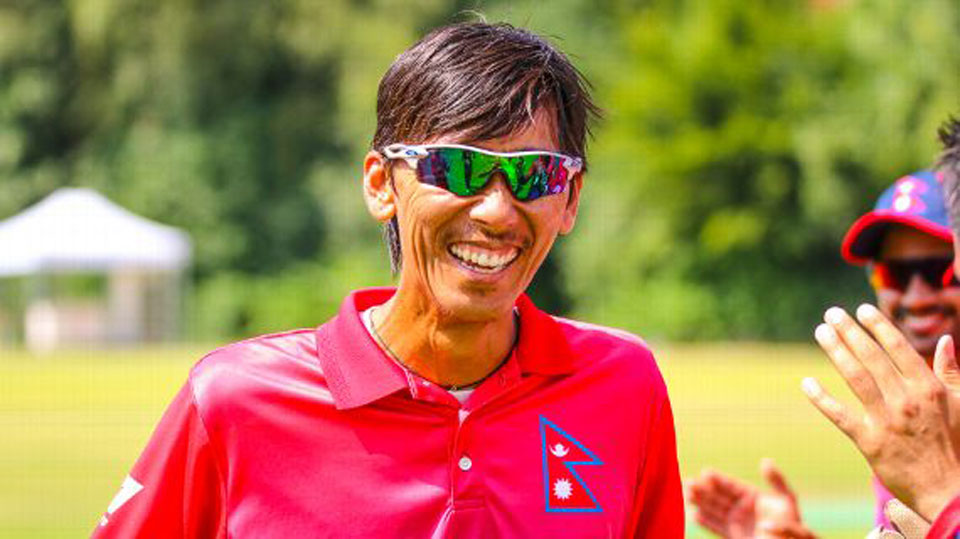 The final game, in which Pokhara Paltan lost by seven wickets against Chitwan Tigers, was studded with the team fans to bid a tearful farewell to their all-time best spinner Gauchan. He had announced his retirement plan in early July.

Gauchan had played in eight T20 international matches for Nepal and has picked up eight wickets giving away 169 runs. He had the best bowling average of 9/3 in those matches.

Nepal was praised for its spin attack when it participated in the 2014 ICC World Twenty20. The praise came when veteran spinner Gauchan claimed three wickets against Hong Kong. Pakistan’s former cricketer Rameez Raja gave him the nickname ‘Shakti the Power’.

Gauchan, 34, who has been spearheading the spin attack of Nepal for the last 16 years, is behind many of Nepal’s successes in the international arena. Gauchan is a veteran of the Nepal national cricket team. He has been a regular member of the team for the last 16 years. He made his national team debut against Oman in 2002.

Gauchan, who came through the youth ranks from the U-17 to U-19 teams, eventually went up to the national team. He has played the U-19 World Cup for Nepal. He is often regarded as a motivator for the other players. He has often proved himself instrumental in dismantling the opposition’s innings and rescuing his team in difficult situations.

He was also the second highest wicket-taker in the ICC T20 World Cup Qualifiers in 2012 with 16 wickets.

He also got his hat-trick in the qualifying match against Denmark which made him the first Nepali player to claim a hat-trick. He also claimed 15 wickets in the ACC Trophy in 2012 and 10 in the Division Four matches.

He had also shown an outstanding feat by taking three wickets, giving away just two runs in 10 overs with eight maidens in Division Four match.