Vero Cell Vaccine being administered from Tuesday, what documents should one produce?

KATHMANDU, June 5: The government is administering the first shot of China-manufactured Vero Cell vaccine against the coronavirus disease to the people aged between 60 and 64 years starting from Tuesday [June 8].

According to Dr Sameer Kumar Adhikary, deputy spokesperson for the Ministry of Health and Population, all Nepali citizens between the age group living across the country will be inoculated the first jab of the vaccine which Nepal received under the grant assistance from China.

The ministry said that one should produce his/her citizenship certificate to get the shot against the virus. If one does not have a citizenship certificate, s/he can show any other document issued by the government that clearly specifies the name, age and address of the person. In case the person wishing to get the vaccine does not possess such any document, s/he can visit the Ward office and get a letter of recommendation. 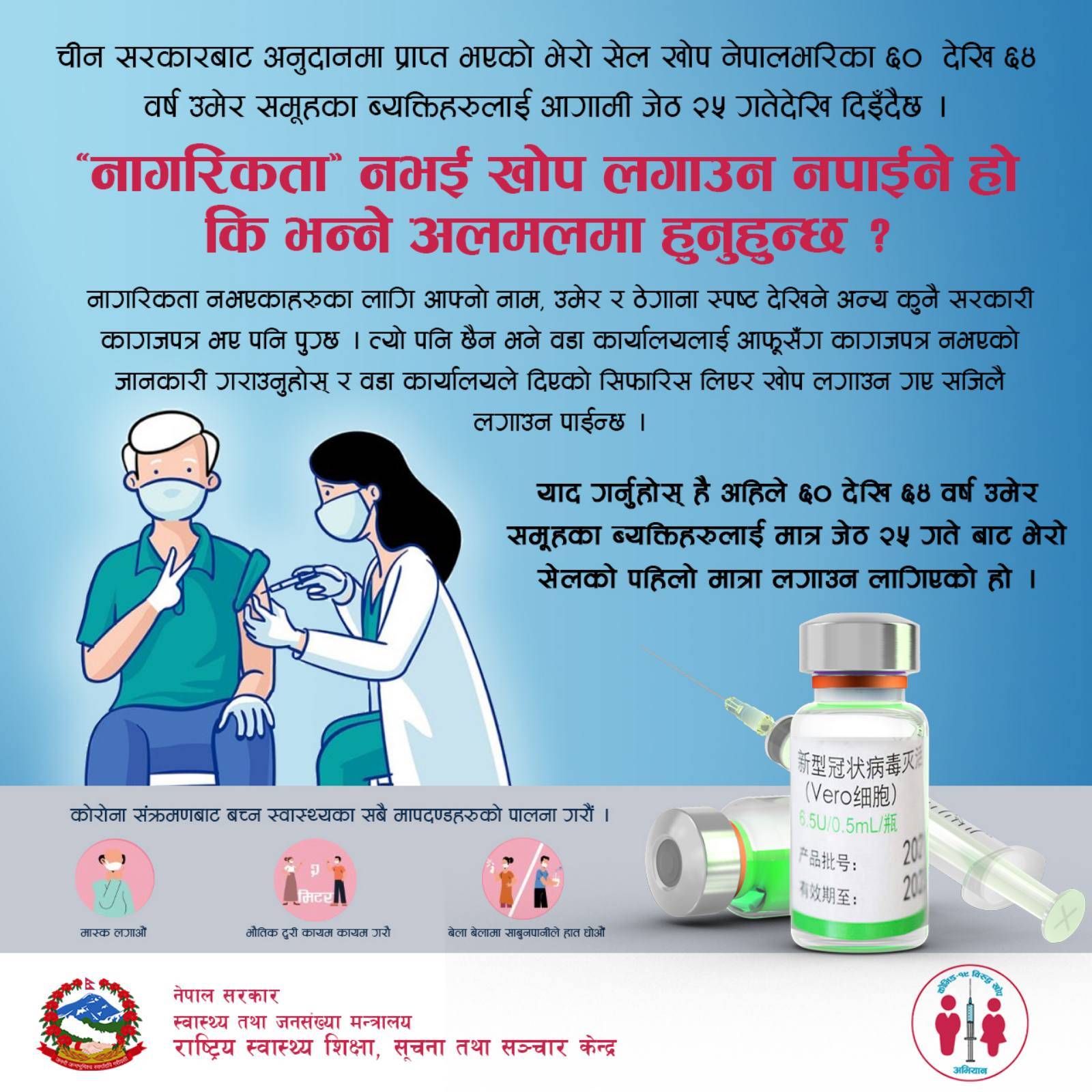 KATHMANDU, Aug 24: Amid the rising number of novel coronavirus cases (COVID-19), most districts across the country have enforced lockdown. Read More...

KATHMANDU, Aug 17: The three districts in the Kathmandu Valley reported as many as 168 new cases of the novel... Read More...

As Lumbini Province Assembly endorses govt’s policies and programs, CM claims to have support of 45 lawmakers
7 minutes ago

Province 2 governor’s memorandum to chief minister: Cabinet is not inclusive
36 minutes ago