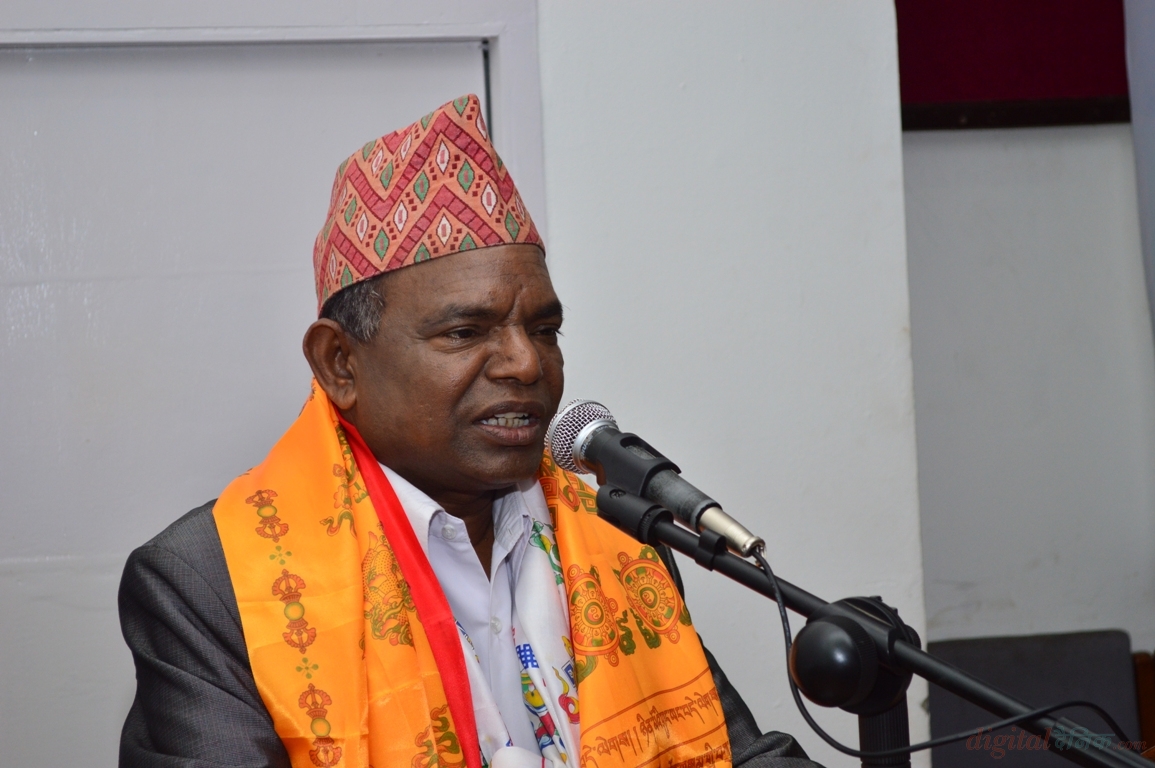 BHAKTAPUR, March 3  Minister for Population and Environment Lalbabu Pandit has said that polluters, whoever he is, would be booked.

Marking the beginning of Hanumante River cleaning campaign in the bordering area of Kaushaltar and Suryabinayak in Bhaktapur district today, Minister Pandit pledged to book the environment polluters.

The Environment Minister also said that the vehicles without the green stickers would be banned to ply in the Metropolitan and Sub-Metropolitan cities from 8 April (the first day of 2075 BS).

He also said that the owners of such vehicles and the government officials providing green stickers to the black smoke emitting vehicles without test would be punished by making their name public.

Similarly, he said that the brick kilns run by violating the environment laws would be changed into environment-friendly and would be taken action if they were run in indecent way.

He reiterated that he would make Kathmandu a dust-free city so the people can breathe without using mask.
During the program, lawmaker Mahesh Basnet said that Hanumante cleanup campaign was initiated as the identity of historical city was fading and the infectious diseases have appeared due to pollution.

Around 1000 people including Red Cross activists, members of different social organizations in the district took part in the cleanup mission.

Hanumante River cleanup campaign would be held every Saturdays. A total of ten metric tonnes of garbage was extracted from the river today.