US will save ‘tremendous amount of money’ in peace 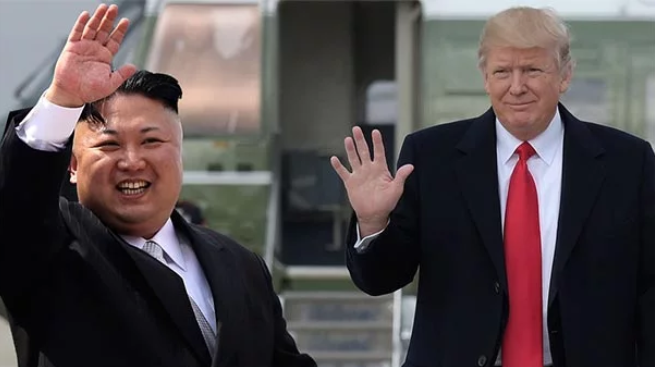 KATHMANDU, June 12: The United States President Donald Trump argued that a peaceful Korean peninsula would “save tremendous amount of money” and bring American soldiers home. In 2017, the United States spent $818 billion in its military, up from $761 billion in 2016.

“Like I’ve said in my campaigns, I’ve always wanted to get our soldiers out,” Trump said adding that he wanted to bring the 32,000 soldiers in South Korea home soon.

“We’ll stop the war games and it will save tremendous amount of money,” he said as he reconfirmed Kim’s firm and unwavering commitment to complete denuclearization of the Korean Peninsula.

“It will be gone and verified,” Trump, who has been chided by his allies, including Canada and the European Union for igniting a verbal spat at the G7 summit said. “However, sanctions will remain for the time being,” Trump said in a press conference at Singapore.

“Joint military exercises with South Korea are tremendously expensive and we’ll have to talk to South Korea with a new deal, just like we have to talk to many countries for fair treatment,” Trump said as he scorned ‘nearby’ distance of firing. “That nearby distance is Guam, six and half hours away from the site.”

As he qualified Kim as a “great and tremendous leader”, Trump said that he trusted the North Korean leader because “he (Kim) had hopes for a bright future for his country. He’ll live up to it because he wants to get it done.”

Earlier today, Donald Trump and Kim Jong Un signed a joint agreement in their first historic summit in Singapore. Enemies since the Korean War, no sitting US President had ever spoken or met a North Korean leader until Trump did.