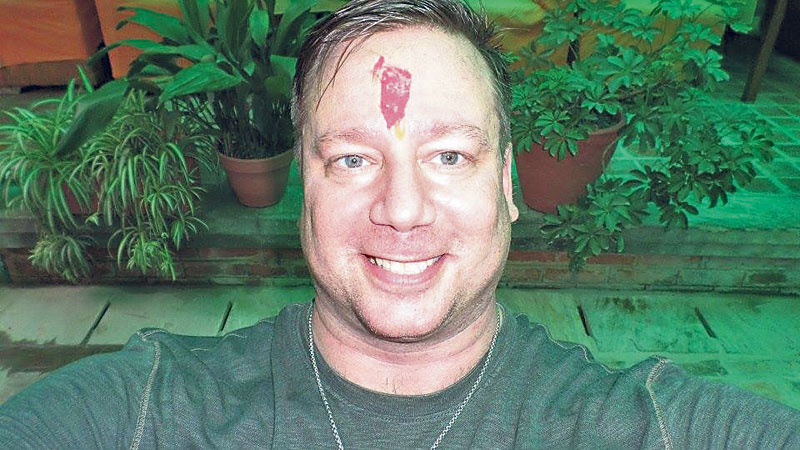 KATHMANDU, Sept 24: A US national arrested recently in Nepal on charge of molesting children has had a history of sexual misconduct, according to the Interpol.

Interpol Washington, which coordinates law enforcement activities between US agencies and their international counterparts, has confirmed that Kenneth Joseph Coombs, 48, was convicted twice in cases related to sexual misconduct and assault in the US.

Coombs was arrested in Nepal on September 11 for his alleged involvement in immoral activities befitting a pedophile.

Responding to the Central Investigation Bureau's (CIB) request to the global police organization for criminal history of the US pedophile, Interpol Washington informed Interpol Nepal about his involvement in similar offences in the past.

According to the Kathmandu-based Interpol office, Interpol Washington has informed them that Coombs, who claims to be an apps designer by profession, was first arrested on October 8, 1993 and later again in 2011 on similar charges.

The report provided by Interpol Washington states that Coombs from Illinois, USA, was arrested by Saint Police Department after a case was filed against him for sexual assault. He was found guilty of the crime a year after the case was registered and was penalized with five years of confinement on August 5, 1994.

Similarly, based on the complaints filed in 2011, Coombs was convicted of first degree sexual misconduct on March 11, 2013 and was sentenced to prison for one year.

“As per our consultation with the Interpol, we have received some important information from the authorities that will be helpful in the case,” DIG Nawaraj Silwal, the director of CIB, said.

“As our investigation is underway, the information could help us in the legal proceedings,” added DIG Silwal.

CIB is also seeking other information related to the pedophile from countries like India, Bangladesh among others, where he was found to be residing in recent years under various pretext.

The ongoing investigation against the US citizen and one of his Nepali aides has gathered enough evidences to support the alleged pedophile's involvement in sexual misconduct. Pedophilia is a psychiatric disorder that involves sexual attraction toward prepubescent children.

Police had rescued five boys aged between 12 to16 years from the clutches of the US citizens from a hotel in Thamel. In their statement to the police, the rescued boys had said that they used to be sexually abused by various pedophiles time and again.

Last year, Ernest Fenwick MacIntosh, a 71-year-old foreigner, was found guilty of a similar crime and has been serving a seven-year sentence at Nakkhu Jail in Lalitpur.

KATHMANDU, May 5: Eleven North Korean nationals, who were working illegally in Kathmandu, have been arrested from Durbar Marg today. Read More...

Canadian ‘high-profile’ arrested in Nepal on charge of paedophile

KATHMANDU, April 8: A Canadian ‘high profile personnel Peter Dalglish has been arrested from Kavre district on the charge of... Read More...