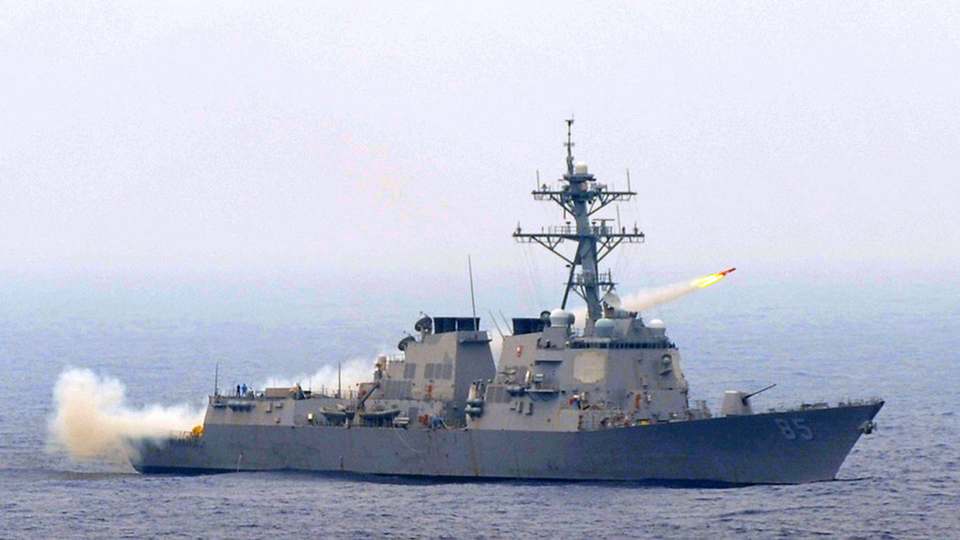 MOSCOW, Dec 6: An American destroyer sailed off the Russian coast, near the Pacific Fleet base in Vladivostok, in a first such stunt since the Cold War. Another US ship is expected in the Black Sea soon, amid tensions between Russia and Ukraine.

The USS MCCampbell (DDG-85) went into the vicinity of Peter the Great Bay to “challenge Russia's excessive maritime claims and uphold the rights, freedoms, and lawful uses of the sea” enjoyed by the US and others, Lieutenant Rachel McMarr, a spokesperson for the US Pacific Fleet, said in a statement.

The US Navy calls such stunts “Freedom of Navigation Operations” (FONOP). The last time a FONOP was conducted in this area was 1987, at the peak of Cold War tensions with the Soviet Union.

“These operations demonstrate the United States will fly, sail and operate wherever international law allows,” McMarr said. “That is true in the Sea of Japan, as in other places around the globe.”

Peter the Great Bay was named after the first emperor of Russia, and is dotted with bases of the Russian Pacific Fleet. The presence of a US destroyer in the area is comparable to a Russian sail-by of San Diego, California or Pearl Harbor, Hawaii.

Washington does not recognize Russia’s territorial claims in the Sea of Japan, with a Navy official telling CNN they far exceed the 12 nautical mile limit guaranteed by the UN Convention on the Law of the Sea (UNCLOS). While Russia has ratified the convention, the US has not.

That is not all, however. The US Navy could also be planning to send a warship into the Black Sea in the near future. CNN reported that the State Department has notified Turkey of the intent to send a warship through the Bosporus and the Dardanelles, which requires a 15-day notice under the terms of the 1936 Montreux Convention.

The 1936 treaty also limits the presence of ships from nations that don’t border the Black Sea to a maximum of 21 days. The US last had a ship in the area back in October.

Anonymous US officials told CNN the move was a response to last month’s incident between Russian coast guard ships and three Ukrainian vessels in the Kerch Strait, which connects the Sea of Azov to the Black Sea.

“We routinely conduct operations to advance security and stability throughout the US 6th Fleet area of operations to include the international waters and airspace of the Black Sea,” fleet spokesman Commander Kyle Raines told CNN.

The US has also repeatedly sent ships to the parts of East China Sea claimed by Beijing, drawing repeated protests from China - most recently last week, when the guided missile cruiser USS Chancellorsville (CG-62) sailed through the area.

How to deal with Nepal? India may take a leaf out of British Raj
23 hours ago

43 more COVID-19 patients recover in Birgunj, no patient in Narayani Hospital
6 hours ago

Hello, big brother!
6 hours ago
WHO pauses trial of hydroxychloroquine in COVID-19 patients due to safety concerns
7 hours ago