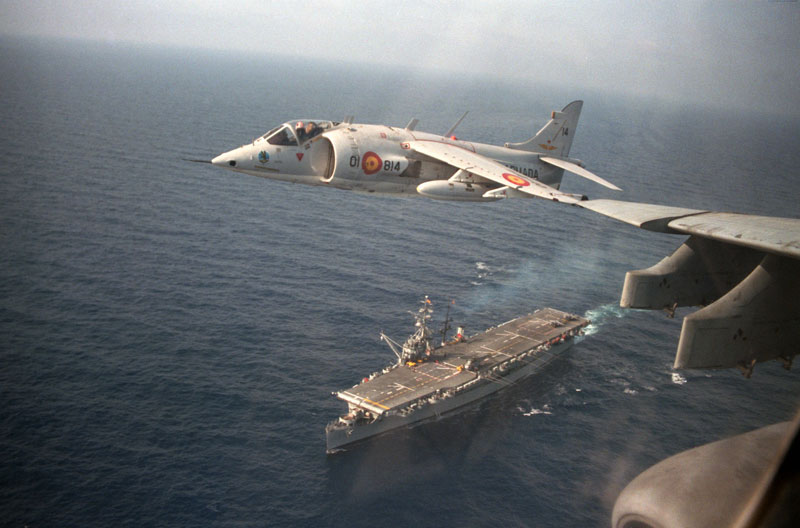 The United States military on Wednesday grounded its tilt-rotor MV-22 Osprey aircraft in Japan after Tokyo called for a halt to flights following a crash southwest of Okinawa island, the first accident involving the aircraft in the Asian nation.

The aircraft has become a lightning rod for opposition to the U.S. military presence in Okinawa, with local groups seeking the closure of American bases saying it is prone to crash and poses a danger to residents.

A U.S.-operated Osprey ditched into the sea on Tuesday, injuring its crew of five after a hose connected to the aircraft broke during a refueling exercise.

Images of the scene aired by Japan’s public broadcaster NHK showed the aircraft broke into several pieces in waters close to the coast.

“No flights in Japan are planned today,” said a U.S. Marine Corps spokesman in Okinawa. The U.S. military was still investigating the cause of the crash, which Prime Minister Shinzo Abe described as “regrettable” on Wednesday.

The Osprey, built by Boeing Co (BA.N) and Textron Inc’s (TXT.N) Bell Helicopter and designed to take off like a helicopter and rotate its propellers to fly like a plane, has suffered a series of incidents in other parts of the world prior to the crash in Okinawa.

The United States says it has two Osprey squadrons in Japan, although it does not disclose the precise number of aircraft. A squadron typically comprises between 12 to 24 aircraft.

“We regret the accident, but we do not regret the work of our young pilots,” Lieutenant General Lawrence D. Nicholson, the USMC commander on Okinawa, told a news briefing on the island broadcast by NHK.

The first Osprey crash in Japan could further delay plans to relocate some U.S. forces on the island and comes amid a surge in resentment over U.S. bases after an American civilian working for the military was arrested this year over the murder of a 20-year-old Japanese woman.

Leader Thapa off to Japan