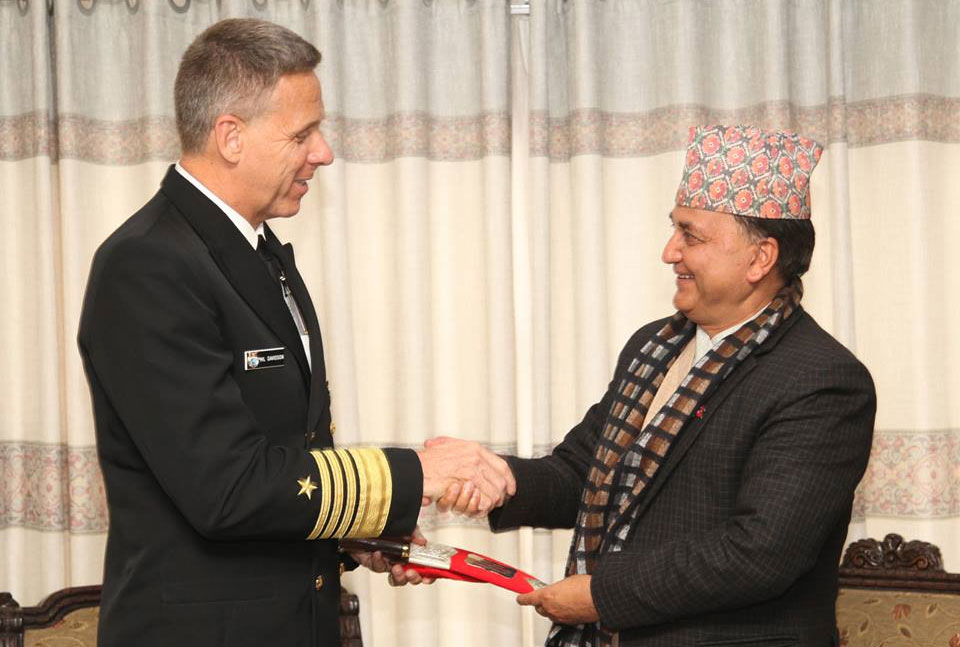 During the meeting with Defense Minister Pokharel, US Commander Davidson appreciated the Nepal Army’s contribution to the world peace saying that it has helped establish its positive image across the globe.  “As a US Indo-Pacific commander I am concerned about the peace in the Indo-Pacific region since I have a big responsibility. We are discussing issues related to helping Nepal,” said the press release issued by the Defense Ministry.

During his two-day Nepal visit, Davidson held discussions with Nepal Army Chief Purna Chandra Thapa in a meeting at the army headquarters.

During his recent meeting with US Secretary of State Mike Pompeo, Foreign Minister Pradeep Gyawali had requested the US to help upgrade the Panchkhal training center. At the meeting that was held at the political level in a gap of 17 years, the two leaders had discussed resolving legal hurdles to procure over 6,000 M-16 rifles from the US government.

KATHMANDU, Sept 28: Expressing dissatisfaction over recent controversies surrounding some of the US-supported programs in Nepal, US ambassador to Nepal... Read More...

Juggling between work and family life, working parents play the double role even in this time of pandemic
1 hour ago

Juggling between work and family life, working parents play the double role even in this time of pandemic
1 hour ago
Entrepreneurs set various preconditions to resume public transportation
1 hour ago

At least 11 missing in Myagdi floods
1 day ago