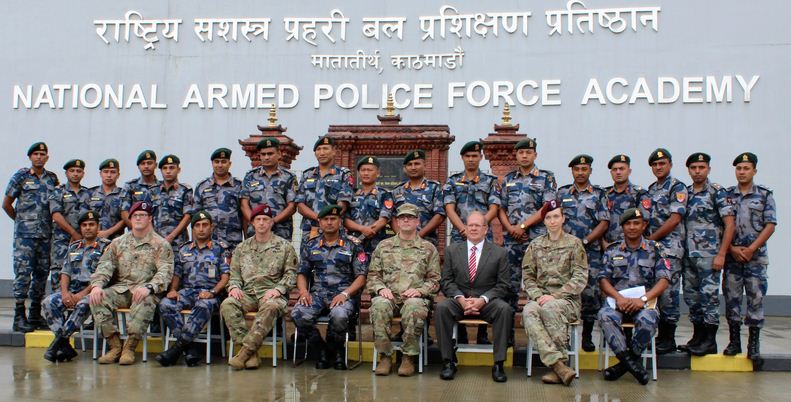 KATHMANDU, July 23:  Members of the U.S. Army and eighteen Armed Police Force (APF) personnel  have started exchanging their ‘medical first responder knowledge’-knowledge on how to provide pre-hospital care in a medical emergency- with each other at the National Armed Police Force Academy in Chandragiri in Kathmandu from Monday.

According to the news release issued by the U.S. Embassy in Nepal on Tuesday, the ‘first responder knowledge’ exchange program that began on July 22, 2019 will conclude on July 26, 2019.

The exchange program is aimed at creating a situation in which U.S. Army and the APF personnel help each other increase each other’s medical first responder capabilities.

The program is being launched under the aegis of the U.S. Embassy in Nepal.

A similar exchange program was launched at the APF's disaster Management Training School in Kurintar from April 8, 2019 and April 12, 2019.

The first responder knowledge exchange program is being launched as part of the plan of the United States Indo Pacific Command(INDOPACOM) to “enhance stability by promoting security cooperation, encouraging peaceful development, responding to contingencies, and deterring aggression.”

“The SMEE is an example of the partnership between the United States Indo Pacific Command (INDOPACOM) and the APF. United States INDOPACOM is committed to enhancing stability in the region by promoting security cooperation, encouraging peaceful development, responding to contingencies, and deterring aggression,” reads the news release.