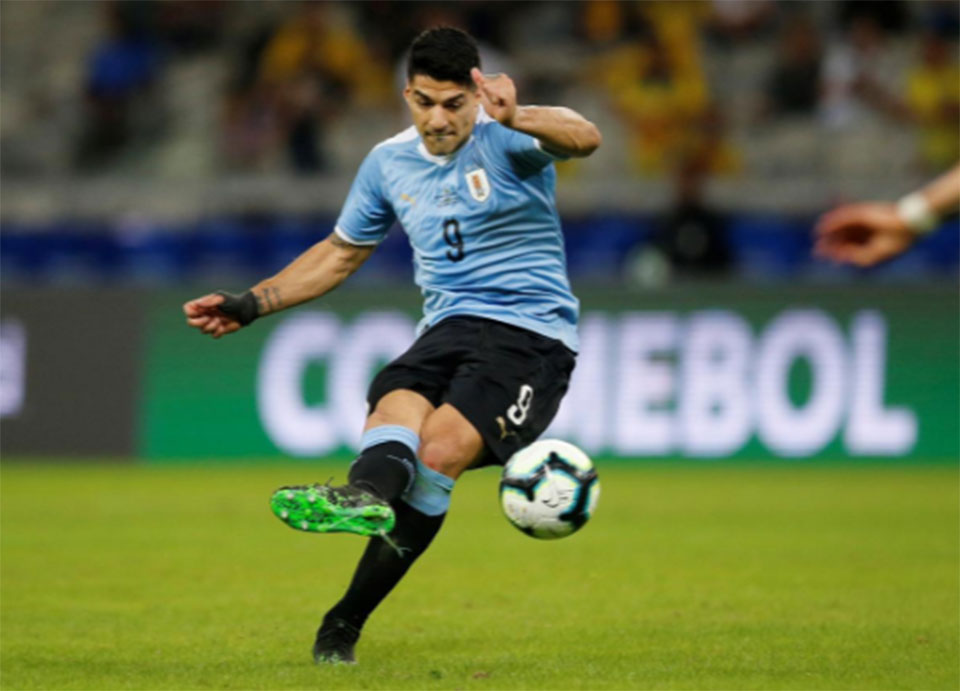 BELO HORIZONTE, June 17: Uruguay crushed Ecuador 4-0 in their Copa America opener on Sunday with help from an early sending off that deflated their opponents and assured the 15-times champions the simplest of starts to their campaign.

Uruguay were already leading 1-0 from a sixth minute Nicolas Lodeiro goal when Jose Quintero was shown a VAR-assisted red card for throwing an arm in an aerial challenge.

The 23rd minute sending off put Uruguay firmly in the driving seat and Edinson Cavani with an acrobatic volley and Luis Suarez with a poacher’s goal made it 3-0 by half-time.

The Uruguayans took their foot off the pedal in an uneventful second half but an own goal from Arturo Mina 12 minutes from time, confirmed by VAR, sealed a miserable night for Ecuador.

The result, Uruguay’s biggest win in the Copa America since 1967, puts them top of Group C, with Japan to play Chile in the second group game tomorrow.

Ecuador, one of only two South American sides never to win the tournament, looked poor throughout the game at the Mineirao stadium and will have to recover quickly before facing Chile, the current Copa America champions in Salvador on Friday.

Uruguay’s next match is against Japan in Porto Alegre on Thursday.

PORTO ALEGRE, June 21: Uruguay twice came from behind to draw 2-2 against a young Japan side in the Copa... Read More...