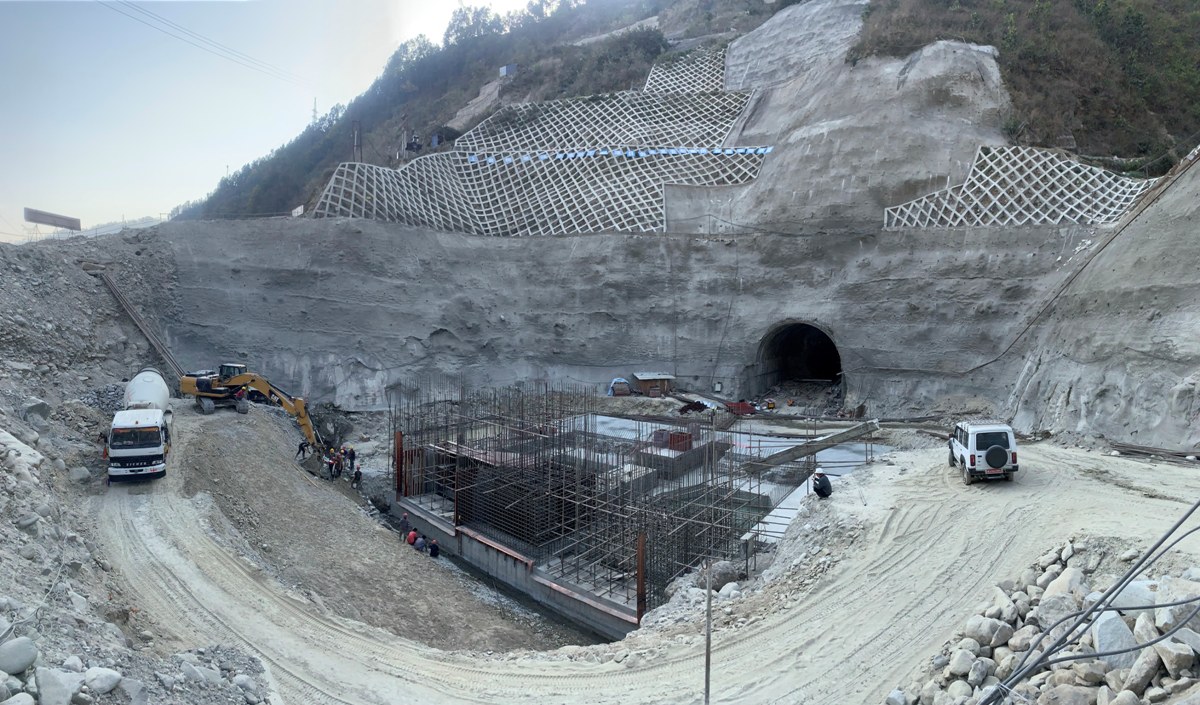 KATHMANDU, March 9: Work on the 37 MW Upper Trishuli 3B Hydropower Project under-construction in Rasuwa and Nuwakot under the People's Hydropower Program has gained momentum. The overall physical construction progress of the project, which has been affected by the COVID-19 pandemic, has reached 58 percent so far.

Also, construction was affected by the discovery of a much weaker rock than previously thought in the main tunnel. The contractor Chinese company Shuifa Anhe Group Co Ltd is currently constructing main structures including intake, main tunnel and powerhouse. Mohan Prasad Gautam, managing director of Trishuli Hydropower Company Limited and the promoter of the project, said that 2,865 meters of the main tunnel with a length of 3,805 meters has been dug.

"Surface powerhouse excavation has been completed and concreting of structures has started. Work is underway with the aim of concluding the first phase of concreting by mid-June, 2022 by connecting electromechanical equipment and parts," said Gautam.

"As the customs checkpoints with China have not been fully opened yet, the contractor company has not been able to transport the construction equipment and materials that have already been procured and ordered in China to the construction site. We have received information that they will be released from the customs soon.”

The contract agreement was signed with Shuifa Anhe Group Company on January 12, 2018, for the construction of the project in Engineering, Procurement and Construction (EPC) model. The contractor company will design, construct, connect and operate all the civil and electromechanical and hydro-mechanical structures and equipment of the project.

The gate required to send the water released from the powerhouse of Upper Trishuli 3A to the tunnel of the project has been connected. The electricity generated will be transmitted to the national grid through the existing Samundratar-Trishuli 3B hub transmission line.

BAITADI, July 28: A landslide has buried a canal of Kathmadi micro hydropower project at Shikharpur-2 of Baitadi. ... Read More...

TUTH will continue to provide health insurance coverage
19 minutes ago