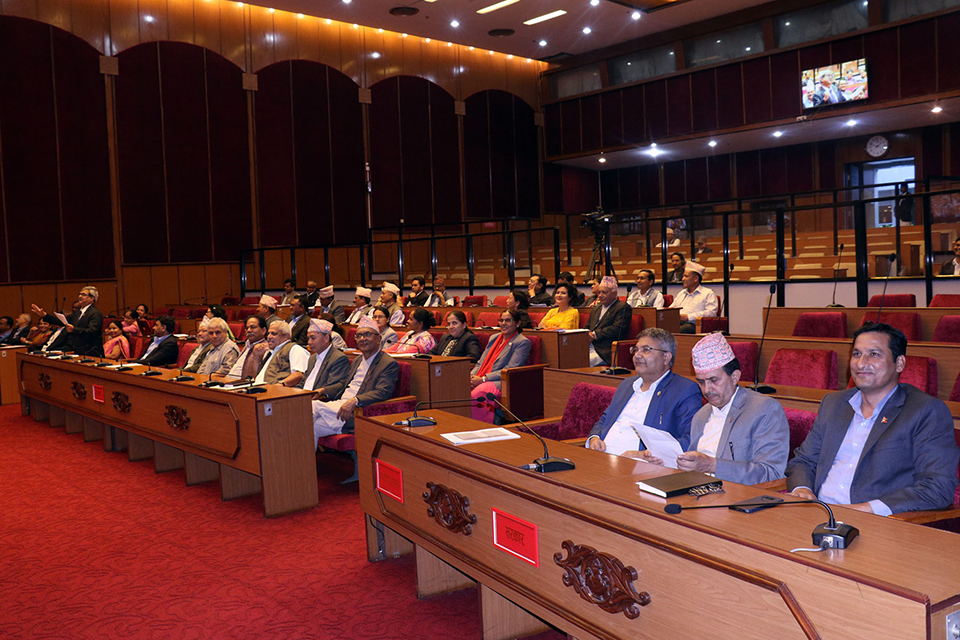 KATHMANDU, Aug 30: Minister for Communications and Information Technology, Gokul Prasad Banskota has said journalism should not be practised with interest motive.

He said so while responding to questions raised by lawmakers in course of discussions on the principles of the 'Nepal Media Council Bill, 2075 BS' in the meeting of the National Assembly, the Upper House of the Federal Parliament, today.

The Communications and Information Technology Minister said that the bill has been brought to render the mass communications media safe, dignified and responsible rather than restricting the journalism.

Taking part in the discussions on the principles of the bill, lawmaker Khimlal Bhattarai said that no such provisions as curtailing the press freedom were found in the bill.

Lawmaker Thagendra Prasad Puri said the bill was worth welcoming in terms of promoting impartial and objective journalism.

Lawmaker Badri Prasad Pandey accused the government of trying to control the fourth organ of the state.

Lawmaker Dr Bimala Rai Poudel said although the media has played a significant role in the economic and social development of the country there was the need for curbing the anomalies seen in this sector of late.

Pramila Kumari reiterated that the mass media should be able to function independently for putting an end to the growing corruption in the country and raising voice against the violence against the children and women, and speaking for the voiceless masses.

The National Assembly unanimously passed the proposal presented before the Assembly by Minister Banskota seeking consideration on the 'Nepal Media Council Bill, 2075 BS.'

The National Assembly will next meet at 1 pm on Wednesday, September 11.

KATHMANDU, Feb 6: Amid intense pressure from various quarters including the media fraternity, the National Assembly on Thursday endorsed the... Read More...