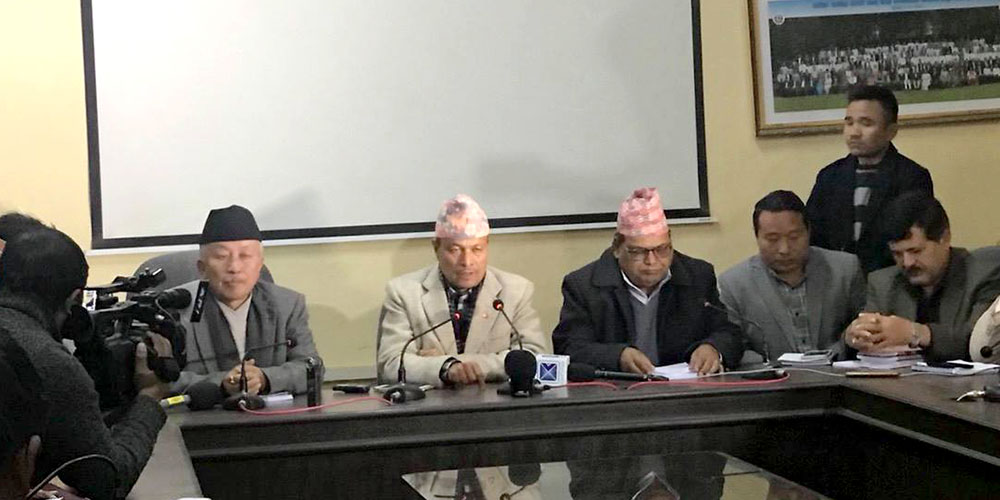 KATHMANDU, Jan 2: Leaders of the left alliance have urged the Election Commission (EC) to announce the final poll results without any further delay saying that the delay in allocating proportional representation (PR) seats of the lower house has complicated the new government formation process. They reached Bahadur Bhawan, the headquarters of the election body, following election commissioners' refusal to allocate seats in the lower house.

Despite completing vote counting and verification of the votes, the procedures required for announcing the poll results, the EC has not yet allocated PR seats won by the parties based on the number of votes they bagged in the elections.

In a meeting with the election commissioners on Monday, the leaders warned that 'serious consequences' may arise in the coming days if the government and the EC continue to prolong announcing the people's mandated expressed in the recent elections.

“Severe consequences may arise if the responsible bodies like EC don't act in time as per the peoples' mandate or continue to delay to announce the poll results indefinitely,” said UML Vice-chairman Bhim Rawal, who had reached the EC headquarters.

Even as the election body announced the poll results under the First-Past-The-Post electoral systems and seats under the provincial assemblies, it is reluctant to allocate proportional seats in the lower house. At the meeting, the leaders urged the EC not to delay announcing the poll results and asked the government to facilitate the government handover process, 'instead of complicating the institutionalization of the people's mandate.'

“It's EC's responsibility to release the poll results in time. And the government should not hinder the process under any pretext even if there is any confusion,” said Rawal adding, “Instead, it should ease the process if there is an issue.”

Left leaders blamed Chief Election Commissioner Ayodhee Prasad Yadav has been deliberately delaying to announce the poll results. Initially, Yadav had refused to allocate the proportional seats of the lower house saying that National Assembly Ordinance needs to be promulgated before allocating the PR seats. After the issuance of the ordinance by the President as demanded by the ruling Nepali Congress, CEC Yadav has been suggesting to the government to appoint governors, the ceremonial heads of the provincial governments and fix date for National Assembly elections.

Left alliance to share constituencies on the basis of poll results