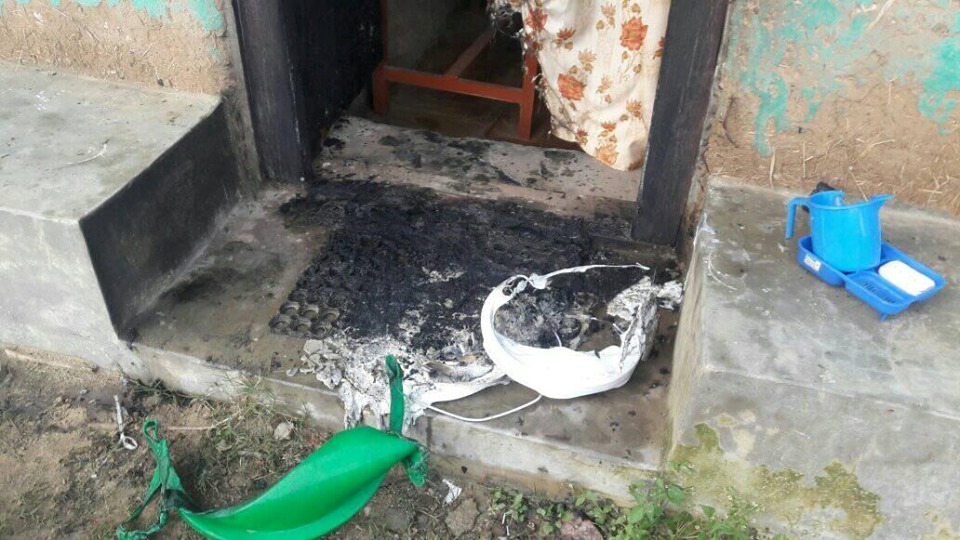 According to the police, the group had set fire placing a jute sack at the doors of the office and spraying diesel on them. The village is the hometown of Vice President Nanda Bahadur Pun.

The locals doused the fire immediately. Therefore, no further damage was reported.

“The villagers went to the spot thinking it might be due to lightning, but it turned out to be an explosion,” said Nar Bahadur Dangi, a local.

Rolpa police chief Dipak Khadka confirmed the incident and further said that police are searching those involved in the incident.

“We have launched an investigation into the incident,” Khadka added.

One injured in Dhanusha bomb explosion

DHANUSHA, April 5: A woman was injured in a bomb explosion at Dharapani of Dhanushadham municipality-9 in Dhanusha district on... Read More...

DANG, Nov 28: Eight people were injured in a bomb blast in Tulsipur on Monday. ... Read More...