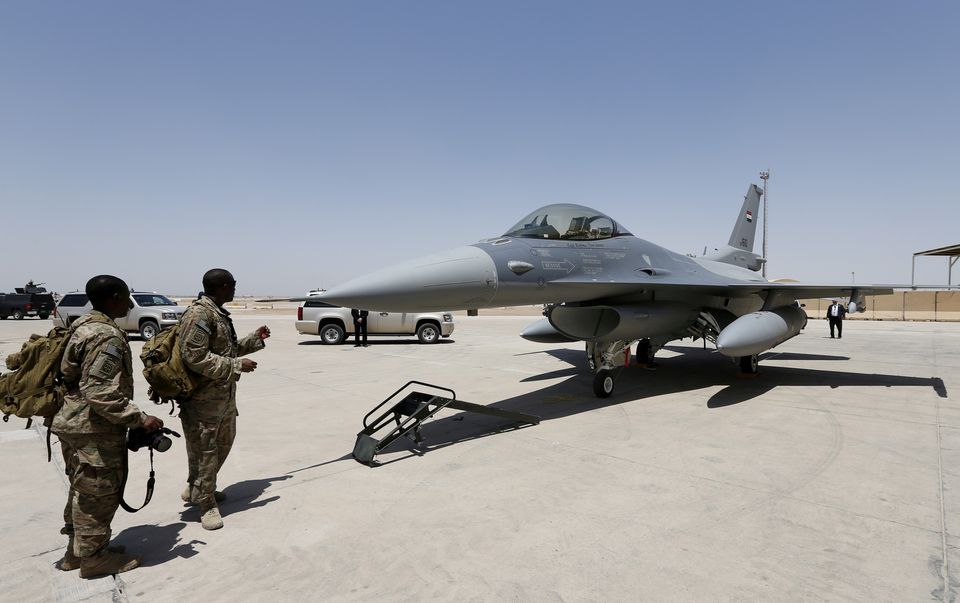 WASHINGTON, June 29: U.S. President Joe Biden's latest strikes against Iran-backed militia in Syria and Iraq were not the first nor likely the last of his young presidency.

For some of Biden's fellow Democrats, the crucial question is: does the pattern of attacks and counter-attacks amount to an undeclared conflict?

If it does, they say, there is a risk that the United States could stumble into a direct war with Iran without the involvement of Congress, an issue that is becoming more politically fraught after two decades of "forever wars."

"It's hard to argue, given the pace of attacks against U.S. troops and, now, the increasing frequency of our responses, this isn't war," Senator Chris Murphy, a Democrat who leads a key Senate foreign relations subcommittee, told Reuters.

"What we always worry about is that the United States slips into war without the American public actually being able to weigh in."

The two countries came close to the kind of conflict Democrats fear in January 2020, when the United States killed a top Iranian general and Iran retaliated with missile strikes in Iraq that caused brain injuries in more than 100 U.S. troops. That followed a series of exchanges with Iran-backed militias.

In the latest round, U.S. fighter jets on Sunday targeted operational and weapons storage facilities at two locations in Syria and one in Iraq, in what the Pentagon said was a direct response to drone attacks by militias against U.S. personnel and facilities in Iraq. read more

"A lot of people suggest that the term 'forever war' is just emotive, but it’s actually a decent descriptor of the kind of strike we saw again (Sunday): no strategic goal, no endpoint in sight, just permanent presence and tit-for-tat strikes," Emma Ashford, a resident fellow at the Atlantic Council, said on Twitter.

The White House has stressed that Sunday's air strikes were designed to limit escalation and deter future militia operations against U.S. personnel.

They were also legal, according to Biden.

"I have that authority under Article Two and even those up on the Hill who are reluctant to acknowledge that have acknowledged that's the case," Biden said, referring to part of the U.S. Constitution that lays out the powers of the president as commander-in-chief of the armed forces.

Brian Finucane, a former official with the Office of the Legal Adviser at the State Department, said the current administration - like others before it - do not see the episodes as part of an ongoing conflict.

He called it a "salami-slice" approach.

"They would characterize these as intermittent hostilities. We had one strike back in February and then the 60-day War Powers clock essentially was reset," said Finucane, now at the International Crisis Group.

He drew a comparison to the tanker wars with Iran in the 1980s, when the Reagan administration viewed "each round of fighting as sort of a closed event."

But experts say that view does not take into account that Iran-backed militia are waging a sustained - and escalating - campaign against the U.S. military presence in Iraq.

Michael Knights at The Washington Institute for Near East Policy cautioned that the militias' use of drones appeared increasingly dangerous, employing GPS guidance and precisely targeting U.S.-led coalition intelligence, surveillance and reconnaissance assets, and missile defenses.

"In quantity and quality, Iraqi militia attacks on coalition points of presence in Iraq are increasing. Unless deterrence is restored, U.S. fatalities are increasingly likely," Knights said.

Beyond pushing the United States out of the region, the militias’ secondary goal is to signal to the United States, the Iraqi government and others their mastery of more advanced weaponry, like the explosive-laden drones, said Phillip Smyth, also at The Washington Institute for Near East Policy.

"They live on some of the covert actions that they're doing," he said.

Members of Congress are currently working on repealing some of the war authorizations that presidents from both parties have used to justify previous attacks in Iraq, Syria and elsewhere. read more

But that wouldn't necessarily prevent Biden or any other U.S. president from carrying out defensive air strikes.

After he was briefed by Biden's national security team, Murphy said he remained concerned. U.S. troops were in Iraq to battle Islamic State, not Iran-aligned militia.

If Biden is wary of going to Congress for war powers, then perhaps he needs to heed Americans' skepticism about interventions in the Middle East, he said.

"If Congress had a hard time authorizing military action against Iranian-backed militias, it would largely be because our constituents don't want it. And that's what's missing from this debate," he said.

WASHINGTON, June 27: The United States said on Sunday it carried out another round of air strikes against Iran-backed militia... Read More...

KMC to run free ambulance service during Dashain
54 minutes ago