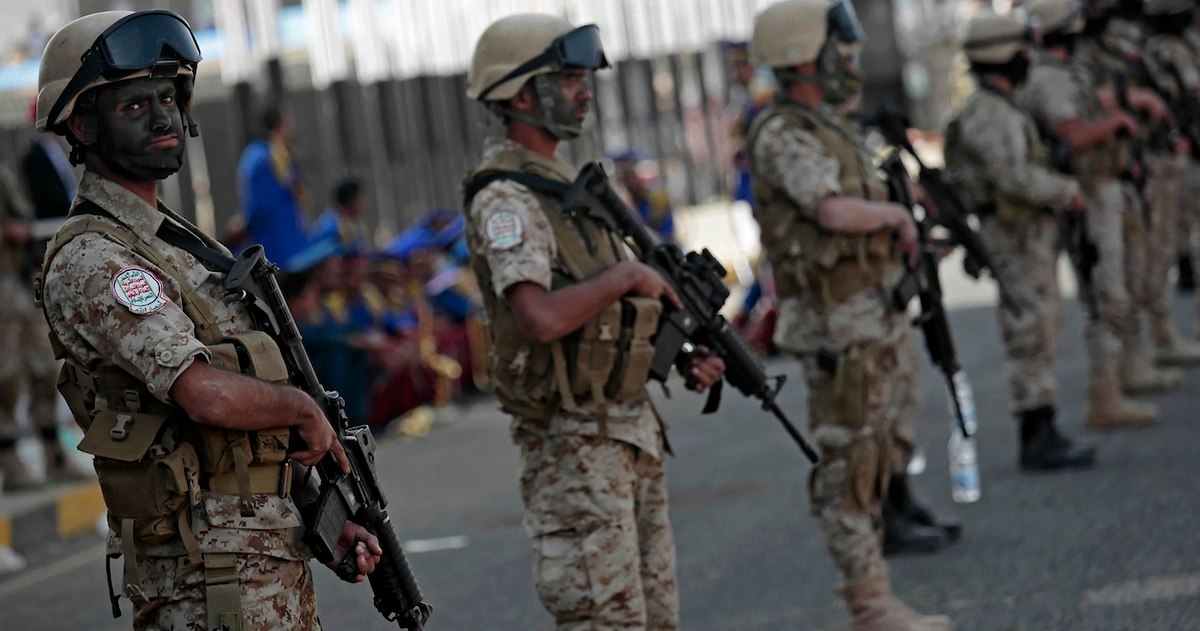 GENEVA, Aug 29: U.N. human rights experts said Tuesday the governments of Yemen, the United Arab Emirates and Saudi Arabia may have been responsible for war crimes since Yemen's conflict intensified 3½ years ago, including rape, torture, arbitrary detention and use of child soldiers.

Their report — the first since being mandated to investigate by the U.N.-backed Human Rights Council nearly a year ago — is increasing international pressure on the Saudis' Western-backed coalition that already has been widely condemned for devastating airstrikes on civilians as well as combatants.

The U.N. panel also pointed to possible war crimes by the Iran-aligned Houthi rebels who have been fighting the coalition that gets support from the U.S., Britain and France.

In one of the first reactions to the report, a Saudi diplomat told The Associated Press that the findings were "not accurate."

In 2015, Saudi Arabia announced it would lead a coalition of countries against the Houthi rebels who had ousted Yemen's internationally recognized government.

In the years since then, the U.N. says the conflict has become the world's worst humanitarian crisis, with more than 22 million people in desperate need in what is already the Arab world's poorest country. The experts documented 6,475 deaths from March 2015 until last June, but said the real figure is likely to be significantly higher. Other groups have estimated that more than 10,000 have been killed — excluding over 2,300 cholera deaths since April 2017 amid pitiful water supplies.

"Despite the severity of the situation, we continue to witness a total disregard of the suffering of the people of Yemen," said one of the experts, British human rights lawyer Charles Garraway. "This crisis has reached its peak, with no apparent sight of light at the end of the tunnel."

"It is indeed a forgotten crisis," he added.

The report said the experts from Britain, Tunisia and Australia have "reasonable grounds to believe that the governments of Yemen, the United Arab Emirates and Saudi Arabia are responsible for human rights violations."

Among the violations were unlawful "deprivation of the right to life," arbitrary detention, rape, torture, enforced disappearances and child recruitment, the report said, adding that the Houthis were to blame for many of the same abuses.

Much of the onus fell on Saudi Arabia, criticized for airstrikes that have hit schools, hospitals and wedding parties. One airstrike struck a bus near a market in Saada province, a Houthi stronghold, in northern Yemen on Aug. 9, killing more than 50 people, including 40 children, and wounding dozens.

Nearly a dozen deadly airstrikes the experts investigated in the last year "raise serious questions about the targeting process applied by the coalition," the report said. It chastised some in-the-field coalition fighters for "routinely" failing to seek information about targets on official "no-strike" lists that should have been avoided.

At a Pentagon news conference Tuesday, Defense Secretary Jim Mattis said the U.S. intends to continue backing the coalition despite civilian casualties and questions about the Saudis' commitment to avoiding killing innocents.

He defended U.S. support for the coalition, saying American influence on the Arab air campaign has made a difference in reducing instances of errant bombing and the targeting of civilians.

He noted, however, that U.S. support is conditioned on a Saudi commitment to doing "everything humanly possible" to avoid any loss of innocent life and Riyadh supporting a U.N.-brokered peace process to end the civil war. The U.S. provides the coalition with intelligence, aerial refueling and military advice, but U.S. forces are not directly involved in the airstrikes or other fighting.

They sharply criticized work by the coalition's Joint Incidents Assessment Team, which was set up as a bulwark against possible rights violations. They questioned the JIAT's explanations for the airstrikes that have killed civilians, and challenged its "independence and its ability to carry out impartial investigations."

The experts began their investigation following a rights council resolution in September 2017 — with the assent of the Saudis themselves. The Saudis repeatedly had resisted earlier diplomatic efforts to organize a more-intrusive investigation of possible crimes and rights abuses in Yemen, and criticized the experts' findings.

The experts said they drew up a "confidential list" of people suspected of committing international crimes and are giving it to the office of the U.N. human rights chief. They declined to specify the number or say whether they were on rebel or government sides.

The AP reported last year that the UAE and its allied militias were running a network of secret detention facilities, beyond Yemeni government control. In June, the AP reported hundreds of detainees had been subjected to sexual abuse and torture.

The Shiite rebels control some of Yemen's most populated western and northern areas, and human rights advocates have faulted them for planting land mines and targeting religious minorities and imprisoned opponents.

Abdulaziz al-Alwasil, the Saudi ambassador to the U.N. in Geneva, told the AP that the report was "not accurate" and overlooked the bigger picture of an armed Houthi militia illegally seizing territory from an internationally recognized government and at times firing missiles in Saudi Arabia.

"It (the report) is surprising for us because it doesn't reflect the reality," he said. "We genuinely want to improve the situation in Yemen: We are spending money there, our people are getting killed there. And Yemen is not a wealthy state . it's just our neighbor. And we think it is our responsibility to make sure that this country is not used to attack the neighboring countries."

Al-Alwasil insisted the coalition regularly reviewed its operations and would do so "with or without" the report.

"I don't think it's going to have a major impact in the way that we review our procedures or the way we conduct our military operations," he said.

In his response to the report, UAE Minister of State for Foreign Affairs Anwar Gargash tweeted that his country "must review it, answer its merits and review what it says about the horrors of the Houthis."

The U.N. refugee agency, meanwhile, said more than 450 civilians were killed in Yemen in the first nine days of August, making it one of the deadliest periods since the start of the war. Since June, the coalition has waged an offensive to clear the port city of Hodeida — pivotal for the entry of humanitarian aid — of the Houthis and restore government control.

Worst times may be coming
5 hours ago

NEA falls short of its target to expand electrification, blames coronavirus for the failure
48 minutes ago