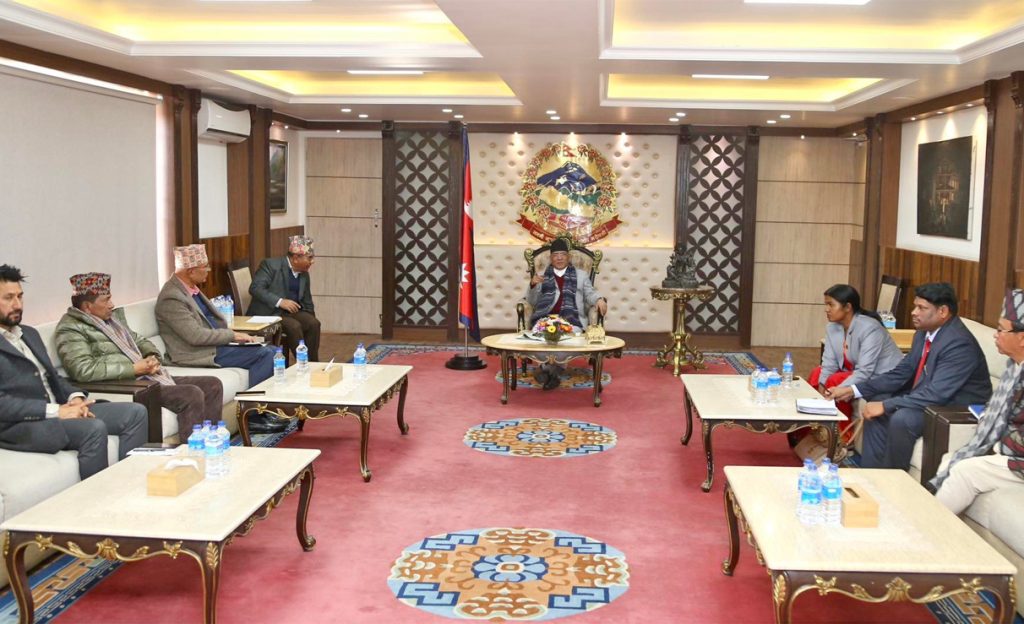 Anyone taking a deeper dive into the new coalition government’s common minimum program will immediately find it to be hurriedly drawn, highly ambitious, populist and distributive in character.

Meanwhile, Prime Minister Dahal could be seen busy attending reception and inaugural sessions, promising his“commitment to actions rather than words”. He has equated his third and, possibly,the last term as a student sitting for an exam for the third time. Will he come with flying colors or a disgraceful failure? Paradoxically, he has turned out to be the weakest PM with the strongest backing in parliament. Like an elephant unable to stand because of its own weight, he too has not been able to give his Cabinet a full shape. Definitely, actions speak louder than words.

Anyone taking a deeper dive into the CMP will immediately find it to be hurriedly drawn, highly ambitious, populist and distributive in character. The document seeks to accommodate wishes of the coalition partners rather than to start something fresh and new. Some items are just “cut-paste” materials from the election manifestos of the coalition partners. Similar to the fate of earlier CMPs, this too, will end up in the garbage cans of Nepal’s slothful bureaucracy. However, the document is worth reviewing as it will be used as a reference point as well as performance yardstick for the government in the days to come.

Speaking in parliament on the day of confidence voting, Amaresh Kumar Singh, an NC rebel leader, opined that “it will be a big deal if the government delivers 50 percent of what is being mentioned”. Here are some pickings from the document: resolving citizenship issue within six months; distribution of ID cards within a year; attainment of 100% literacy and 100% electricity coverage within 2 years; free medical treatment to 60+ years olds, annual  sanitary pad allowance of Rs 1500; free distribution of 10,000 liters of drinking water and 50 units of electricity during summer (30 units during winter) per household; 6 million people to benefit from social securities within five years; and increasing monthly minimum wage of Rs 25,000 within five years.

Some programs stretch for five years when the maximum conceivable tenure of the government is 2.5 years. In the absence of budgetary and fiscal implications, the programs sound more like hawa guff (air bag) than a serious commitment to do something. Other hawa guff included establishment of a fertilizer industry, connecting all municipalities by roads, and achieving a double digit growth within five years. By the way, Jeffrey Sach in his book The End of Poverty, has observed that, in China, double-digit growth implies running factories 24 hours a day and 7 days a week. Is this possible in Nepal?

Nagarik Unmukti Party (NUP) has already expressed its displeasure. Other than general comments on releasing political prisoners related to Terai Madhesh movement, as per the law, there is no specific commitment to release Resham Chaudhary. Its impact can now be clearly felt in delays in forming the provincial government in the Far West. Much media hyped Rastriya Swatantra Party’s (RSP) demand to have Prithivi Jayanti declared as national holiday is, surreptitiously, missing in the final document.

The document speaks of resolving the citizenship issue within six months. Earlier, the draft document spoke of resolving the issue within a month. Given the CPN-UML’s hard stand, how this issue will be resolved within six months is a matter worth watching. RSP and RPP have demanded a high-level anti-corruption commission. Probably, the drafters realized such a demand to contradict the constitutional arrangement made for the Commission for the Investigation of Abuse of Authority (CIAA). This is like demanding the formation of the then Royal Commission for Corruption Control (RCCC) type commission! Their other demands included investigation into corruption crimes committed  after 1990. This has been written in a diluted form “to investigate corruption crimes committed in any period of history”. In the absence of valid reasons for excluding panchas that ruled the roost before 1990, the anti-corruption drive is sure to turn into political vendetta.

At the external front, the government is expected to face a bigger challenge. The document speaks of repossessing Lipulekh, Limpuwadhura, Kalapani and Sustalands through effective diplomacy. Calling a spade a spade is definitely good but this could have been drafted in a diplomatic matter. Similarly, Nepal committing to revive the South Asian Association for Regional Cooperation (SAARC) will be an exercise in futility.