UN agency eyes $1.2 bn budget for Palestinians despite US cuts 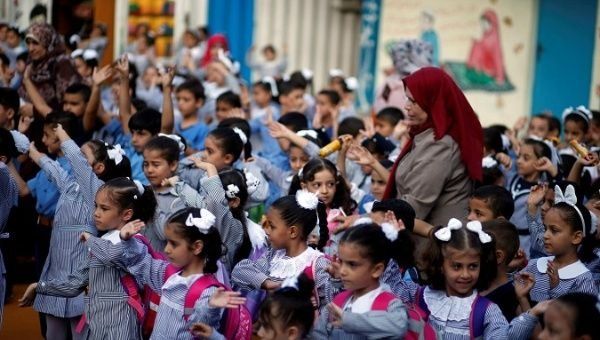 UNITED NATIONS, Jan 30: The UN agency for Palestinian refugees on Tuesday appealed to nations to help it maintain a US$1.2-billion budget in 2019 after it was hit last year by the withdrawal of U.S. funding.

The organization, known as UNRWA, was able to fully fund a budget of the same amount in 2018, despite a dramatic initial shortfall when the administration of U.S. President Donald Trump announced it was withdrawing nearly all support.

"The campaign last year was successful," agency chief Pierre Kraehenbuehl told reporters in Geneva. "We closed the entirety of the shortfall, which was an almost existential shortfall of US$446 million, ... thanks to the remarkable and generous mobilization of member states" and others.

After the U.S. cuts, the European Union, followed by Germany and Saudi Arabia were the biggest donors, with a total of 40 governments providing funds to the UN agency.

Kraehenbuehl told reporters he had come to Geneva to appeal to governments to repeat last year's "extremely generous contributions" and allow the vital core services and life-saving humanitarian aid for some 5.4 million Palestinian refugees across the Middle East to continue.

He said he had already received indications from several countries, including France, that they aimed to increase their donations this year.

"It is essential to preserve the key services carried out by courageous UNRWA staff in some of the most difficult and polarised regions of the Middle East," Kraehenbuehl said.

Around US$750 million of the amount requested would go to UNRWA's core services, including running 711 schools catering to 535,000 children between the ages of six and 16.

The remainder, he said, would go to emergency humanitarian aid in Gaza and the West Bank, as well as for Palestinian refugees inside war-torn Syria.

UNRWA was set up in 1950 to help Palestinian refugees who lost their homes because of the 1948 Middle East conflict. Its assistance includes schools, healthcare centers and food distribution.

More than 750,000 Palestinians fled or were expelled during the 1948 war surrounding Israel's creation. They and all their descendants are deemed by the UN agency to be refugees who fall under its remit.

GENEVA, March 18: Israel is depriving millions of Palestinians of access to a regular supply of clean water while stripping... Read More...

MOSCOW, Aug 31: Jordan will lead a campaign to raise funds for the UN agency that supports Palestinian refugees, to... Read More...