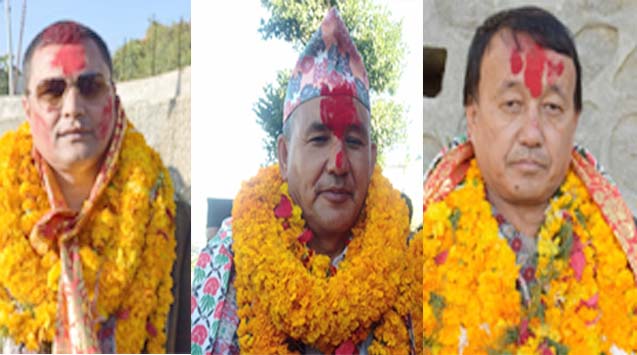 Similarly, CPN-UML candidate Laxman Tiwari has been elected member to the Provincial Assembly (A) in Tehrathum district, with 11, 726 votes. His closest rival Govinda Dhungana of Nepali Congress received 10,260 votes. He defeated Dhungana with a margin of 1,466 votes.

Likewise, CPN-UML candidate Tejman Kandangwa has been elected member to the Provincial Assembly (B) with 10,302 votes, defeating NC candidate Bijaya Sambahamphe. Sambahamphe got 8,047 votes. Of the total 19,963 votes cast under provincial elections, 712 had been invalid.

As many as 11 different political parties including CPN-UML and NC had taken part in the second round of parliamentary and provincial elections on December 7.

There were 53 polling stations and 89 polling centers in the district.

KATHMANDU, Dec 10: CPN-UML candidate Laxman Tiwari has been elected as the member to the Provincial Assembly in Tehrathum district... Read More...