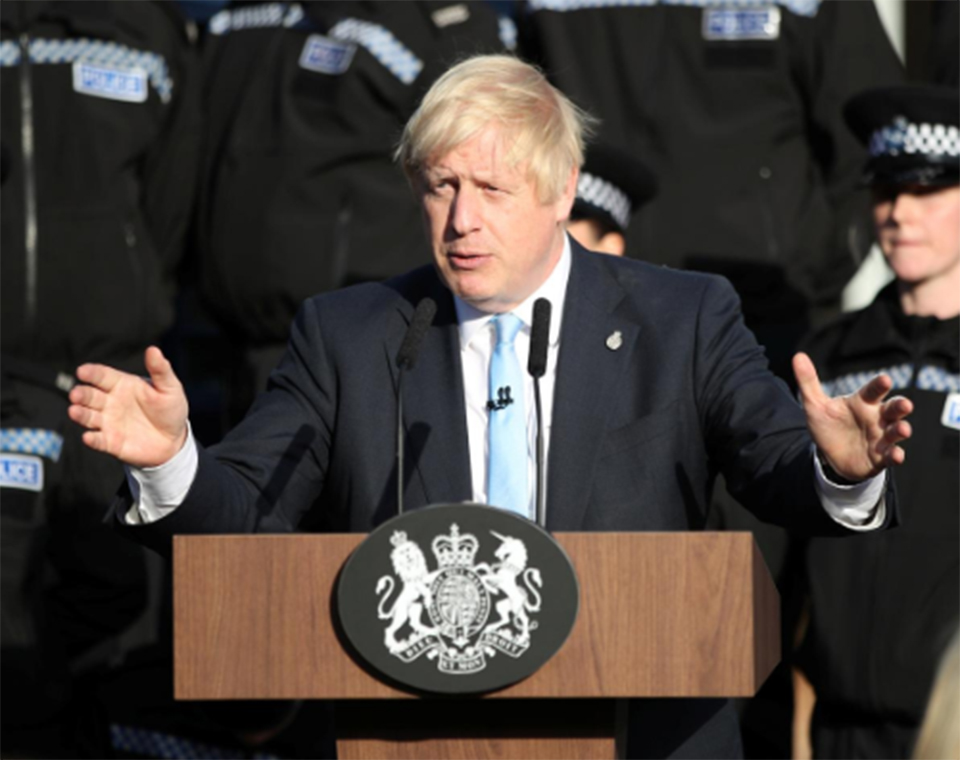 LONDON, Sept 9: British Prime Minister Boris Johnson will try for a second time on Monday to call a snap election, but is set to be thwarted once more by opposition lawmakers who want to ensure he cannot take Britain out of the European Union without a divorce agreement.

With no majority in parliament, which is determined to prevent what many businesses fear would be a calamitous way to quit the EU, Johnson wants to hold an election to keep his promise of leaving by Oct. 31, with or without an agreement.

On Monday, a bill is due to become law that would force him to seek a three-month extension to that deadline unless parliament has either approved a deal or consented by Oct. 19 to leave without one.

That has prompted Johnson, who has said he would rather be “dead in a ditch” than request such an extension, to ask for an election on Oct. 15.

He will put forward a motion in parliament on Monday to propose this, but it would require the support of two-thirds of lawmakers - and opposition parties have said they will not agree to an election until a ‘no-deal’ exit is ruled out.

It means that, three years after Britain voted to leave the EU, there is deep uncertainty about how the Brexit dilemma will play out what it will mean for the world’s fifth-largest economy and its people and politics.

Johnson, in office for less than two months, has endured a torrid seven days in which he lost his majority in parliament, expelled 21 rebels from his Conservative Party and saw his own brother quit the government, torn between family loyalty and “the national interest”.

On Saturday, his work and pensions minister suddenly resigned, saying the government was focusing 80 to 90% of its work on ‘no-deal’ preparations rather than seeking a withdrawal agreement with the EU.

Meanwhile two ministers said on Sunday that Johnson would not seek a delay at a summit next month - but notably declined to spell out how he would nevertheless obey the new law if no deal was agreed with the EU.

Johnson and other senior ministers say they are coming up with new proposals and that progress is being made in talks.

Finance minister Sajid Javid said Johnson would go to an EU summit on Oct. 17 to try to secure that deal.

“The prime minister will go to the council meeting on the 17th and 18th (of October), he’ll be trying to strike a deal. He absolutely will not be asking for an extension in that meeting,” Javid told the BBC.

One of the main sticking points has been disagreement over the Irish ‘backstop’ - an insurance policy to prevent the return of visible checks on the border between the Irish Republic and the British province of Northern Ireland.

Johnson goes to Dublin on Monday for talks with his Irish counterpart Leo Varadkar, but expectations are low.

“I don’t think the meeting tomorrow is a high-stakes meeting in that I don’t anticipate a big breakthrough,” Varadkar said on Sunday. “If we come to an agreement, that will happen most likely in October at the EU summit.”

The bill requiring Johnson to seek a Brexit extension is due to become law on Monday when it receives the assent of Queen Elizabeth, a move Johnson said would destroy Britain’s negotiating strategy by removing the threat of a ‘no-deal’ exit.

Foreign minister Dominic Raab said the government would “test to the limit” what the law would require ministers to do, and the Daily Telegraph reported that his office was exploring how it could sabotage any extension request by making it clear to the EU that it did not want a delay.

Irish Finance Minister Paschal Donohoe told BBC radio: “I think it would be reasonable to say that, from our point of view, we would be in favor of an extension that would create the space to hopefully conclude where we are. But it is a matter that needs full agreement across the European Council.”

A traitor like Madhav Nepal has no space in the party: UML Chairman Oli
15 hours ago
Only 16 percent of construction of Kathmandu-Terai expressway completed in past four years
14 hours ago