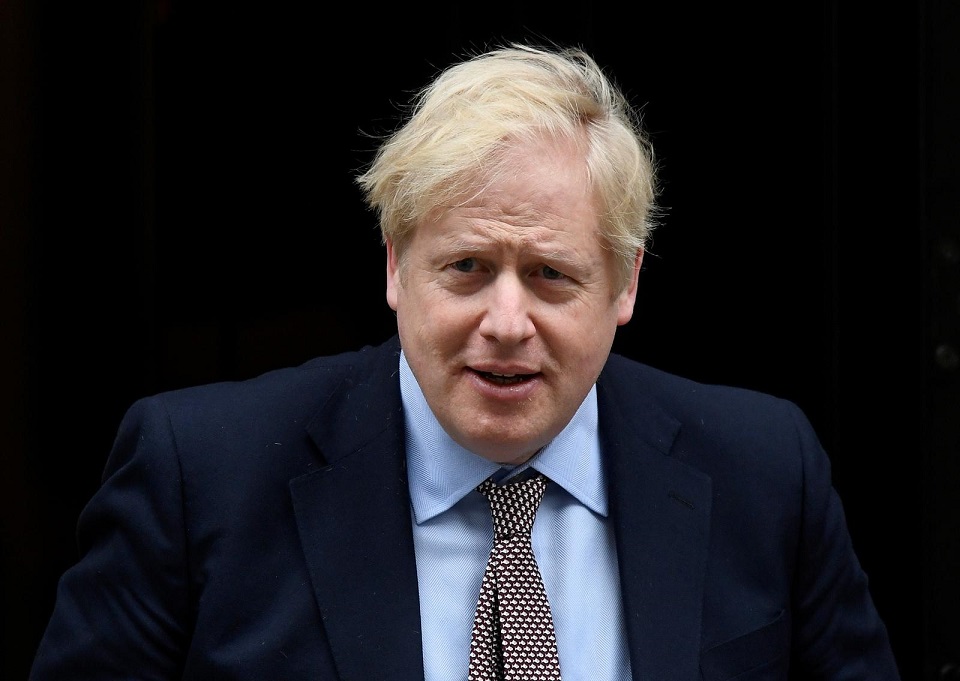 LONDON, Oct 12: British Prime Minister Boris Johnson will on Monday impose a tiered system of further restrictions on parts of England as the COVID-19 outbreak accelerates, though anger is rising at the cost of the stringent curtailment of freedoms.

Johnson will hold a meeting of the government’s emergency COBRA committee and then address parliament, offering lawmakers a vote later in the week on the measures. He will then hold a press conference alongside England’s chief medical officer and his finance minister.

Johnson’s three-tiered local lockdowns will include shutting bars, gyms, casinos and bookmakers in some areas placed into the “very high” alert level, probably across the north of England, British media reported.

“The purpose of these measures is to get the virus under control,” Culture Secretary Oliver Dowden told Sky News. “The point of moving to this tiered system is so that in those most highly affected areas, we have got measures in place to control the virus.”

Dowden said there was academic research that showed the risk of spreading the virus was higher in hospitality settings such as bars and restaurants. He said he hoped the measures would get the virus under control by Christmas or sooner.

But hospitality businesses say they are being pushed towards collapse by the government’s restrictions.

The Night Time Industries Association (NTIA), a UK trade body, told Reuters on Sunday that the industry has taken legal action to prevent lockdown measures from being imposed.

“The industry has been left with no other option but to legally challenge the so-called ‘common sense’ approach narrative from government, on the implementation of further restrictions across the north of England,” NTIA CEO Michael Kill said in an email.

“These new measures will have a catastrophic impact on late night businesses, and are exacerbated further by an insufficient financial support package,” the statement read.

After being criticised for mixed messaging as the numbers of coronavirus cases and deaths increase, Johnson will again go to parliament and the country to ask for support for a new approach to stem the spread.

Northern England has been particularly hard hit by a new surge that has forced local lockdowns as students returned to schools and universities.

The mayor of Liverpool, Steve Rotherham, said on Sunday the government wanted to put his city and surrounding area in the category subject to the toughest restrictions, adding that the measures that would apply there had not yet been agreed.

Johnson, under pressure from parts of his Conservative Party over some COVID-19 measures, is reluctant to repeat a national lockdown that would further hurt a struggling economy, but has been urged to act by medical officials.

KATHMANDU, Sept 22: The recovery rate of COVID-19 patients in Province 1 is around 27 percent less than the national... Read More...

How should I clean and store my face mask?

Cloth face masks worn during the coronavirus pandemic should be washed regularly, according to the U.S. Centers for Disease Control... Read More...

Coronavirus Pandemic: Orlando Bloom is heading home to be quarantined

The World Health Organisation has declared Coronavirus as Pandemic as it is massively impacting the film industry. While several Hollywood filmmakers and... Read More...

Efforts are made to bring the RSP back in govt: Minister Sharma
4 minutes ago