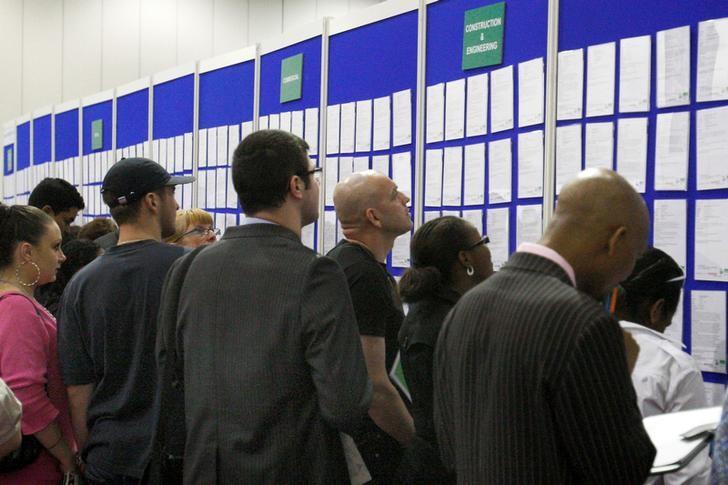 Wage growth remained largely unchanged over the period but jumped in December alone, the Office for National Statistics said.

British households have lost some of their spending power due to higher inflation, caused by the post-referendum fall in the pound.

But the Bank of England expects to pay to pick up soon, a big reason why it said earlier this month that interest rates are likely to rise faster and to a greater extent than they thought a few months previously.

The unemployment rate rose to 4.4 percent from 4.3 percent, the first increase since the three months to February 2016 as the number of jobless rose for a third monthly report in a row.

Employment growth was weaker than expected in the three months to December, rising by 88,000 people rather than the 173,000 Reuters poll consensus.

The ONS attributed a rise in unemployment to fewer economically inactive people - those neither working nor looking for a job.

Separate ONS figures showed Britain’s government recorded a January budget surplus of 10 billion pounds, slightly bigger than forecast and helped by a seasonal surge of income tax receipts at the start of the year.

In December alone, total pay jumped by 2.8 percent, up from 2.3 percent in November.

That was still weaker than the 3.0 percent reading of British consumer price inflation for December and the ONS said wage growth in real terms dropped by an annual 0.3 percent over the fourth quarter.

Excluding bonuses, earnings rose by 2.5 percent year-on-year against expectations for a 2.4 percent rise.

Quarterly figures from the ONS showed the number of EU nationals working in Britain rose by an annual 4.5 percent over the fourth quarter, the smallest increase since the third quarter of 2013.

That chimed with overall migration data that show a drop in net migration flows from the EU into the UK since the Brexit vote.

The ONS also published its first estimate for productivity in the fourth quarter.

Output per hour - the main measure of productivity - rose 0.8 percent quarter-on-quarter during the three months to December, slightly slower than the 0.9 percent rise in the third quarter.

That marked the strongest two quarters for productivity since the 2008/09 recession.

LONDON, March 3: British businesses reported their weakest growth in nearly six years during the past three months due to... Read More...

LONDON, July 12:  Official figures show that unemployment in Britain has fallen once again as the labor market shows resilience to... Read More...

KATHMANDU, June 20: Private sector leaders have said that the monetary policy for the coming fiscal year 2017/18 should address the... Read More...