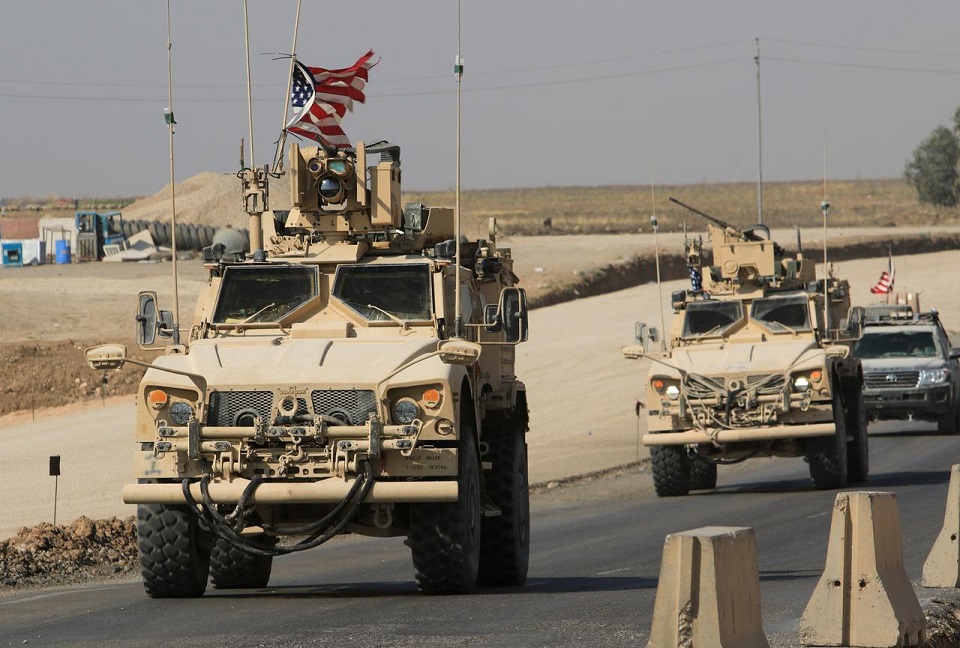 DOHUK, Iraq , Oct 21: United States troops have crossed into Iraq from Syria through the Sahela border crossing in the northern province of Dohuk, Reuters witnesses said on Monday.

An Iraqi Kurdish security source also told Reuters that U.S. troops had crossed into the semi-autonomous Kurdistan Region of Iraq.

About 30 trailers and Hummers carrying heavier duty equipment crossed, with troops in cars coming through, the source added. A second security source in Mosul also said U.S. troops had crossed into Iraq from Sahela.

U.S. Defence Secretary Mark Esper said on Saturday that all of the nearly 1,000 troops withdrawing from northern Syria are expected to move to western Iraq to continue the campaign against Islamic State militants and “to help defend Iraq”.

On Thursday, Turkey agreed in talks with U.S. Vice President Mike Pence to a five-day pause in an offensive into northeastern Syria to allow time for the Kurdish fighters to withdraw from a “safe zone” Ankara aims to establish near its border with Syria.

The truce also aimed to ease a crisis triggered by President Donald Trump’s abrupt decision this month to withdraw all 1,000 U.S. troops from northern Syria, a move criticized in Washington and elsewhere as a betrayal of loyal Kurdish allies who had fought for years alongside U.S. troops against Islamic State.

WASHINGTON, June 27: The United States said on Sunday it carried out another round of air strikes against Iran-backed militia... Read More...