U.S. seeks to increase pressure on Iran at Warsaw meeting 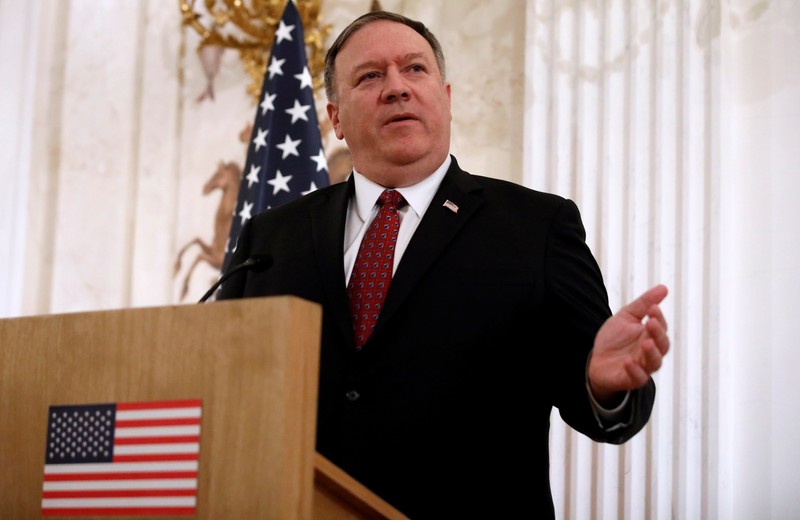 WARSAW, Feb 13: Foreign ministers and senior officials from 60 nations gather in the Polish capital Warsaw on Wednesday where the United States hopes to ratchet up pressure against Iran despite concerns among major European countries about heightened tensions with Tehran.

The absence of foreign ministers from major European powers, Germany and France, highlights festering tensions with the European Union over U.S. President Donald Trump’s decision last year to withdraw from a 2015 nuclear deal with Iran and reimpose sanctions.

EU policy chief, Federica Mogherini, who was a key player in the Iran nuclear deal, will also not attend the two-day conference due to scheduling issues, an EU official said, although U.S. Secretary of State Mike Pompeo will travel to Brussels on Friday to meet with her.

Pompeo, who will be joined by U.S. Vice President Mike Pence in Warsaw, played down the absence of leading European ministers at the event during a brief stop in the Slovak capital Bratislava on Tuesday, before he headed to Warsaw.

“Some countries are having their foreign ministers come. Other countries are not. That’s their choice,” he told a news conference.

“We think we will make real progress. We think there’ll be dozens of nations there seriously working towards a better, more stable Middle East, and I’m hoping by the time we leave on Thursday we’ll have achieved that,” he added.

While countries such as France, Germany and Britain have opened a new channel for non-dollar trade with Iran to avert U.S. sanctions and keep the nuclear deal afloat, they have criticized Tehran’s ballistic missile program.

“There will be discussions about Iran’s influence in the Middle East, what we can do to help get Iran on a more helpful footing that it has been, to collectively push back on some of its malign behavior in the region,” a senior U.S. official said of the Warsaw agenda.

Iran has threatened to pull out of the deal unless the European powers enable it to receive economic benefits. The Europeans have promised to help companies do business with Iran as long as it abides by the deal.

In other policy differences, Washington’s European allies have also voiced concern over Trump’s decision to withdraw U.S. troops from Syria.

The conference will also hear from White House adviser Jared Kushner, who is Trump’s son in law, over plans by the United States for peace between Palestinians and Israelis.

While Kushner is not likely to divulge too many details of the plan, it will be one of the first occasions he will publicly discuss the U.S. efforts.

Palestinian officials have said they will not attend the Warsaw conference because of Washington’s decision to move the U.S. embassy to Jerusalem. Israeli Prime Minister Benjamin Netanyahu will, however, attend, alongside several officials from Gulf states.

It was unclear which ministers would be attending since organizers refused to release the list of participants ahead of Wednesday’s meeting.

Hosting the event is a chance for Poland’s conservative government to bolster its ties with Washington at a time when it faces mounting isolation within the EU amid a dispute over its adherence to rule of law standards.

“It’s a clear effort to underline their desire to please Washington,” said Piotr Buras, a director of the Warsaw office of the ECFR think tank. “The goals of the conference are also defined by the U.S., not by Poland. Poland is just the implementer.”

“The European Union alone does not, in my opinion, carry sufficient political weight to try to really influence the situation in the Middle East,” he told reporters in Warsaw.

“Only working together with the United States , and broadly speaking the community of democratic countries, can we have a positive influence and achieve peace and the stabilization of the situation in the Middle East,” he added.

Michal Baranowski, who heads the Warsaw office of the German Marshall Fund, said the outcome of the conference could either showcase divisions or more agreement over Iran.