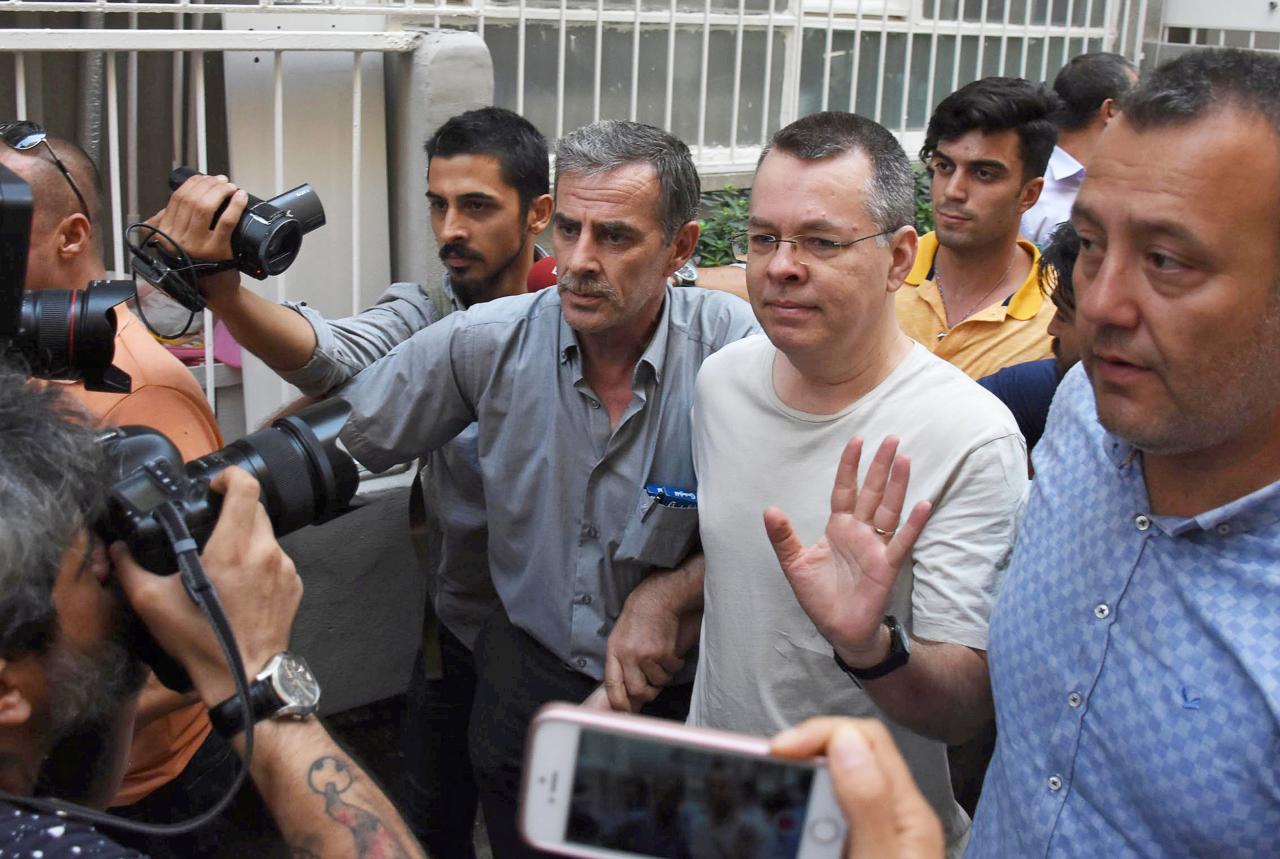 WASHINGTON, Aug 17: The United States warned Turkey on Thursday to expect more economic sanctions unless it hands over detained American pastor Andrew Brunson, as relations between the two countries took a further turn for the worse.

U.S. Treasury Secretary Steven Mnuchin assured President Donald Trump at a Cabinet meeting that sanctions were ready to be put in place if Brunson was not freed.

“We have more that we are planning to do if they don’t release him quickly,” Mnuchin said during the meeting.

The United States and Turkey have exchanged tit-for-tat tariffs in an escalating attempt by Trump to induce Turkish President Tayyip Erdogan into giving up Brunson, who denies charges that he was involved in a coup attempt against Erdogan two years ago.

“They have not proven to be a good friend,” Trump said of Turkey during the Cabinet meeting. “They have a great Christian pastor there. He’s an innocent man.”

In a tweet later on Thursday, Trump said the United States “will pay nothing” for Brunson’s release, “but we are cutting back on Turkey!” He called Brunson “a great patriot hostage.”

Trump’s national security adviser, John Bolton, had issued a blunt warning to Turkish ambassador Serdar Kilic when he met him on Monday at the White House, an administration official said on Thursday.

When Kilic sought to tie conditions to Brunson’s release, Bolton waved them aside and said there would be no negotiations.

“Release Brunson,” Bolton told him, according to the official, who declined to be named.

Turkey has sought to persuade the United States to spare Turkey’s state-owned Halkbank from a threatened fine for allegedly helping Iran evade U.S. sanctions. Ankara also wanted Washington to hand over Turkish cleric Fethullah Gulen, who lives in Pennsylvania and who Turkey suspects of plotting the coup against Erdogan. Gulen denies the allegations.

“They missed a big opportunity. This is very easy to resolve,” the administration official said. “They made a big mistake trying to tie this to other things.”

The dispute over Brunson and other frictions between Washington and Ankara have been one reason the Turkish lira has plunged 40 percent this year. Investors also fret over Erdogan’s influence over monetary policy.

Russia won’t be dragged into new arms race, but will respond to US withdrawal from INF – Putin

Turkey increases tariffs on some US imports, escalating feud