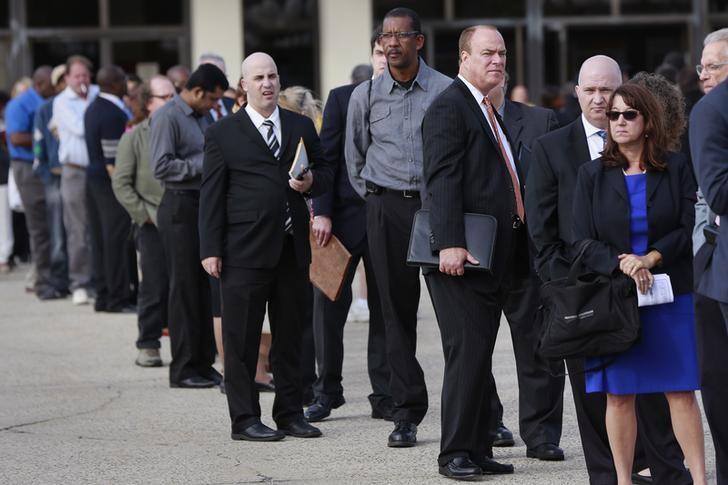 WASHINGTON, March10: U.S. employers likely maintained a brisk pace of hiring in February and boosted wages for workers, which is expected to give the Federal Reserve the green light to raise interest rates next week despite slowing economic growth.

Nonfarm payrolls probably increased by 190,000 jobs last month, according to a Reuters survey of economists, in part as unseasonably mild weather buoyed employment in the construction sector. The economy created 227,000 jobs in January.

The economy needs to create roughly 100,000 jobs per month to keep up with growth in the working-age population.

"February employment appears to be the final hurdle for the Fed to raise interest rates in March, and it's likely to be easily jumped," said Ryan Sweet, senior economist at Moody’s Analytics in Westchester, Pennsylvania.

Payrolls could, however, surprise on the upside after the ADP National Employment Report showed on Wednesday that private sector employers hired 298,000 workers in February, the largest amount in a year.

Last month's brisk clip of hiring is expected to have been accompanied by an acceleration in wage growth, with average hourly earnings seen rising 0.3 percent in February after January's paltry 0.1 percent gain. That would lift the year-on-year increase in wages to 2.8 percent from 2.5 percent in January.

The unemployment rate is seen declining 1/10th of a percentage point to 4.7 percent in February, even as more people likely entered the labor market, encouraged by the hiring spree.

With the labor market near full employment, wage growth could speed up as companies are forced to raise compensation to retain employees and attract skilled workers.

According to economists, a growth rate of between 3 and 3.5 percent in wages is needed to lift inflation to the Fed's 2 percent target. But inflation is already firming, in part as commodity prices rise.

Rising inflation, together with a tighter labor, stock market boom and strengthening global economy, has left some economists expecting that the Fed could increase interest rates much faster than is currently anticipated by financial markets.

"The Fed might find itself behind the curve and having to catch up," said Joel Naroff, chief economist at Naroff Economic Advisors in Holland, Pennsylvania.

The U.S. central bank lifted its benchmark overnight rate in December and has forecast three rate increases for 2017.

Job growth has averaged 186,000 per month since January 2010, a recovery that predates Donald Trump's presidency. While Trump's election victory last November sparked a stock market rally and jumps in consumer and business confidence, there has been no surge in both business and consumer spending.

Data ranging from trade to consumer and business spending suggest the economy slowed further early in the first quarter after growing at a 1.9 percent annualized rate in the final three months of 2016. The Atlanta Fed is forecasting gross domestic product growing at a 1.2 percent rate this quarter.

"It's really surprising that the U.S. is still producing this many jobs because we are quite close to full employment," said Thomas Costerg, a senior U.S. economist at Standard Chartered Bank in New York. "It's way too early to see the impact of the new administration's policies."

All sectors of the economy, with the exception of government, are expected to have expanded payrolls in February.

Retail sector employment probably cooled after surprisingly adding 45,900 jobs in January. Retailers, including J.C. Penney Co Inc and Macy's Inc have announced thousands of layoffs as they shift toward online sales and scale back on brick-and-mortar operations.

Government employment could fall for a fifth straight month amid a freeze on the hiring of civilian federal government workers, which came into effect in January.

"We think that overall government payrolls will decline 10,000," said Daniel Silver, an economist at JPMorgan in New York.

Leadership Development: The Peril of Ignoring the Emotional Domain
10 minutes ago