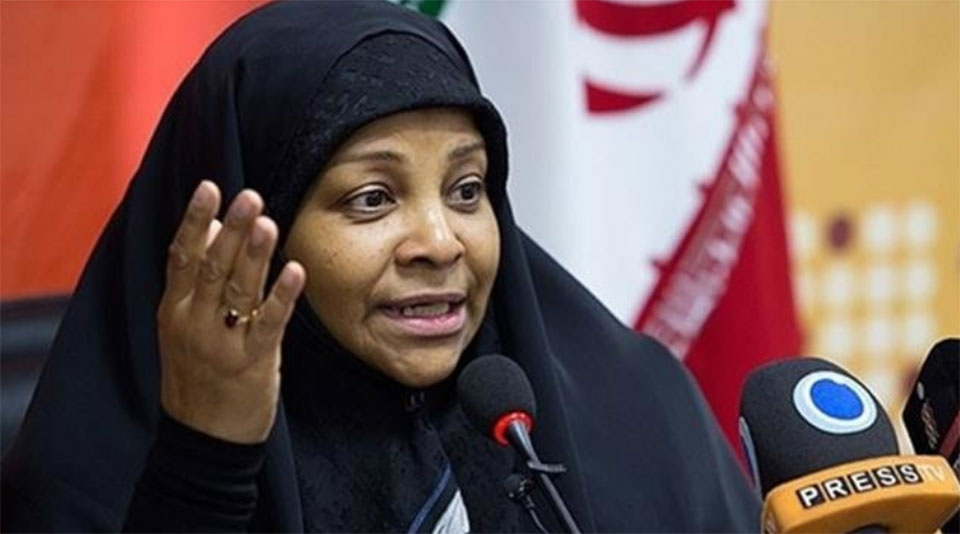 TEHRAN, Jan 20: Press TV anchor Marzieh Hashemi was arrested in the U.S. for her advocacy of African Americans, says a petition on change.org under the headline “FREE MARZIEH HASHEMI - American Citizen- Journalist”. crimes.

“Sister Marzieh Hashemi is a political prisoner who is being punished by [sic] for her advocacy for the AFRICAN AMERICAN Community,” said the petition, which was aiming at 15,000 signatories and had already surpassed 10,000 by the time of this report on Saturday at 19:00, Tehran time.

“She has used her position as a journalist to continuously highly the racial disparity and discrimination against black Americans. She was instrumental in organizing The New Horizon conference in Iran on the status of African Americans,” it added.

United States District Court for the District of Columbia announced on January 18 that Hashemi is being held in detention in the U.S. as a material witness and has not been accused of any crimes.

Hashemi has been imprisoned in the United States since January 13, on a trip to visit her family members.

Upon arrival at St. Louis Lambert International Airport she was detained and transferred from Missouri to Washington DC, where she is currently being held in an FBI detention facility.

Over a phone conversation she told her daughter that she was being mistreated at the prison like a criminal, being handcuffed and shackled. She also said that her hijab was removed unwillingly and was photographed without a headscarf once she arrived at the detention facility and is now only wearing a T-shirt and using another one to cover her head.

Hashemi also told her daughter that she had only a packet of crackers as food for the past few days as she has only been offered pork meat – which is forbidden under the Islamic law.

While it was first announced that she was imprisoned on unspecified charges, a court document issued on Friday shows that she was arrested on a material witness warrant issued by a United States District Court Judge in the District of Columbia.

The document further asserts that Hashemi has been appointed an attorney and has not been accused of any crimes.

Based on the unsealed court order, Hashemi has had two court appearances before a United States District Judge, during which she has been represented by counsel.

“The United States expects that she will be released immediately following the completion of her testimony before a grand jury investigating violations of U.S. criminal law,” the document said.

Hashemi was born in New Orleans as Melanie Franklin in a Protestant African-American family. In 1979, concurrent with the Islamic Revolution, she was a student in the field of broadcasting. After the Revolution, she converted to Islam and worked for Islamic newspapers and magazines in the U.S.

She has lived in Iran since 2008 and has worked as a TV presenter, journalist, voice-over artist, and documentarian and the host of Press TV.

The news of Hashemi’s arrest and mistreatment has been greeted with widespread outrage.

A group of human rights activists in England have shown their protest against the illegal detention of Hashmi by projecting her photo on the headquarters of the BBC, Hossein Kazeruni, a social media activist, tweeted on Saturday.

Anand Vijay Gurung says he is a full time communication specialist and a part time writer but that hasn’t stopped... Read More...

Govt itself has obstructed construction of Gautam Buddha International Airport: Poudel
4 hours ago