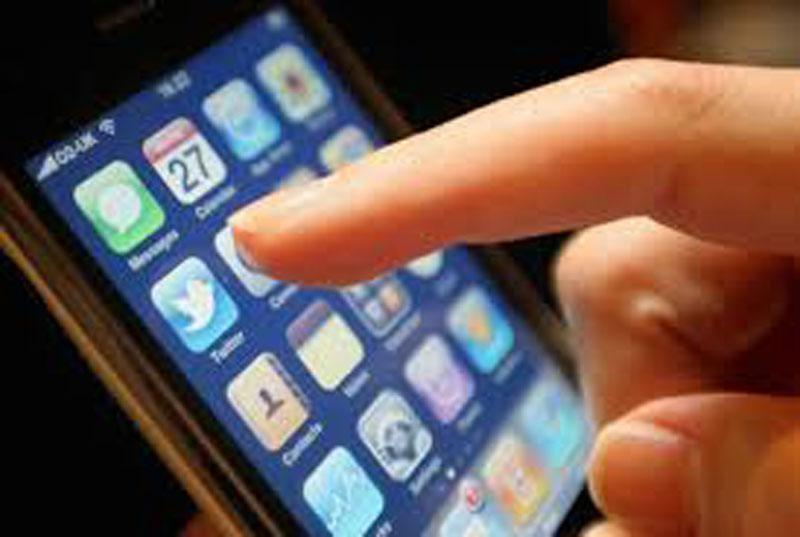 KATHMANDU, May 18: Police in the Kathmandu Valley said about two-thirds of the mobile phone theft victims are women.

A booth of Kathmandu Metropolitan Police Range at Teku, set up to register complaints on lost and stolen mobile phone sets receives around five dozen complaints every day and about two thirds of the victims are women, according to police.

“A large majority of victims are girl students and women,” said deputy superintendent of police Mohan Bahadur Thapa. “However, we have not classified the complaints on the basis of gender,” he added.

Most of the victims Republica interviewed at the complaint booth last week said mobile phone sets are mainly pick-pocketed while traveling in  crowded buses, micro-buses and tempos. Sometimes, thieves play trick on unsuspecting people by borrowing their phones to make ‘emergency’ phone calls and make off.

“I was walking at Ghattekulo of Kathmandu late in the evening a few weeks ago when a man asked me to provide him my set for making an emergency phone call,” said Harka Bahadur Rokaya, a master’s degree student at TU, Kirtipur. “As soon as I handed him my phone set, he ran away,” he shared his story.

Subash Kumar Thakur, along with his four friends who were travelling along the Bagmati River in Rautahat on their motorcycles two months ago, were stopped by a gang armed with sharp weapons and robbed of their phone sets and wallets.

Among them, 1,681 phone sets were recovered in the last fiscal year while only 1,083 sets were recovered this fiscal year.
Madhu Gupta was one such lucky person who found her lost phone after a month. “I was among a crowd at Asan a month ago. And somebody stole my phone,” she said,adding, “But now police have found it and I am very happy.”

Sagar Khanal, a bachelor’s degree student, also found his phone, which was lost six months ago. “I dropped my phone somewhere in Kathmandu while travelling on a motorbike. But I found it with police help,” Khanal said last week.

“We are able to retrieve only about 10 percent of stolen or lost phone sets,” said DSP Thapa.

Police use technology to trace the stolen or lost phone sets. As soon as a new SIM card is inserted into a stolen phone set, police are able to track the IMEI number of the set and the phone number and seize such phones. “But it is difficult to retrieve the phones if they are taken out of the country, for example India,” he said.
“Thieves have become so crafty that they even change the IMEI numbers of phone sets in India. We urge people not to buy second hand phone sets without complete documents.”

‘We become victim of cell phone addiction without even realizing’

When was the last time we took time away from our cell phone for an hour and actually enjoyed life?... Read More...