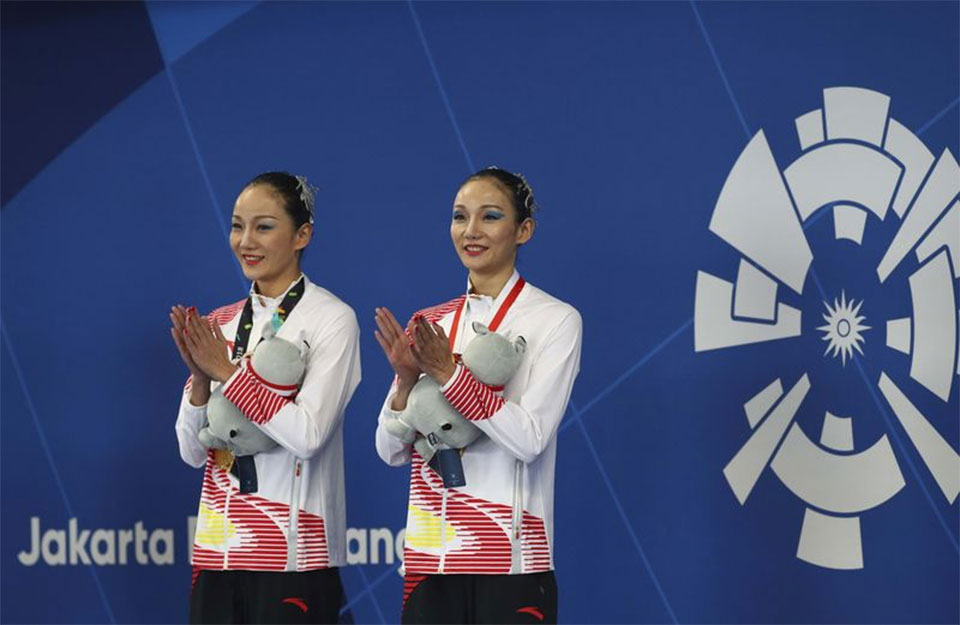 JAKARTA, Aug 28: Two sets of twins stood on the podium with Asian Games medals around their necks after the final of women’s duet in synchronised swimming on Tuesday.

China’s famed Jiang sisters Tingting and Wenwen won the event for the third time, dominating both technical routine and free routine to claim their sixth golds over three editions of the Games.

The Japanese duo of Yukiko Inui and Megumu Yoshida won the silver at Jakarta’s Golera Bung Karno Aquatic Center and in third place were 23-year-old twins Alexandra and Yekaterina Nemich from Kazakhstan.

The pair returned to pool after giving birth to daughters and won the Chinese national crown last year.

“Since we returned to the pool, we trained everyday so we could be stronger than ever,” said a euphoric Wenwen, who with her sister will turn 32 next month.

“We are satisfied that we showed our best during the competition ... We improved on the difficulties of the routines. We did a great job,” she added, calling themselves their biggest opponents in the continent.

Japan’s Miya Tachibana is the only other athlete to have won the duet event three times.

JAKARTA, Aug 24: Nepal’s badminton team build on their success against Pakistan as they beat Mongolia in men’s doubles and... Read More...

IPOs of 20 companies worth over Rs 5.90 billion on pipeline
11 hours ago

MCC compact agreement cannot be amended only for Nepal: FM Khadka
7 hours ago