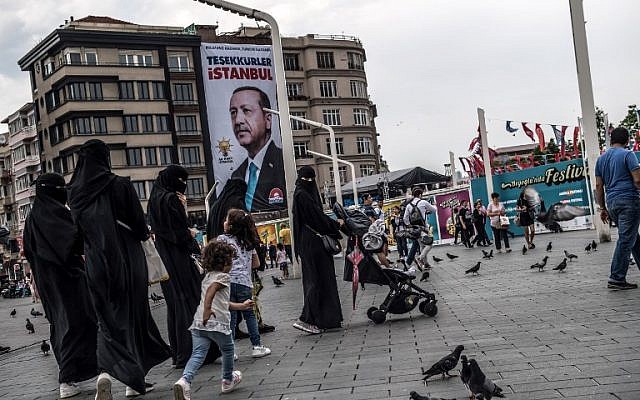 TURKEY, July 7: Turkish authorities ordered the dismissal of more than 18,500 state employees including police officers, soldiers and academics, in a decree published on Sunday.

The Official Gazette said 18,632 people had been fired, including 8,998 police officers, in the emergency decree over suspected links to terror organizations and groups that “act against national security.”

Another 1,052 civil servants from the justice ministry and linked institutions have been fired as well as 649 from the gendarmerie and 192 from the coast guard.

Authorities also sacked 199 academics, according to the new decree, while 148 state employees from the military and ministries were reinstated.

Turkey has been under a state of emergency since the July 2016 attempted overthrow of President Recep Tayyip Erdogan.

Turkish media dubbed the decree as the “last” with officials indicating the state of emergency could end as early as Monday.

The emergency has been renewed seven times and the latest period is officially due to end on July 19.

Over 110,000 public sector employees have been removed previously from their jobs via emergency decrees since July 2016 while tens of thousands more have been suspended in a crackdown criticized by Ankara’s Western allies.

Turkey accuses US-based Muslim preacher Fethullah Gulen of orchestrating the attempted coup. The majority of those fired under the emergency are accused of links to Gulen.

The government refers to the movement as the “Fethullah Terrorist Organization.” Gulen strongly denies any coup links and insists his movement is a peaceful organization.

Sunday’s decree shut down 12 non-governmental organizations across the country as well as three newspapers and a television channel.

Human rights defenders including Amnesty International have lambasted the purges as arbitrary but Turkey says they are necessary to remove the Gulen movement’s infiltration of state bodies.

Earlier this year, the government said more than 77,000 people had been arrested over alleged links to Gulen.

ANKARA, Turkey, Oct 4: Turkish authorities on Tuesday suspended some 12,800 police officers from duty over their suspected links to... Read More...