KATHMANDU, Feb 17: Tribhuvan University (TU) has published a schedule for the election of Free Students Union.

The election schedule has been made public following a meeting held between the student unions and TU officials on Thursday evening.
According to the new schedule, the voters’ list will be published by 10 am on February 22.

The candidates or voters concerned can file complaints or objections if any for inclusion, deletion or modifications of the names listed in the electoral roll by 2 pm on the same day while the final electoral roll will be published by 12 pm on February 23.

The Election Commission will distribute forms for the candidates under the first past the post system and proportional representation from 12 pm to 5 pm on February 23.

The FSU elections will be held on March 1. 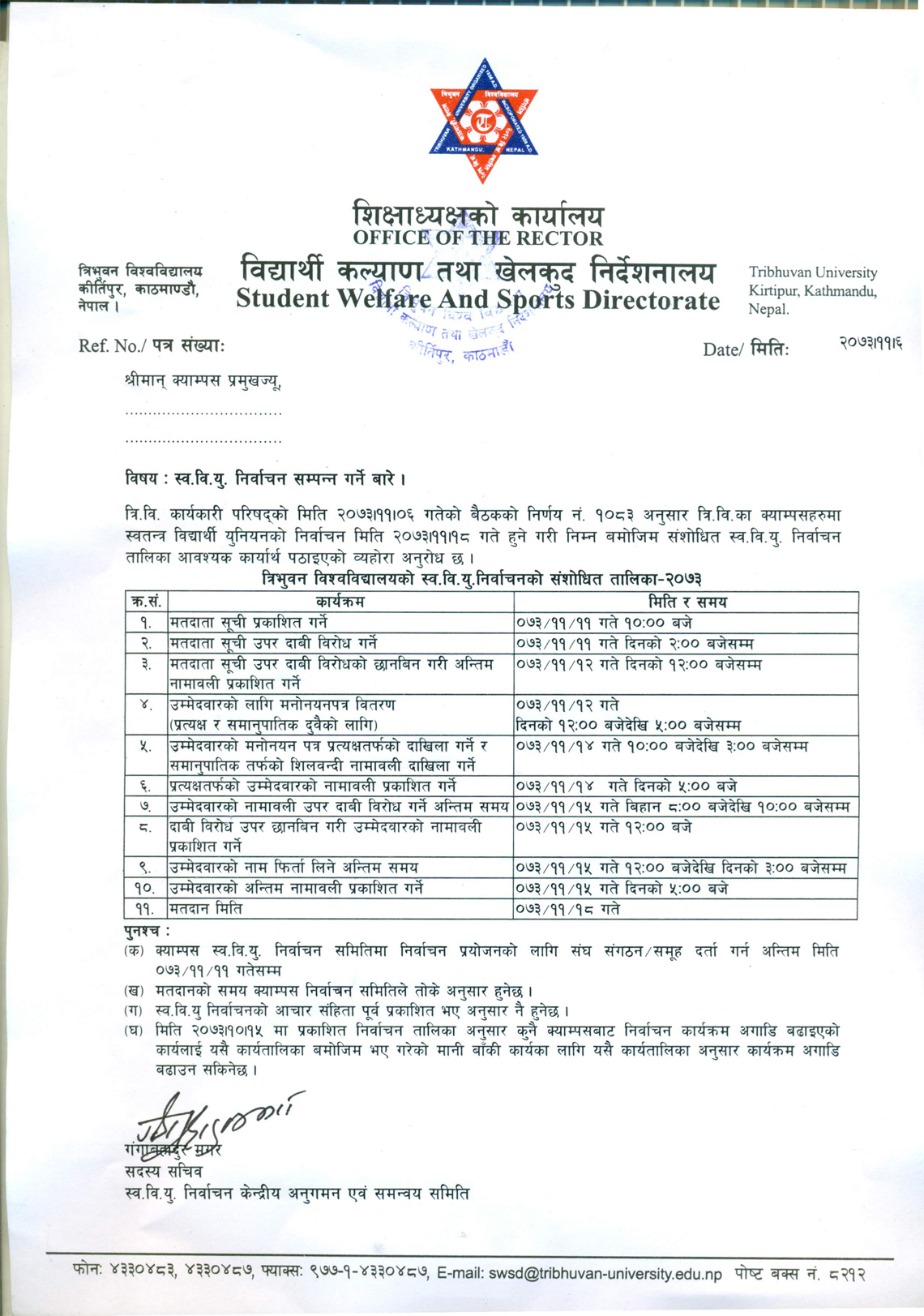 KATHMANDU, Feb 15: The Tribhuvan University (TU) held discussion with chiefs of the campuses of Kathmandu Valley regarding the preparation... Read More...